The first alarm goes off at 3:45 am, the start of the kitchen crew’s day, then the chorus begins, and the melody of the alarms carries all the way to morning stand up at 7:00.  From there, 201 AmeriCorps volunteers from all over the United States disperse around Louisiana.  Forty-one of those volunteers are from Conservation Corps Minnesota and Iowa.

Prior to our arrival, three field specialists worked in vital positions in the Incident Command Post, as some of those individuals returned home, more CCMI transitioned in.  As needs became apparent, CCMI found its way into the kitchen, facilities, field assessments, mucking and gutting crews, and the Joint Field Office (JFO), which is the place I came to know as my second home.  Our service took priority above who was on our crew.  Each crew became a modge-podge of crew members from multiple AmeriCorps programs, formed by our willingness to be flexible and our skill sets.

I found myself using the phrase “my crew” to describe many groups of people in my life in Carville, Louisiana.  My Northeast Minnesota crew are the people that I begged to muck and gut with when I needed a break from the office, the ones I spent three days driving with, and the people I spent my free time processing with.  Though we officially formed as a crew in Ames, Iowa, where we added two of the best Iowans I’ve ever met to our crew, we are a family.  They (and sometimes me) spent their days removing anything contaminated or damaged from people’s homes and suppressing the mold, to help families rebuild their homes.  Some days, when we were lucky, we spent time getting to know the home owners and hearing their stories.

The people I spent most of my working time with was my JFO crew, a modge-podge crew of two St. Louis Emergency Response (ERT) and three CCMI members.  They are passionate, fun, and incredibly gifted at Excel.  We spent our days acquiring and organizing data about the organizations that will be working in Louisiana long after AmeriCorps leaves.  These groups are known as Long Term Recovery Groups.  They are community based and work with numerous partner agencies.  This crew changed as our ERT members rotated out, allowing for a new and equally remarkable crew to form.  Then there is the crew I play cribbage with (I usually win), and the crew I watched the stars with, and so forth and so on.

As our time in Louisiana winds down, my crew, the Northeast one, took a night to share our highlights of our time here.  Our conversation became one filled with stories of survivors, the ones who cooked for us and authentically shared with us, the ones whose homes would never be able to be restored.  We talked of the transition and what will happen when our mission ends.  We laughed, some cried, and our focus was here, on the people who let us come into their lives.  We came to be present here in Louisiana, to serve people, and most importantly, to hear people.

So this week, as the alarms start going off each day at 3:45, we’ll rise and put on our Tyvek suits or go to the office or begin making calls.  And we’ll keep going until our trucks return north.  As we transition out, other crews will continue working, adding to the 546 homes that have been gutted.  Then, as AmeriCorps demobilizes all together, other organizations will continue working for the foreseeable future.  When we get home, we will soon forget about all the alarms, how close the cots were together, and we’ll even forget about all the crabby times in the truck.  But we’ll remember the homeowners who demanded hugs over handshakes, the neighbors who offered food and stories, and I’ll even remember the FEMA staff who sent me encouraging emails about the importance of my excels sheets. 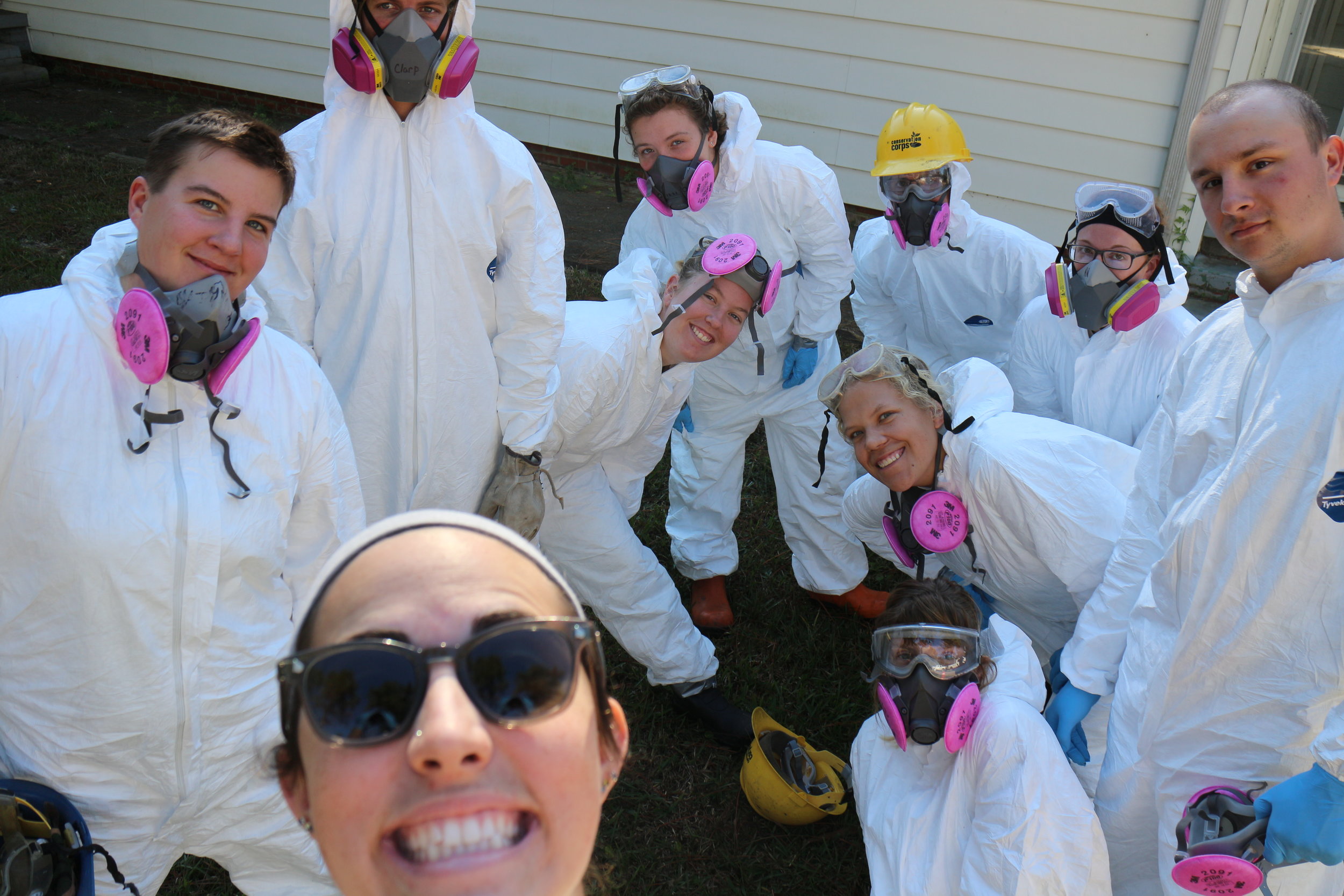 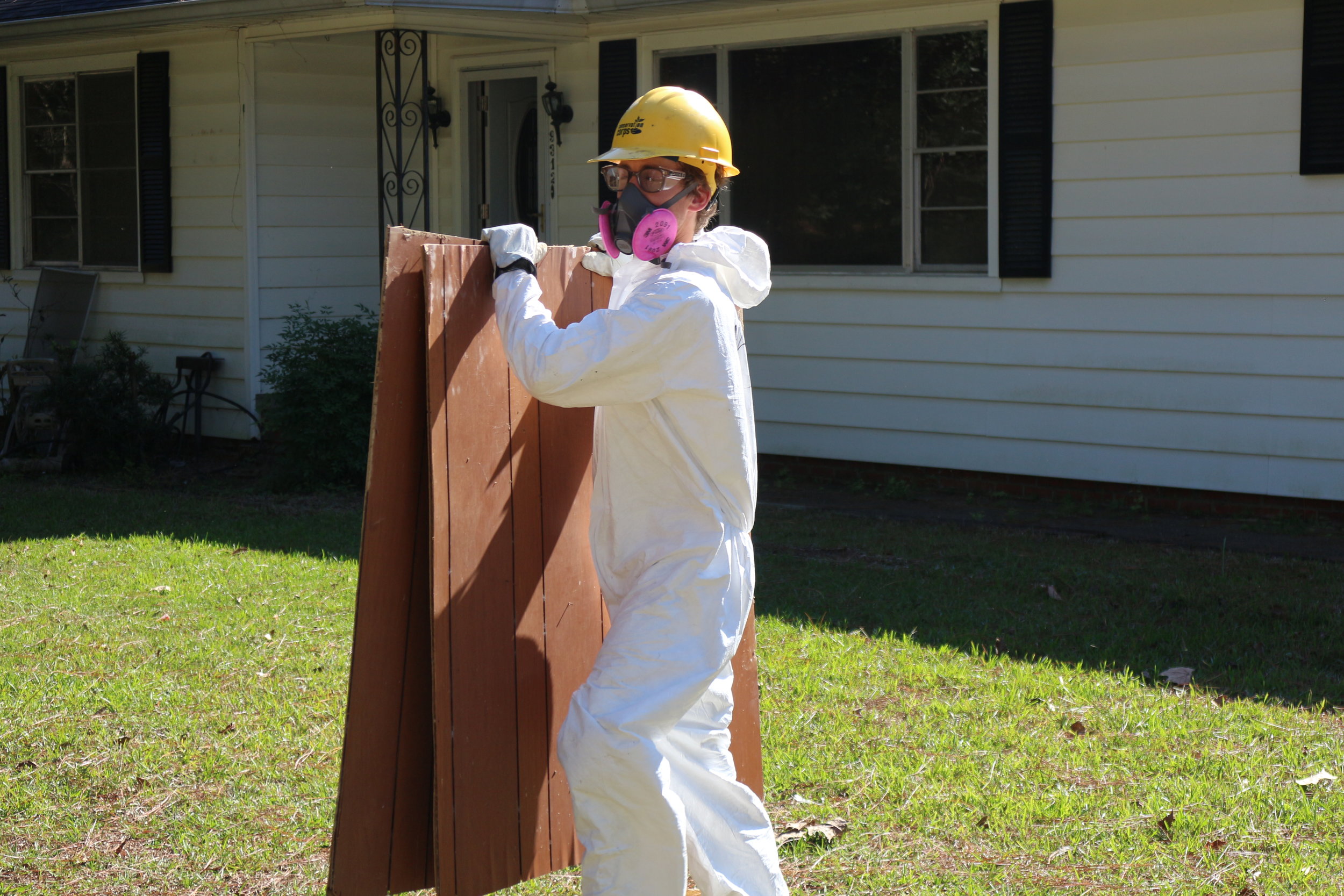 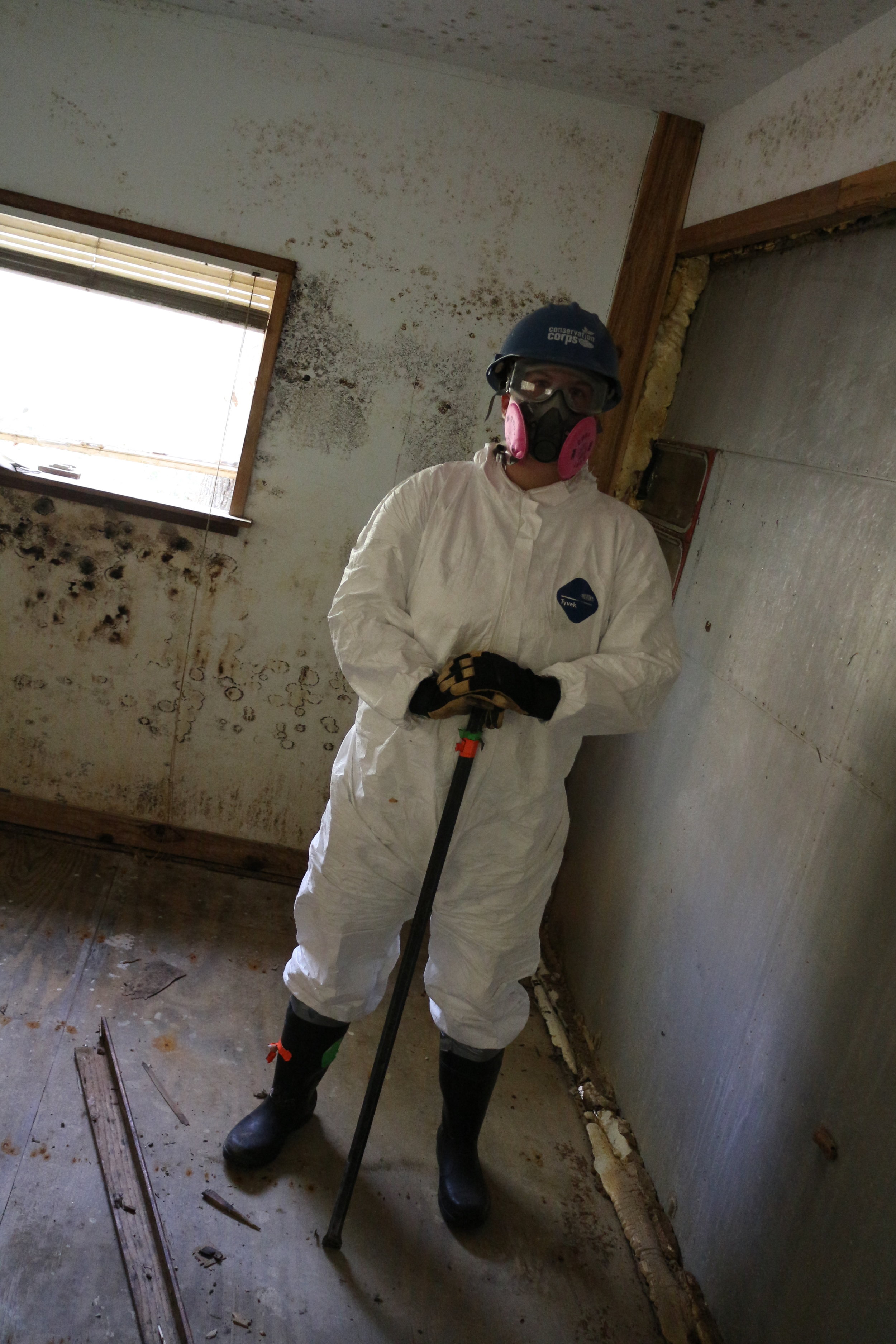 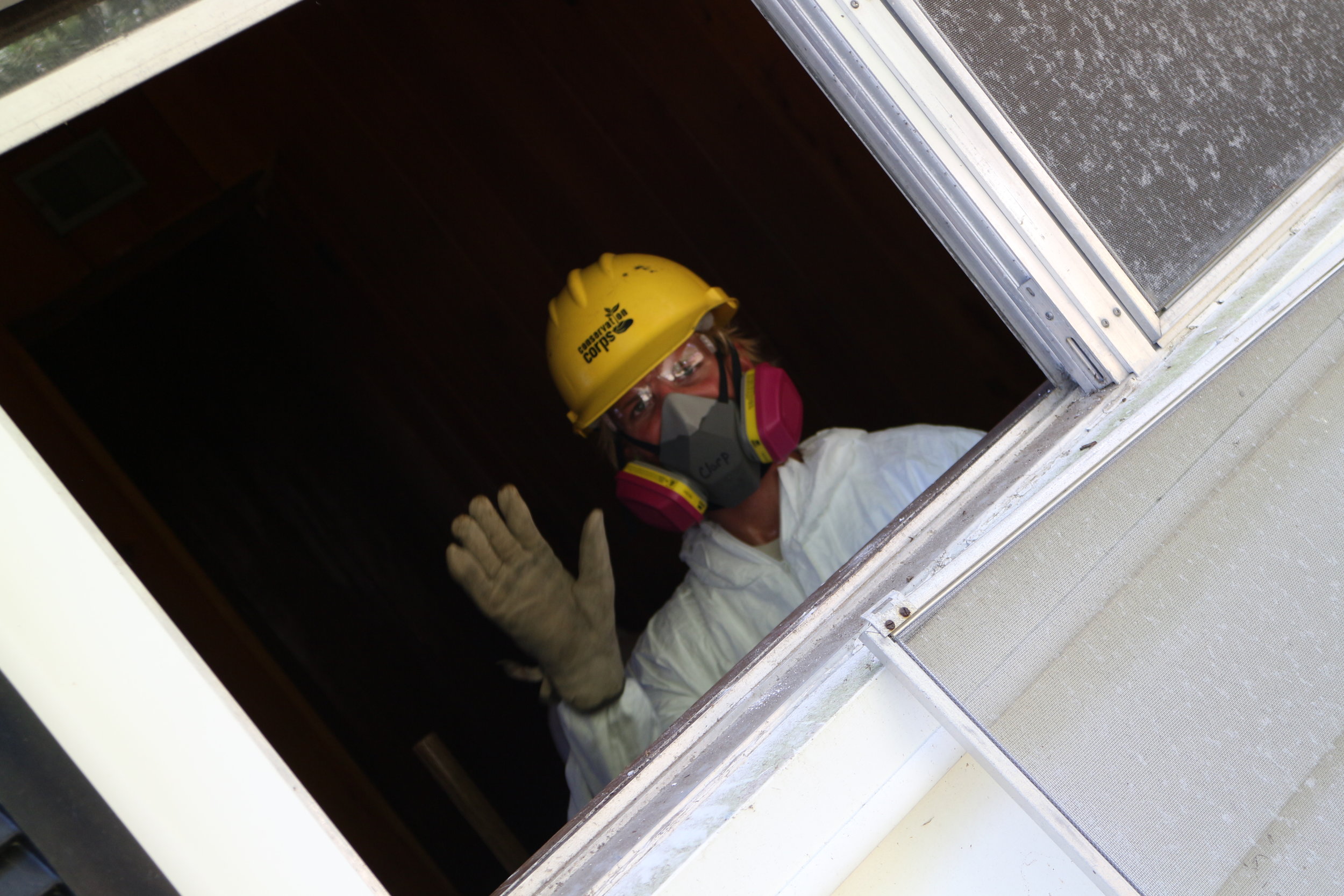 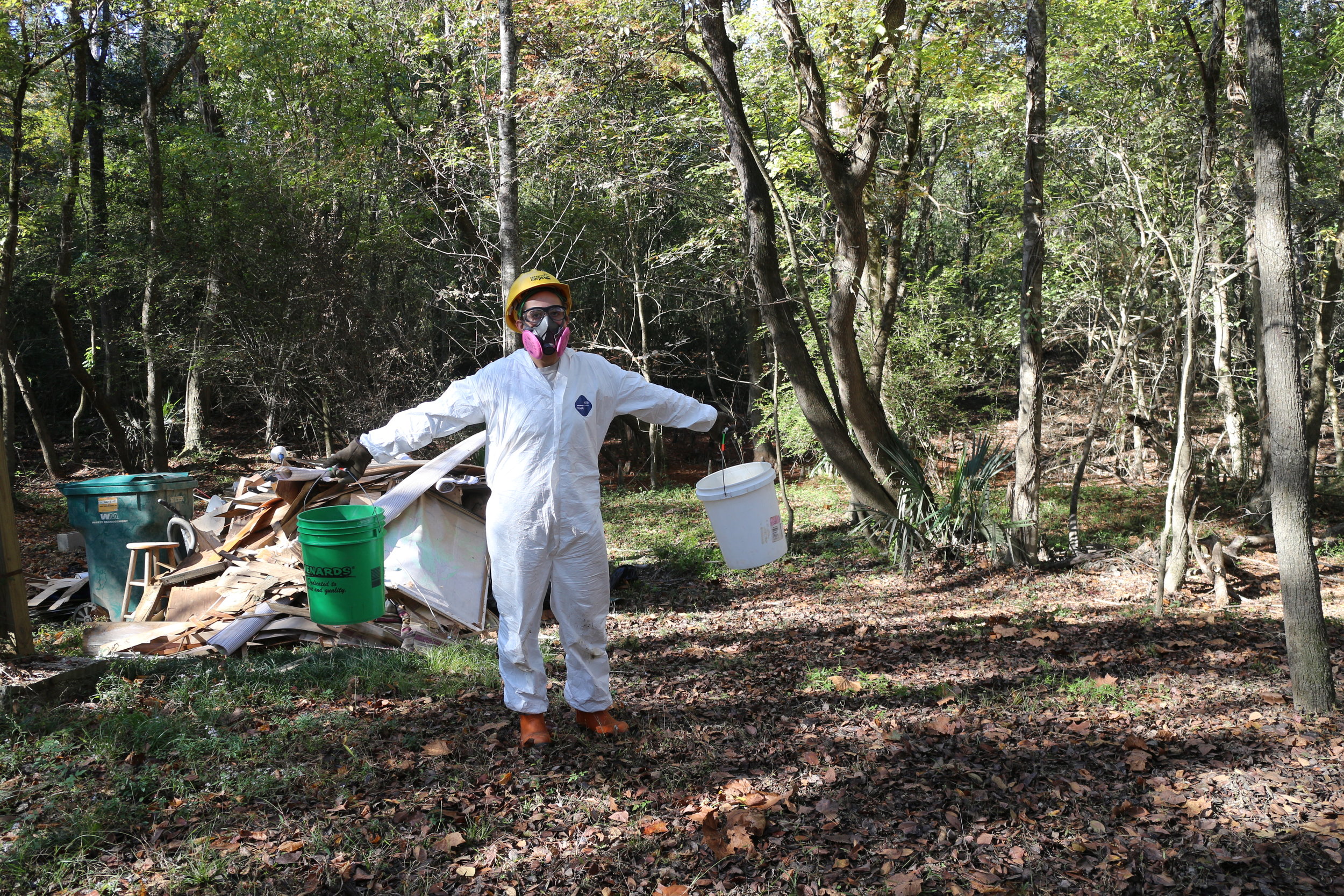 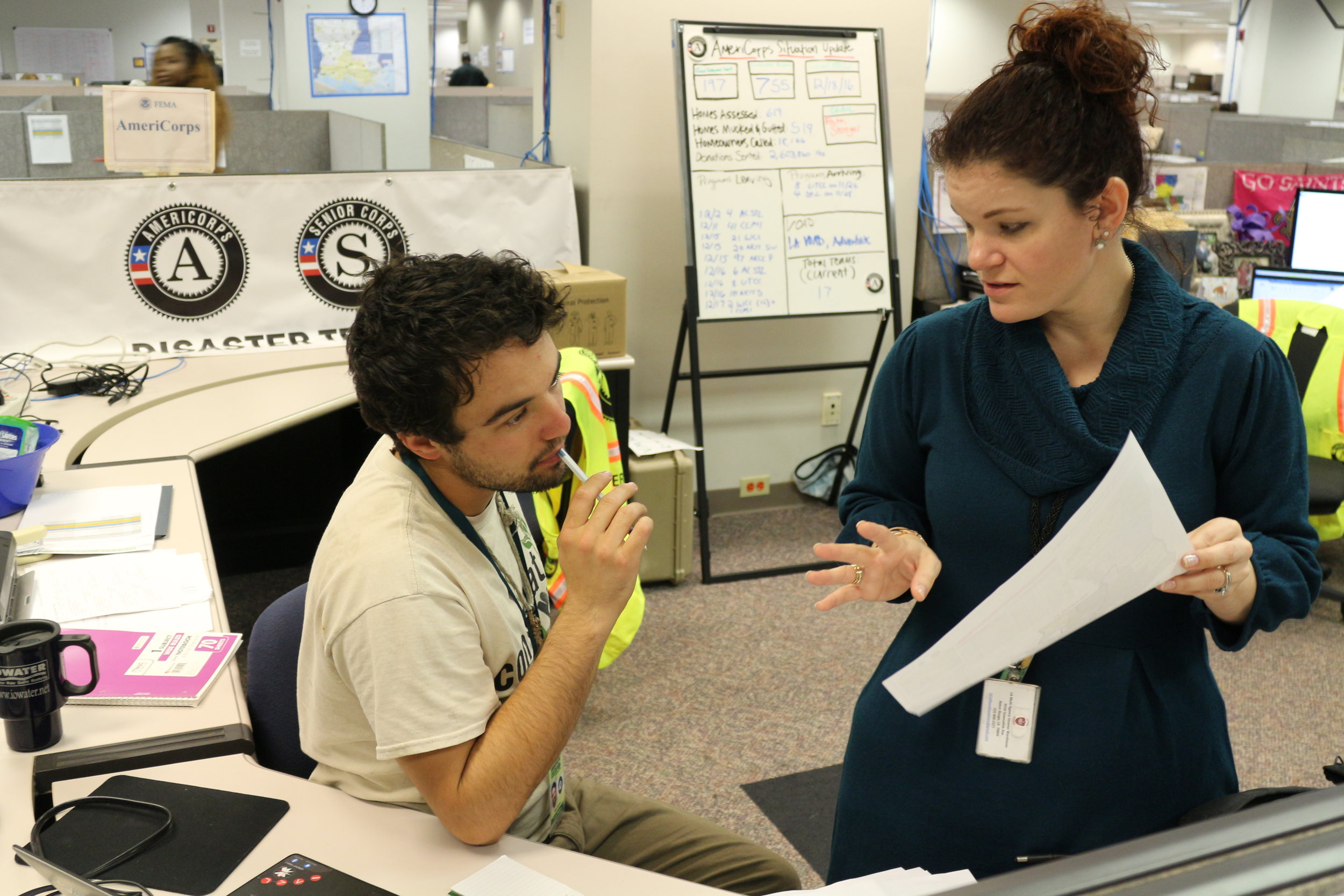 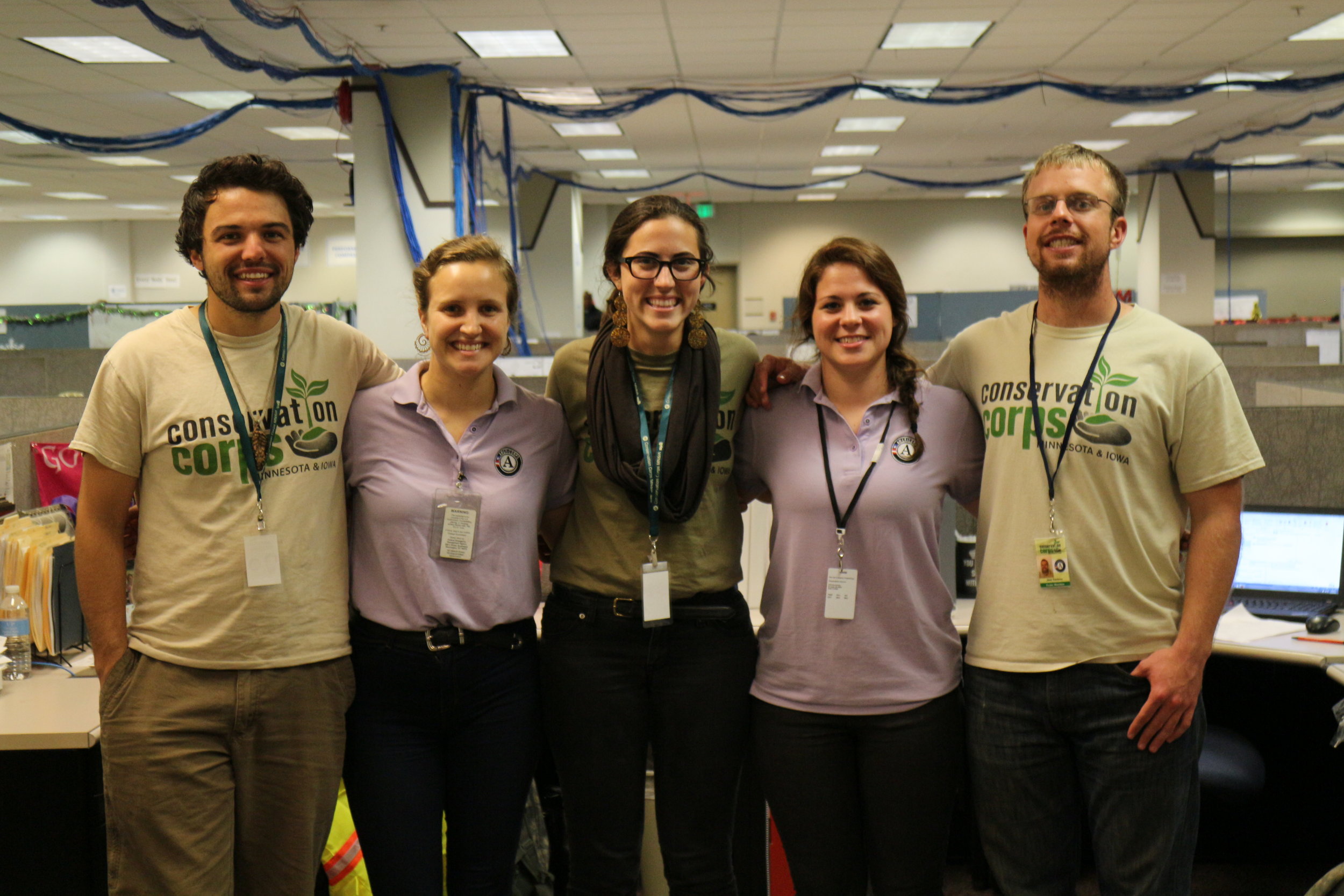 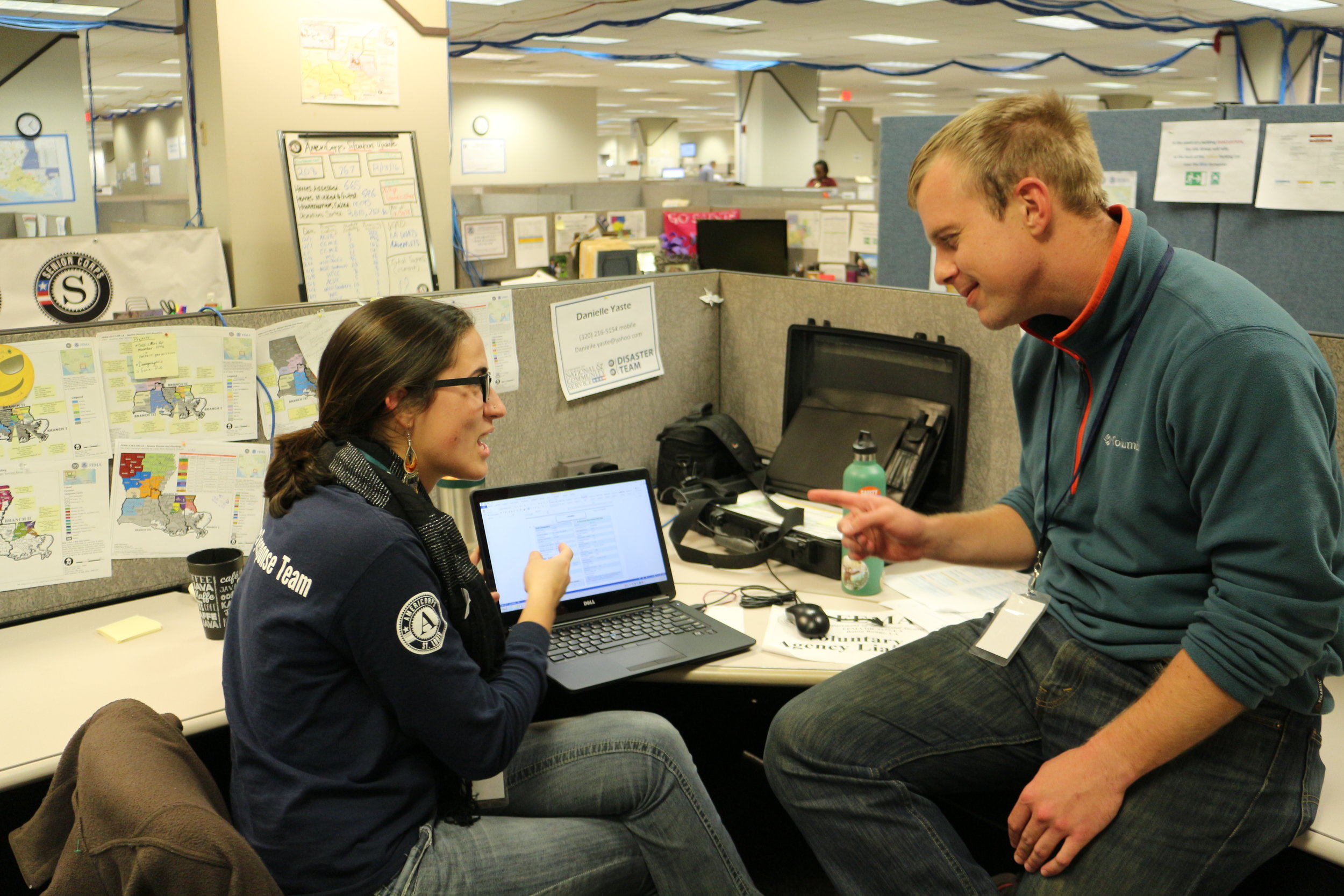 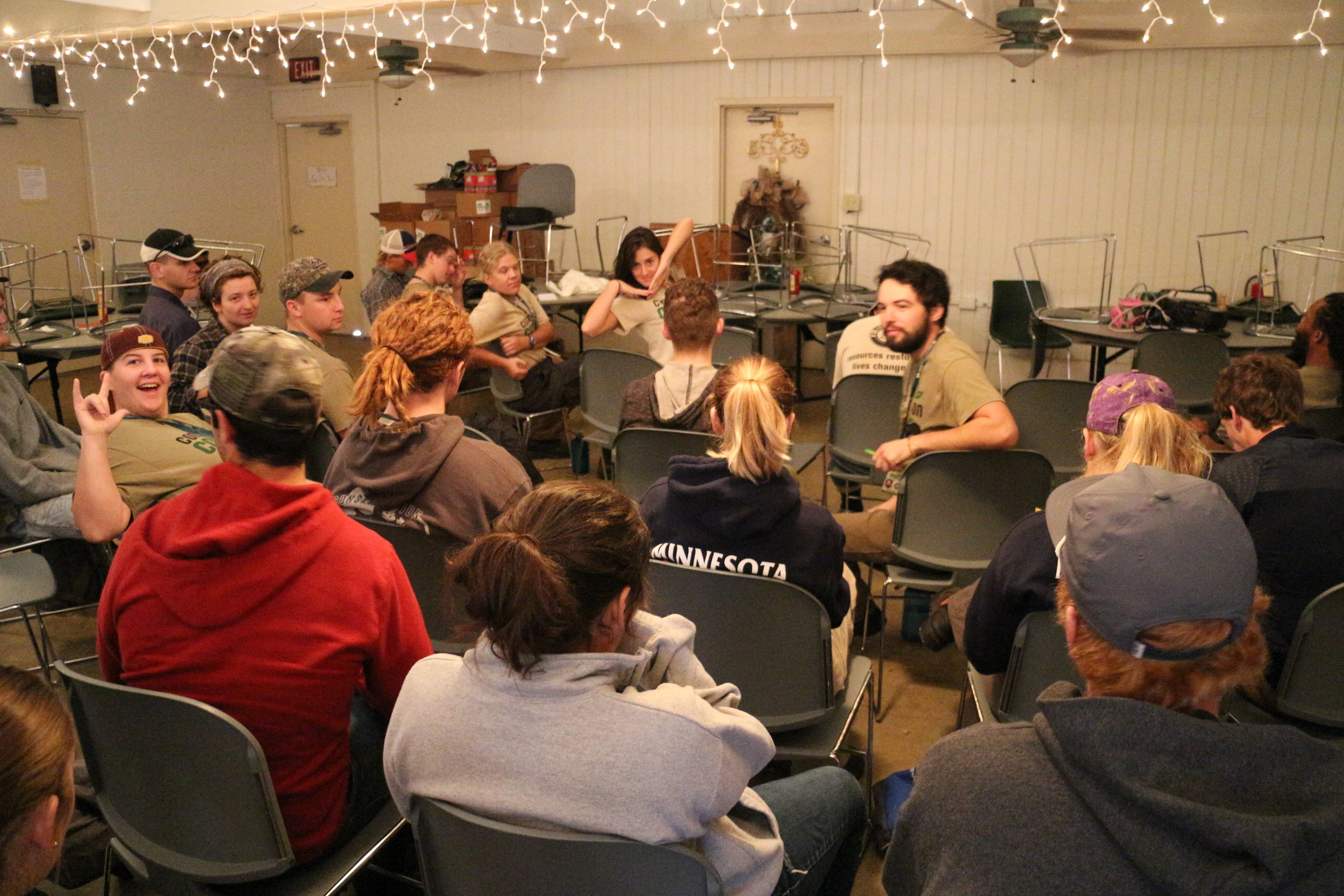 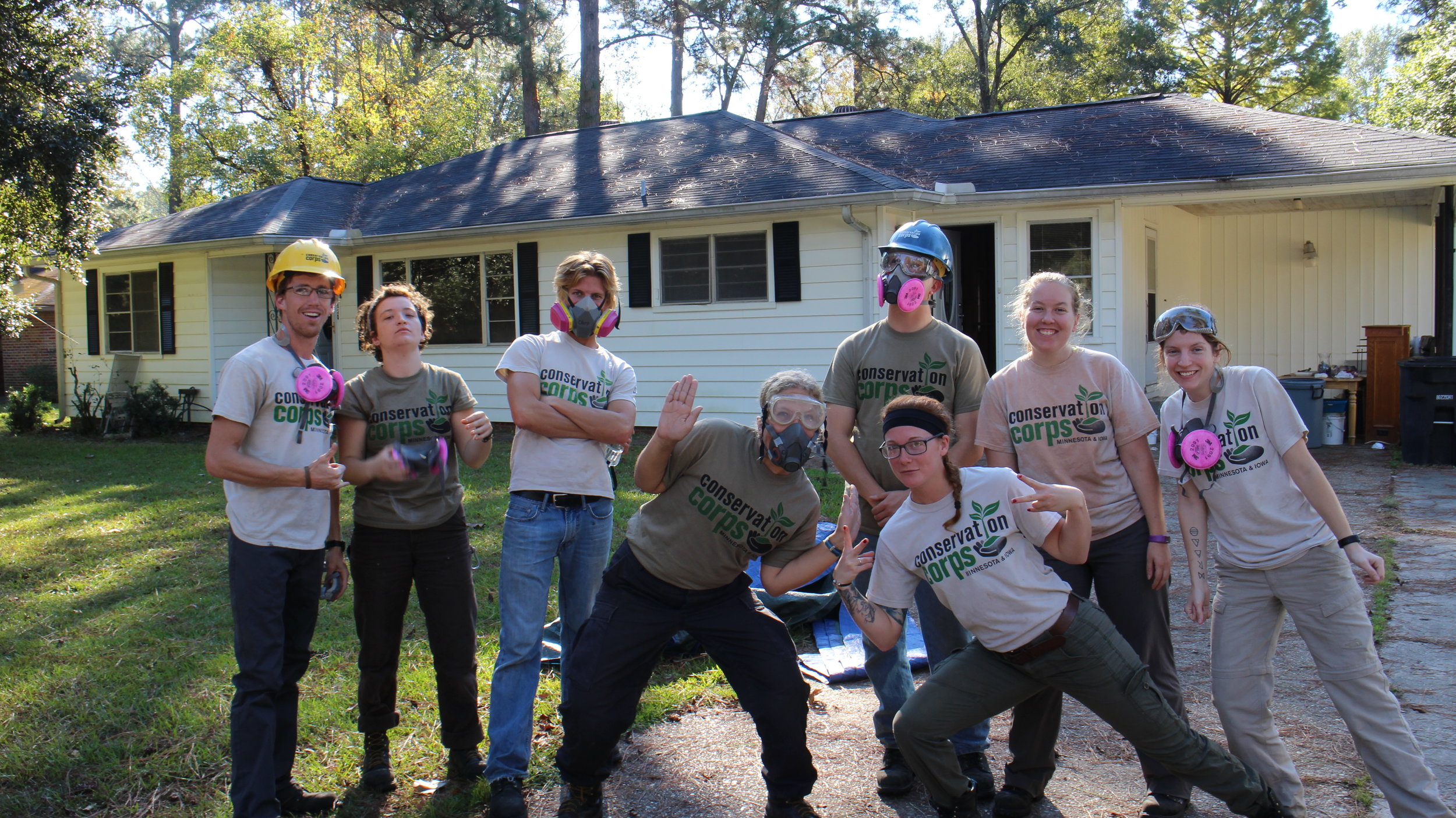