Projects for every season

As the weather and seasons have changed from the beginning of the Conservation Corps term, so have the projects.  The seasons of projects vary with the district, and even contain some variance amongst the crews within the districts.  My crew, the Moose Lake crew, has moved almost seamlessly from prescribed burn prep, to fire season, to tree planting, to the current season–invasives.  Invasive plant species are a type of plant that is not native to an area and has the capability to spread rapidly and cause negative effects to the surrounding environment.

For the past six weeks our crew has mapped and treated invasive plants in seven different state managed areas.  We have had the privilege to use a new invasive detection and monitoring system while working with the DNR Resource Specialists of Northeastern Minnesota.  With an i-pad we are able to hike trails and grid through parks and when we locate an invasive plant we can take a picture of it, create a gps point, give a density description, and add various other attributes.  All this information is then sent to the database manager who can confirm the plant identification and use the data to address the invasive issue. This system minimizes the chance of an incorrect identification and it allows space for more information to be gathered than what would be on a GPS unit.  As a crew we have each covered more than 60 miles using the Great Lakes Early Detection app.

Not only have we gotten an immense amount of experience identifying invasive species, but every time the weather allows, we have been treating invasive species.  As part of a grant, our crew has walked nearly the entirety of the Willard Mungard Trail treating noxious weeds with back pack sprayers—a trek that spans from Duluth to Hinckley, Minnesota.  The goal of the project is to remove the noxious weeds allowing for the native grasses to thrive in the area—these grasses are currently being pushed out by large amounts of Knapweed, Tansy, and Thistle. The area treated by our crew, combined with the mileage trekked while identifying invasives, gives our crew a grand total of over 150 miles put in. 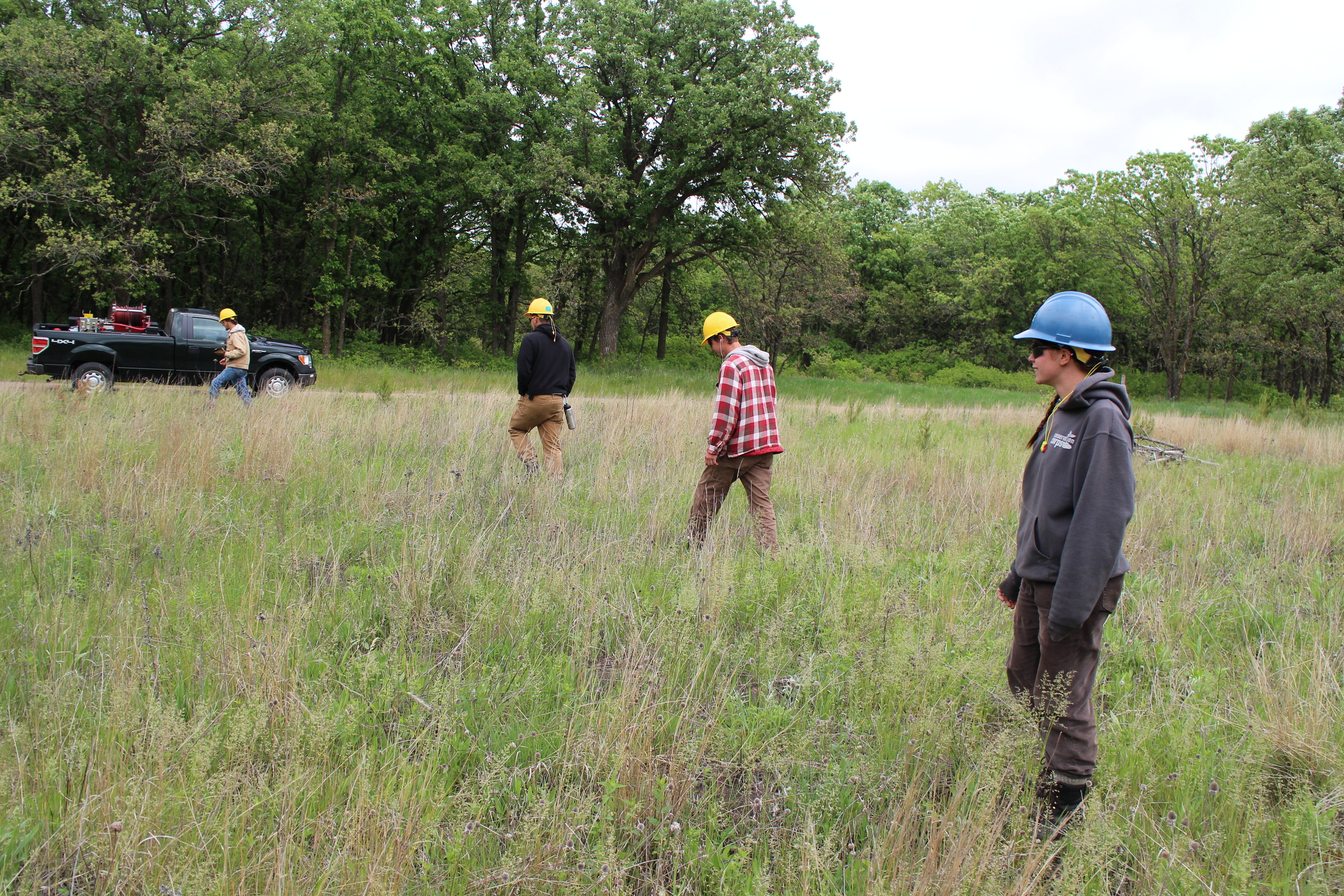 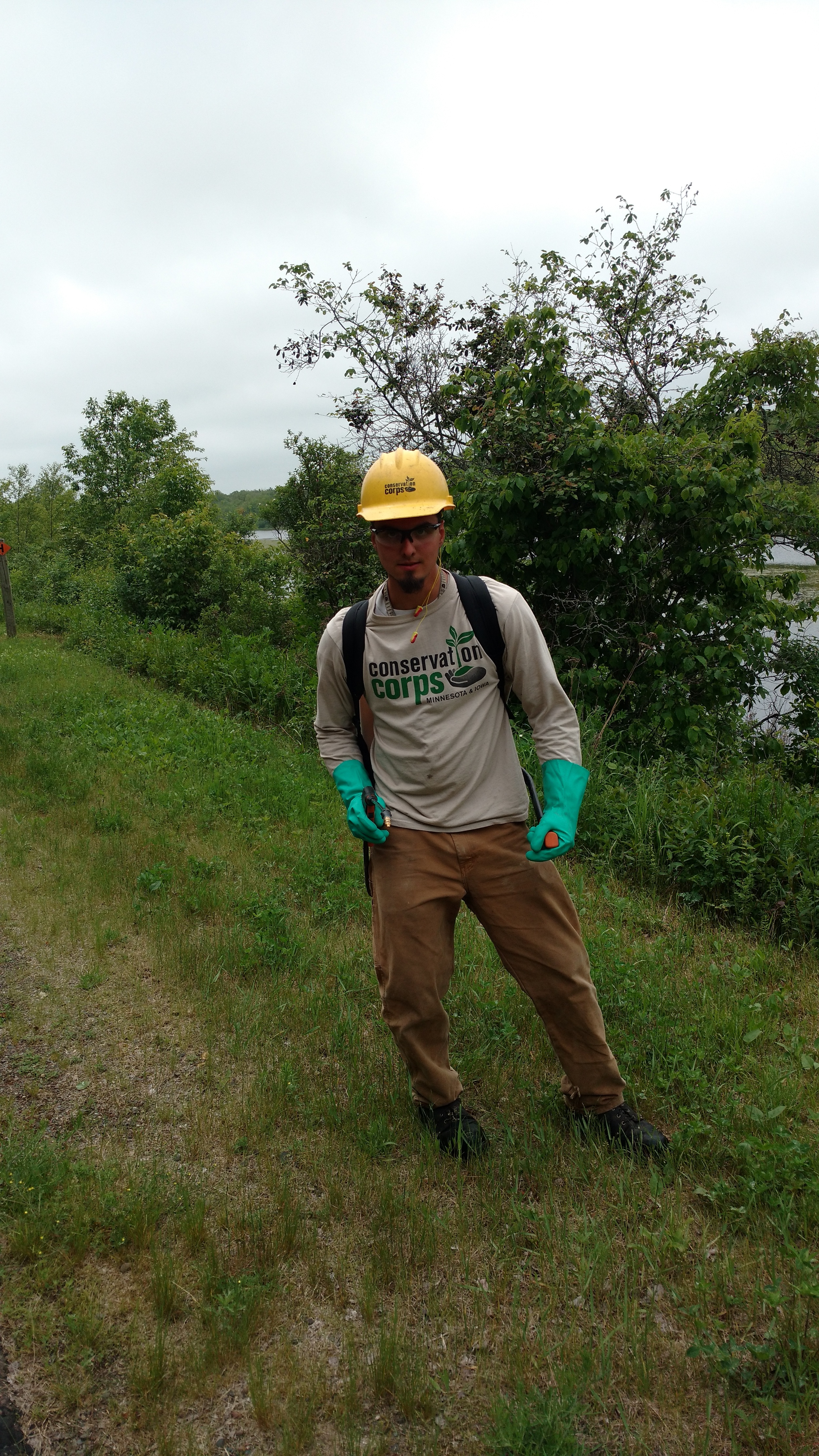