The Three Rivers Wildlife Crew participated in a butterfly survey on Thursday, August 23 at Crow-Hassan Park Reserve in Hanover, Minnesota. The crew, along with staff from Three Rivers Park District, arranged themselves in a long line spanning a specified section of prairie. They walked as a group with nets in hand, searching out the regal fritillary.

The regal fritillary (speyeria idalia) was introduced to the park three years ago, starting with a total of 24 butterflies. Habitat loss and fragmentation have greatly affected the species, which once spanned from Maine to Montana and south to North Carolina and Oklahoma. Crews have been involved in the surveys over the years to help monitor the regal fritillary’s success in the park.

As the group walked the length of three different sections of prairie in turn, they kept record of the regals both seen and caught. With the caught regals, the group determined the sex before releasing them back to the prairie. Monarchs were abundant and being able to spot the regals in the mix is a learned skill. The group communicated to one another as the butterflies swirled around them, and were able to catch several in their nets.

Adult regals are present between late June and early September with the males emerging a few weeks prior to the females. This was the group’s second survey of the year, and they were looking especially for the female regals this time. Many of the caught males were more tattered than their female counterparts—but all were a joy to see. Throughout the survey, crew members had smiles on their faces, for it’s not every day that the sun is shining and they have butterfly nets in-hand! 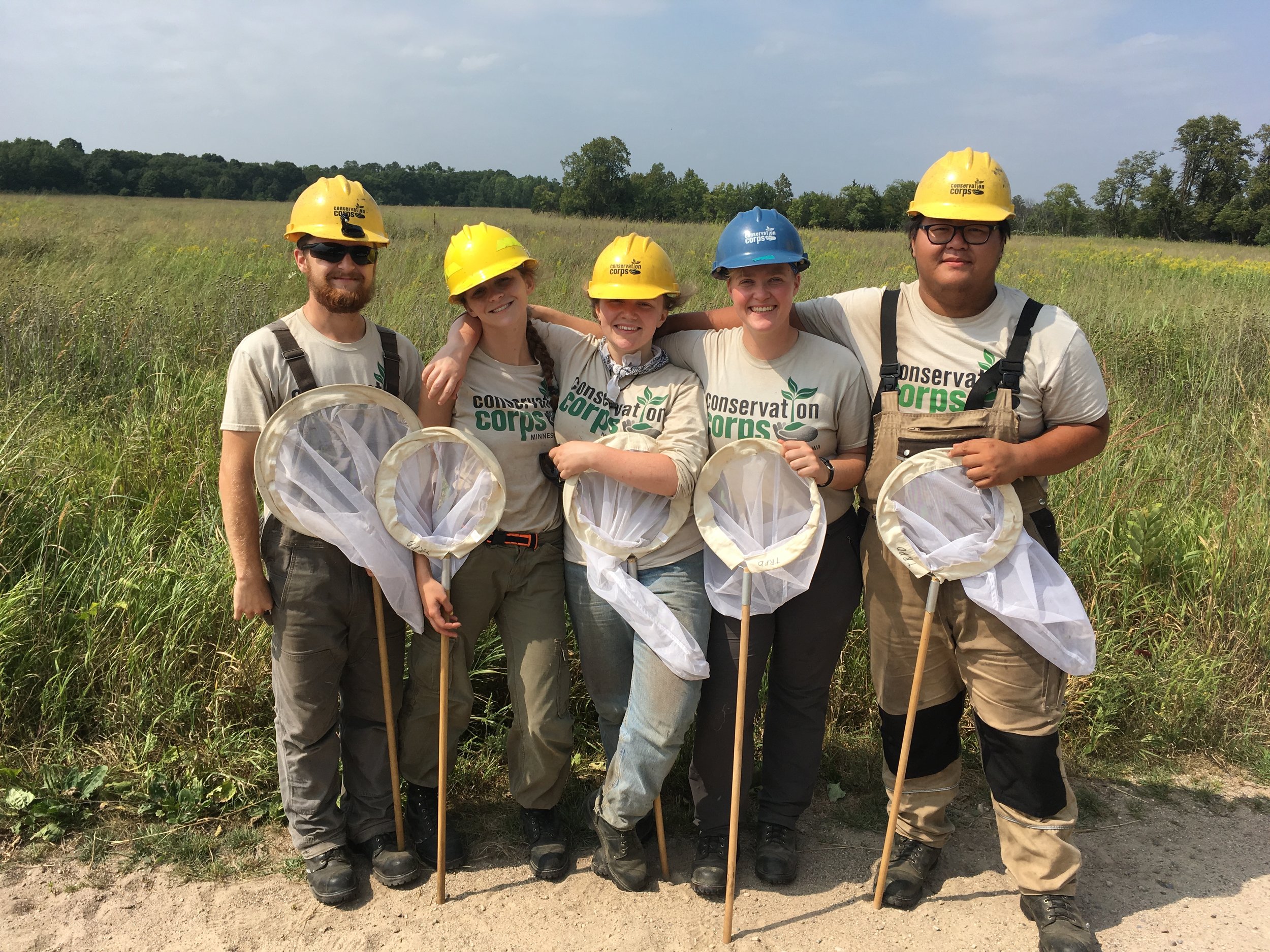 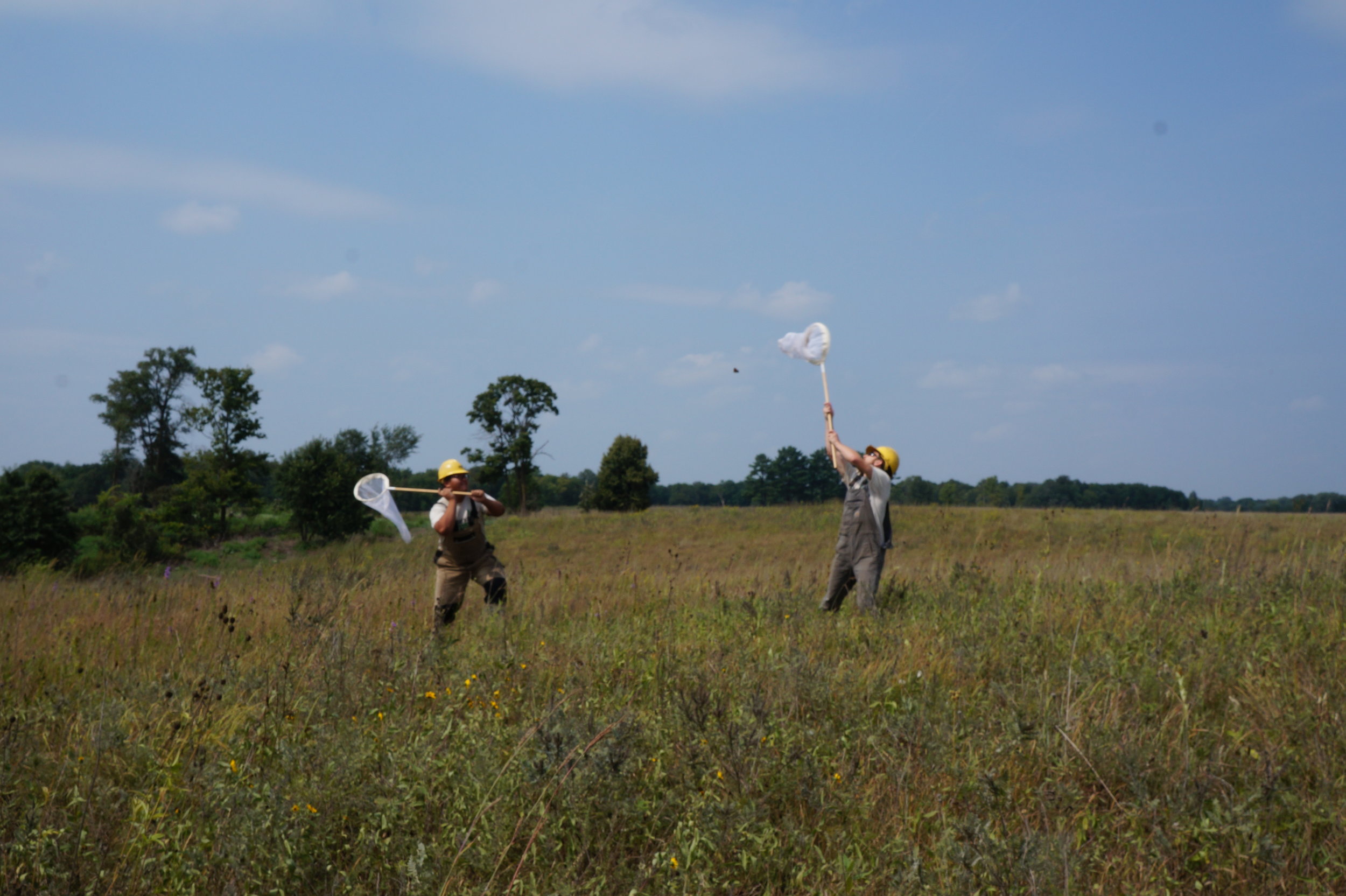 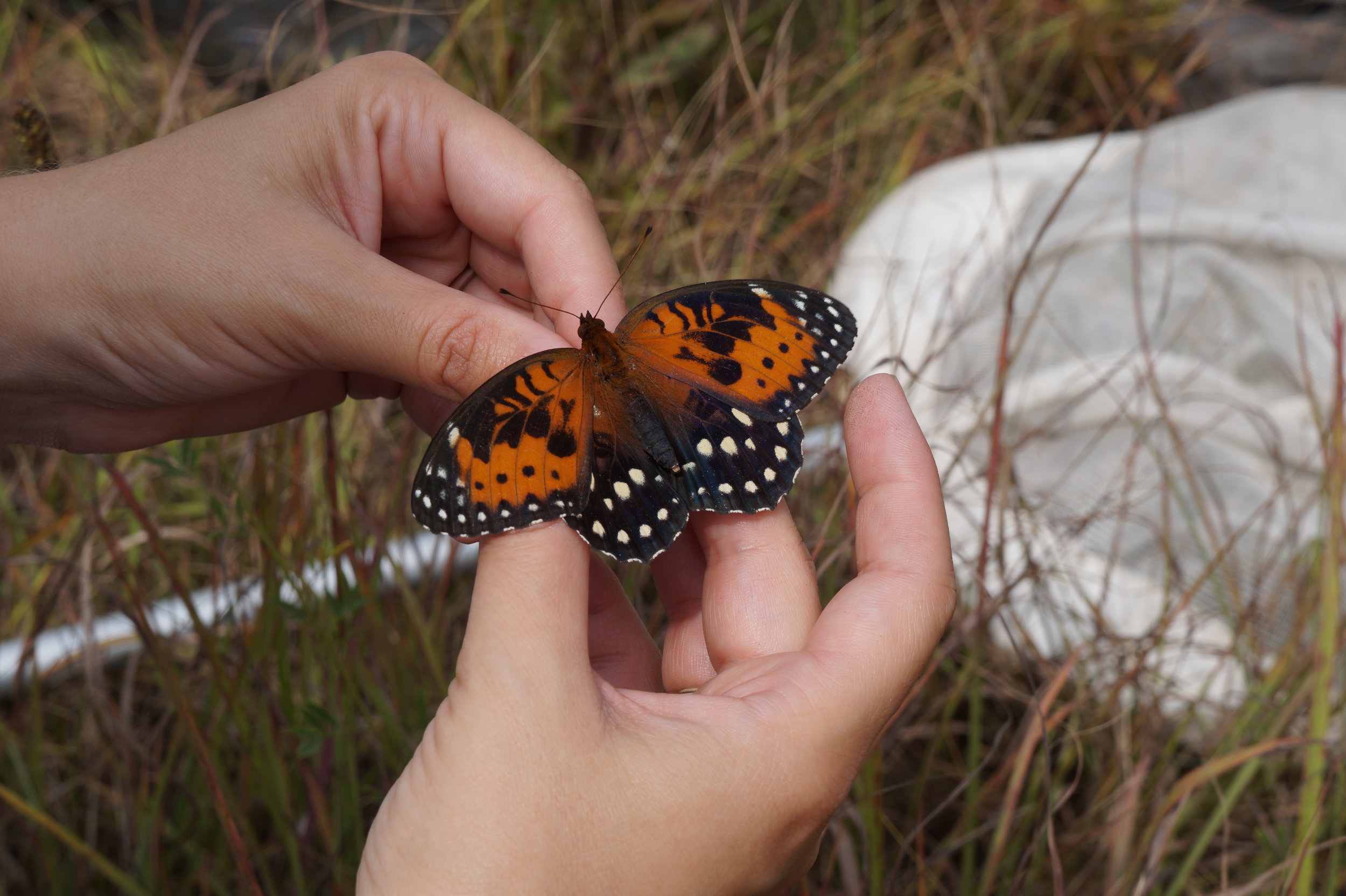 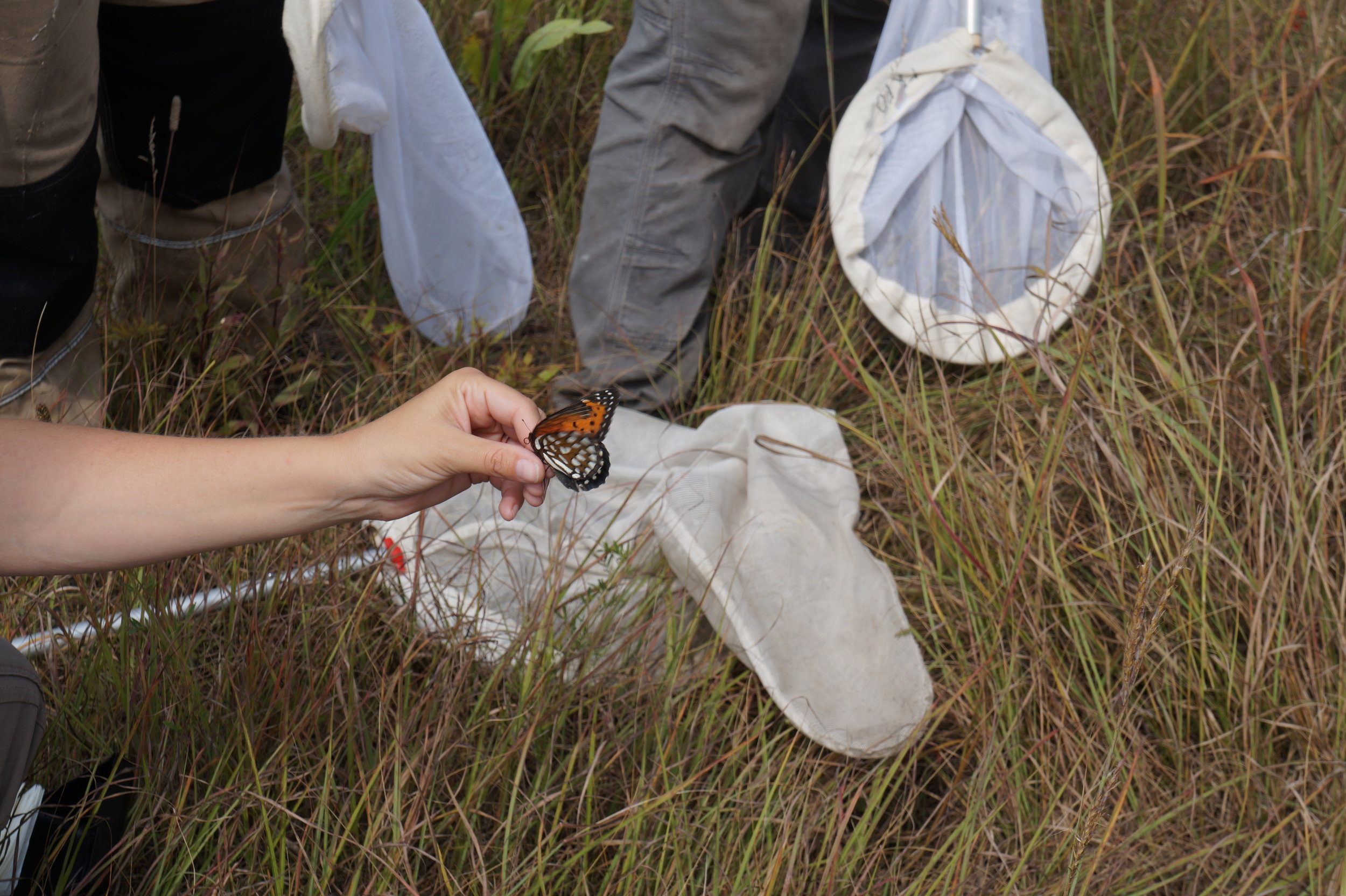 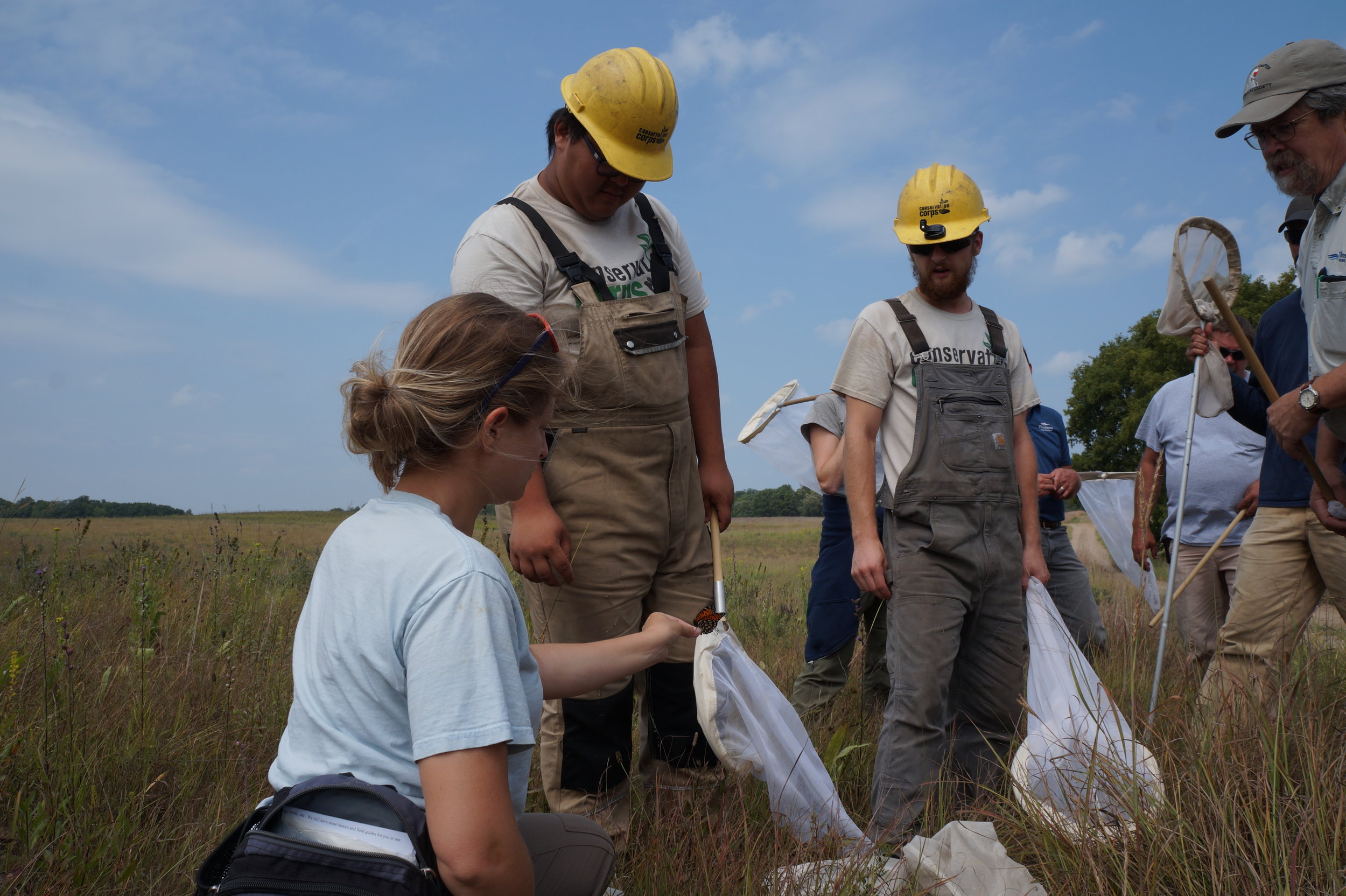 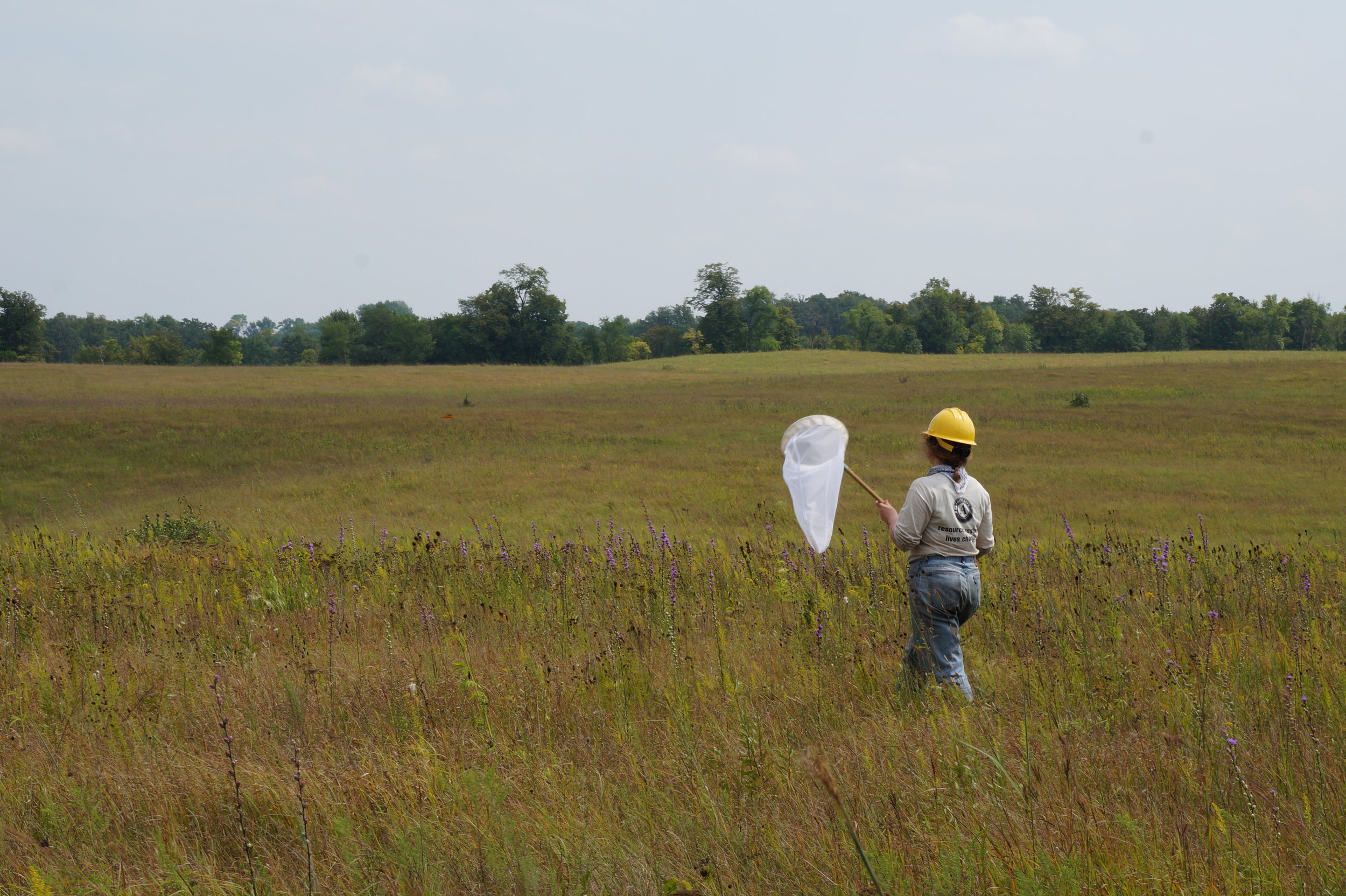 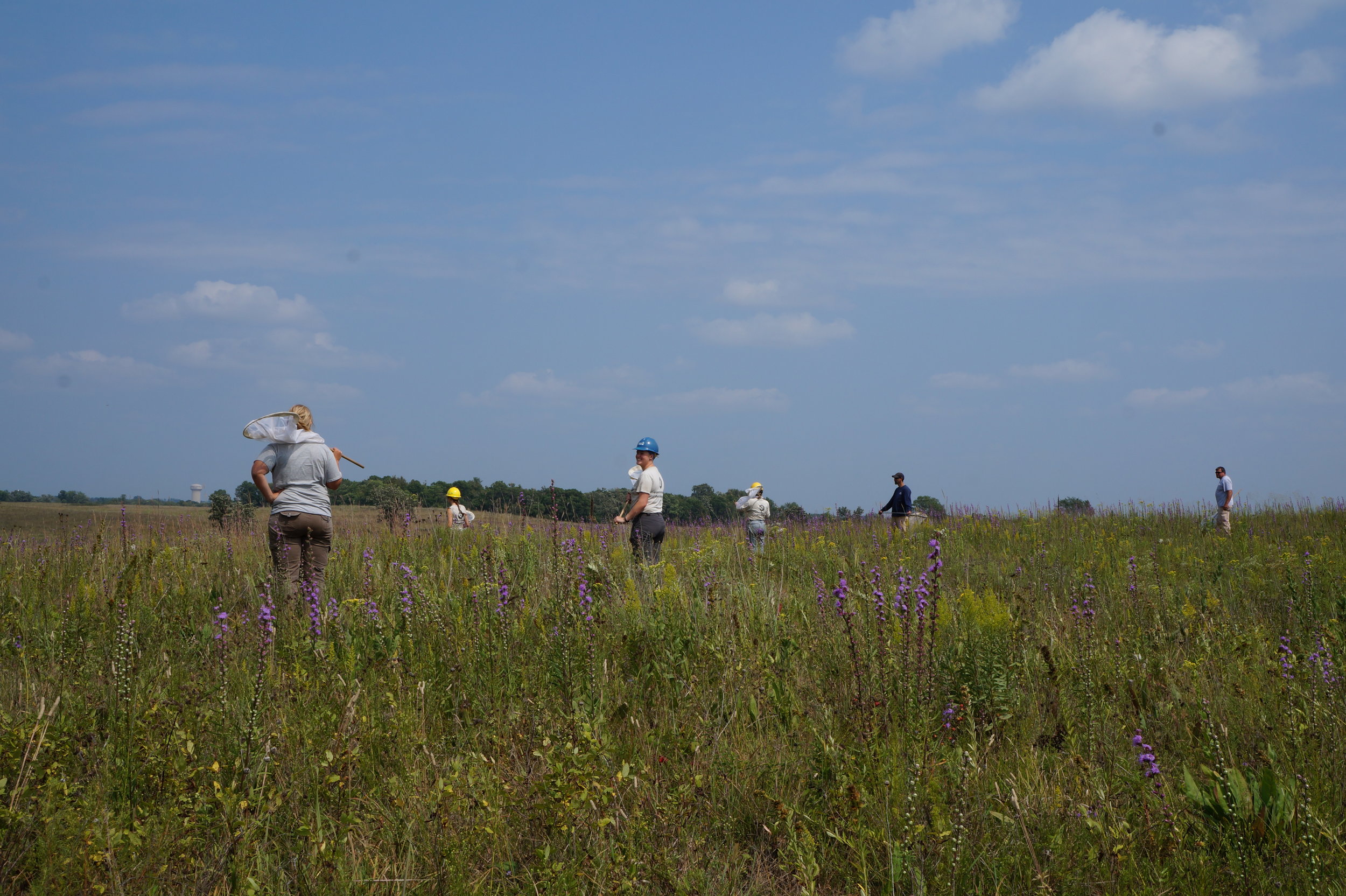 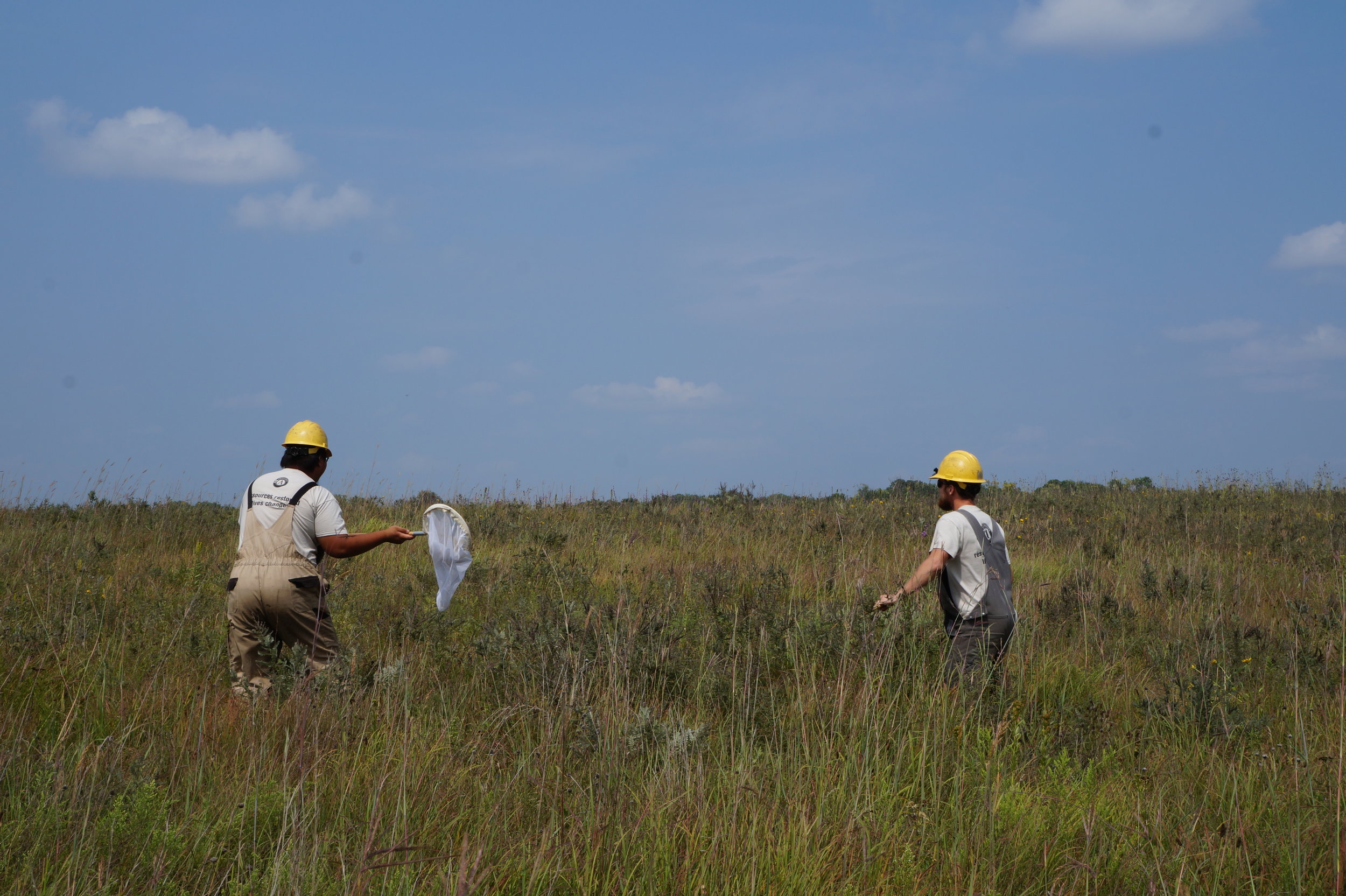 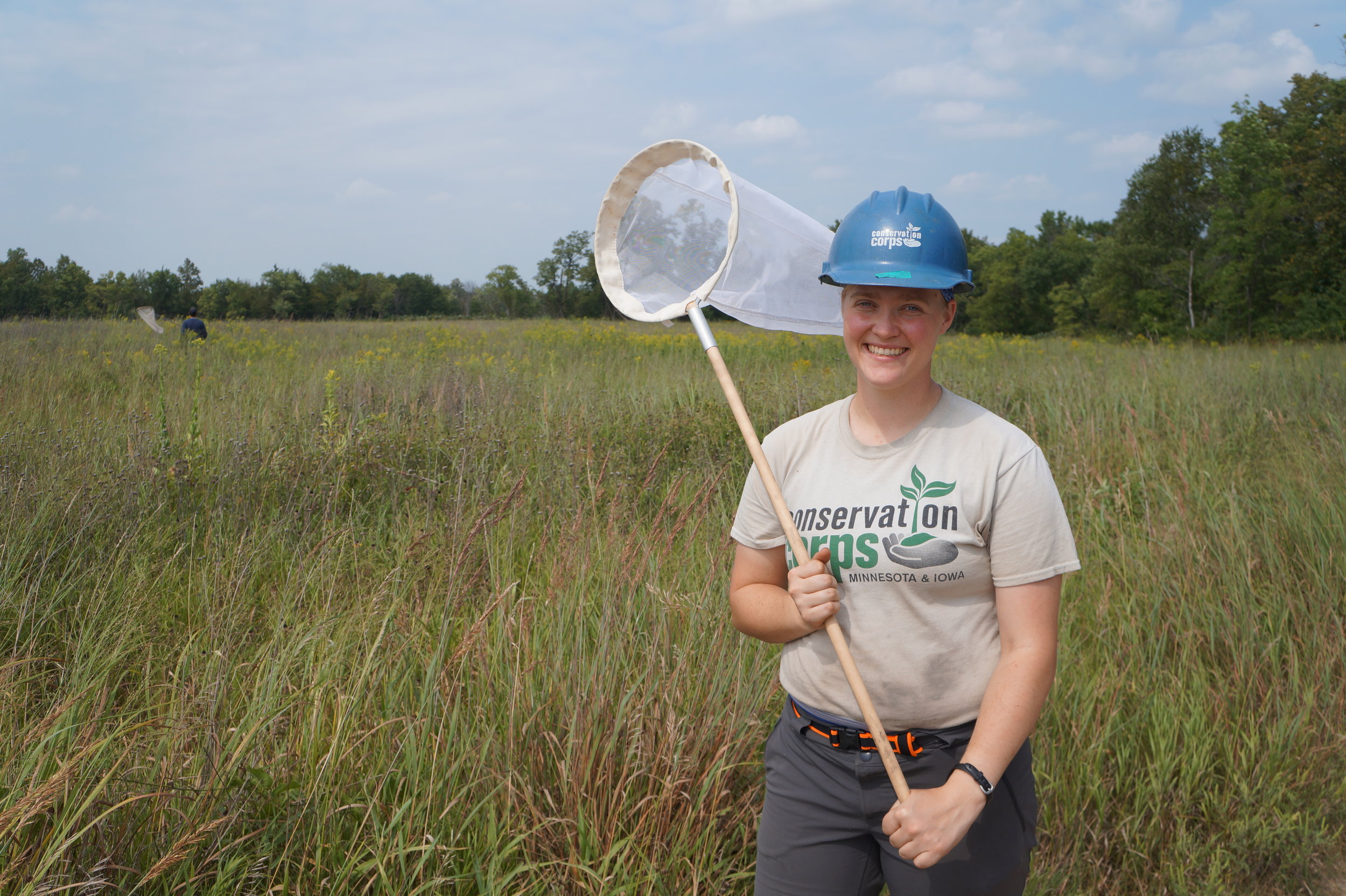