It is officially September, so we can start celebrating fall! Pumpkin spice lattes, candles, and even cleaning supplies are back, overnight lows are finally below 60 degrees, and big-box stores are lining their shelves with Halloween decor. These are very human signs of fall. Minnesota, on the other hand, has her own signals that fall is coming. 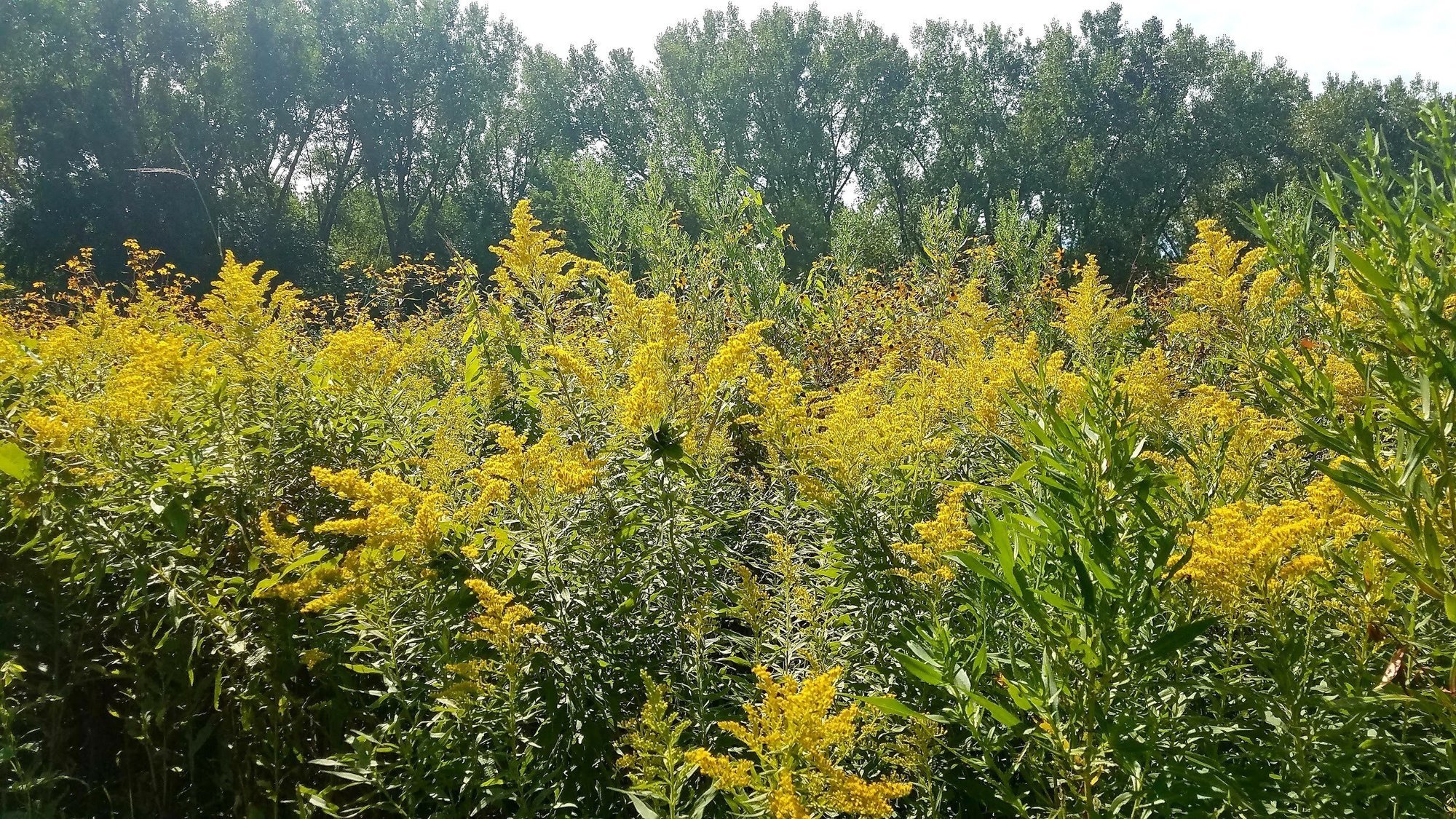 One of the early indicators that fall is nearly here are the bright yellow blooms of goldenrod, often found growing in clusters. These beauties start to bloom in mid-August, but by now, they are large, showy harbingers of what is to come. 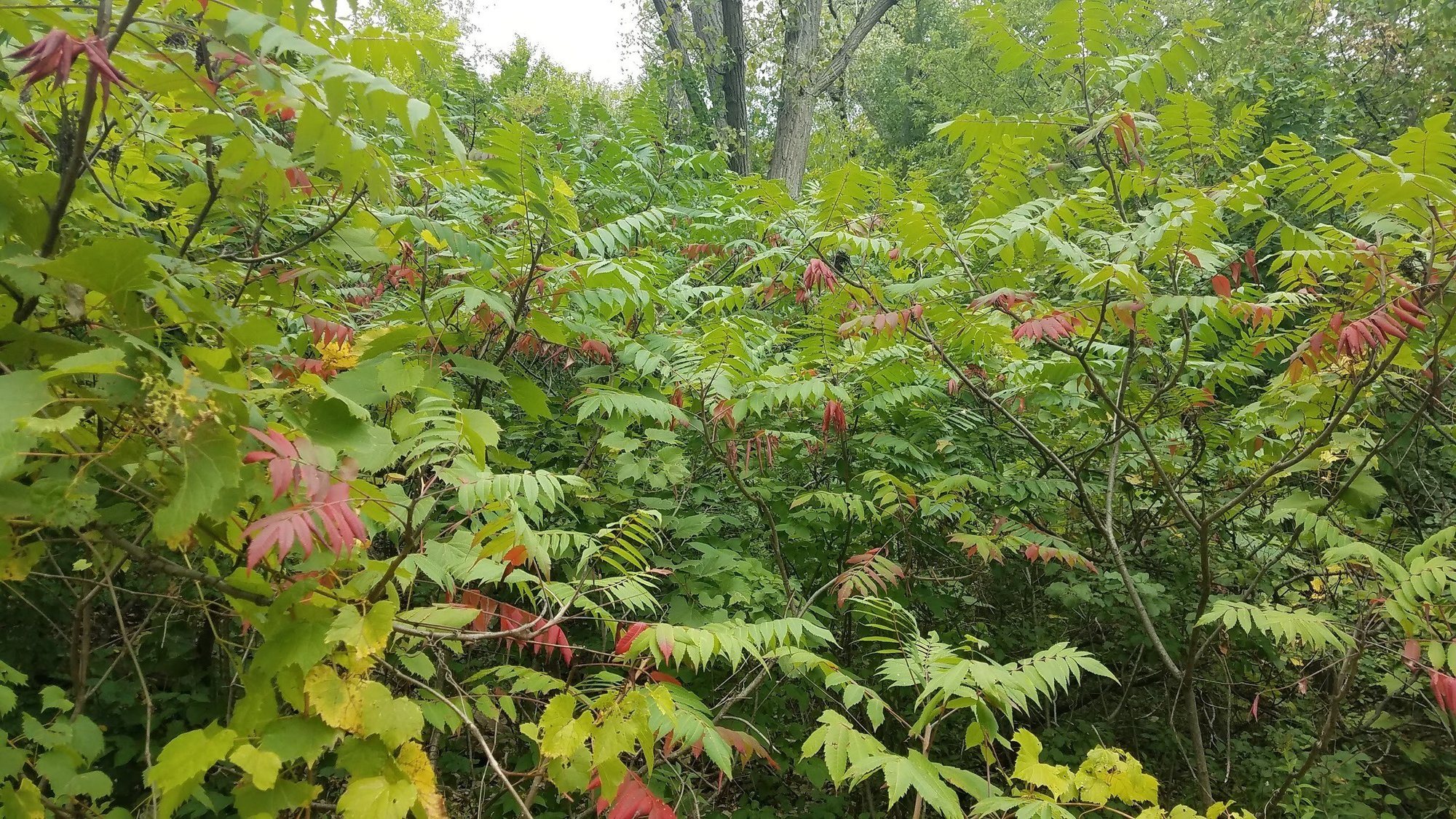 Autumn is defined by change; that of leaves, of weather, of routines, so it would be remiss of me not to mention one of the first changes of fall, smooth sumac! Smooth sumac leaf tips are beginning to turn a brilliant red color and soon will brighten the woods as well as the roadsides. 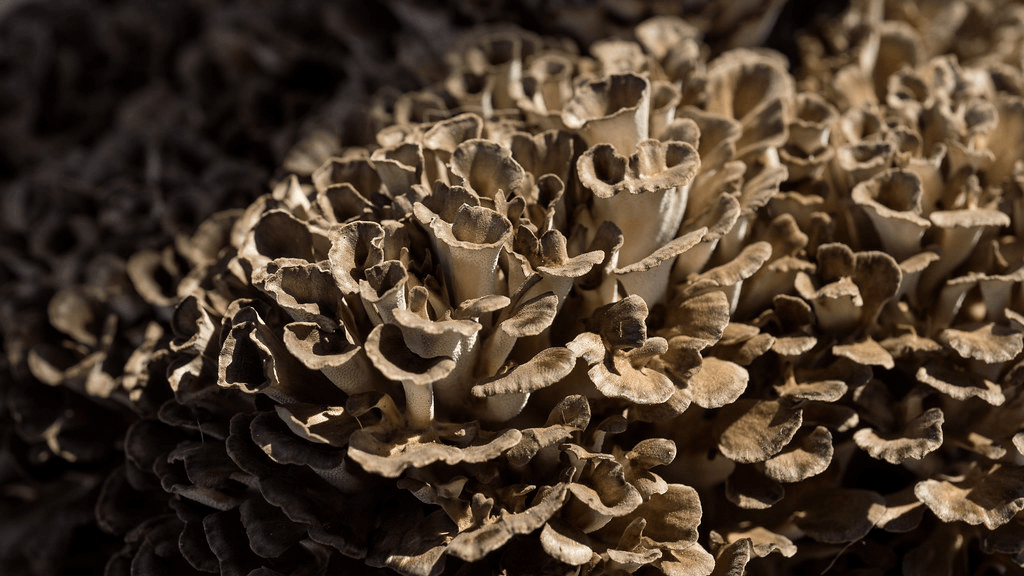 As the weather is beginning to cool, long hikes through hardwood forests are more pleasant than ever. If you’re near oak trees, keep an eye out for a few hints of approaching fall: acorns and Hen-of-the-Wood mushrooms! Hen-of-the-wood is a tasty mushroom, but do not eat it if you are not a professional forager, as mushrooms can be poisonous. 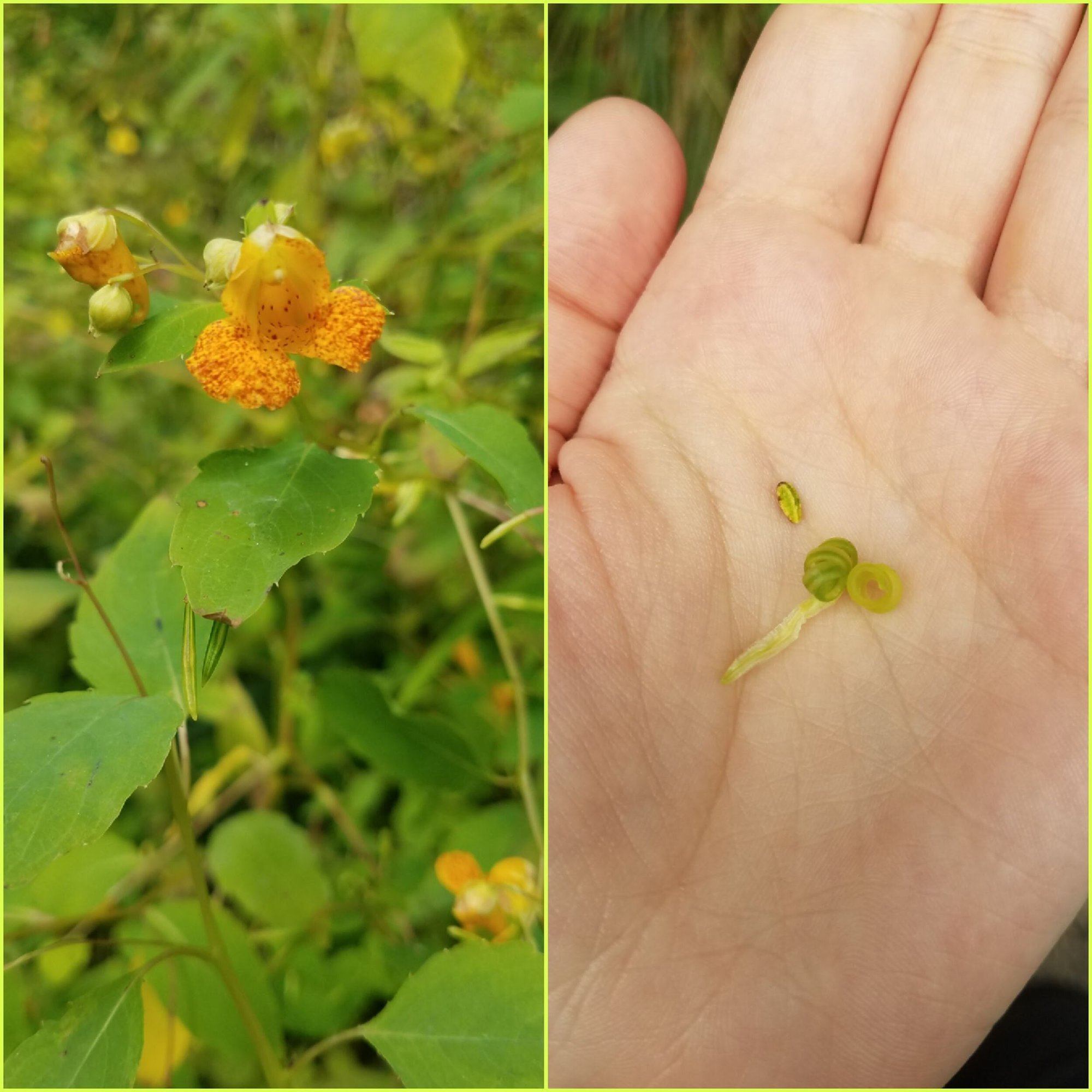 Jewelweed or touch-me-not, which grows closer to wet areas than goldenrod or Hen-of-the-wood, is just finishing its bright orange bloom and will soon begin the seed-launching behavior for which it gets its name. On the left, beneath the flower, hangs the long seed casings. When they are mature, a gentle touch causes the seed casing to burst open, flinging the seed far and wide! 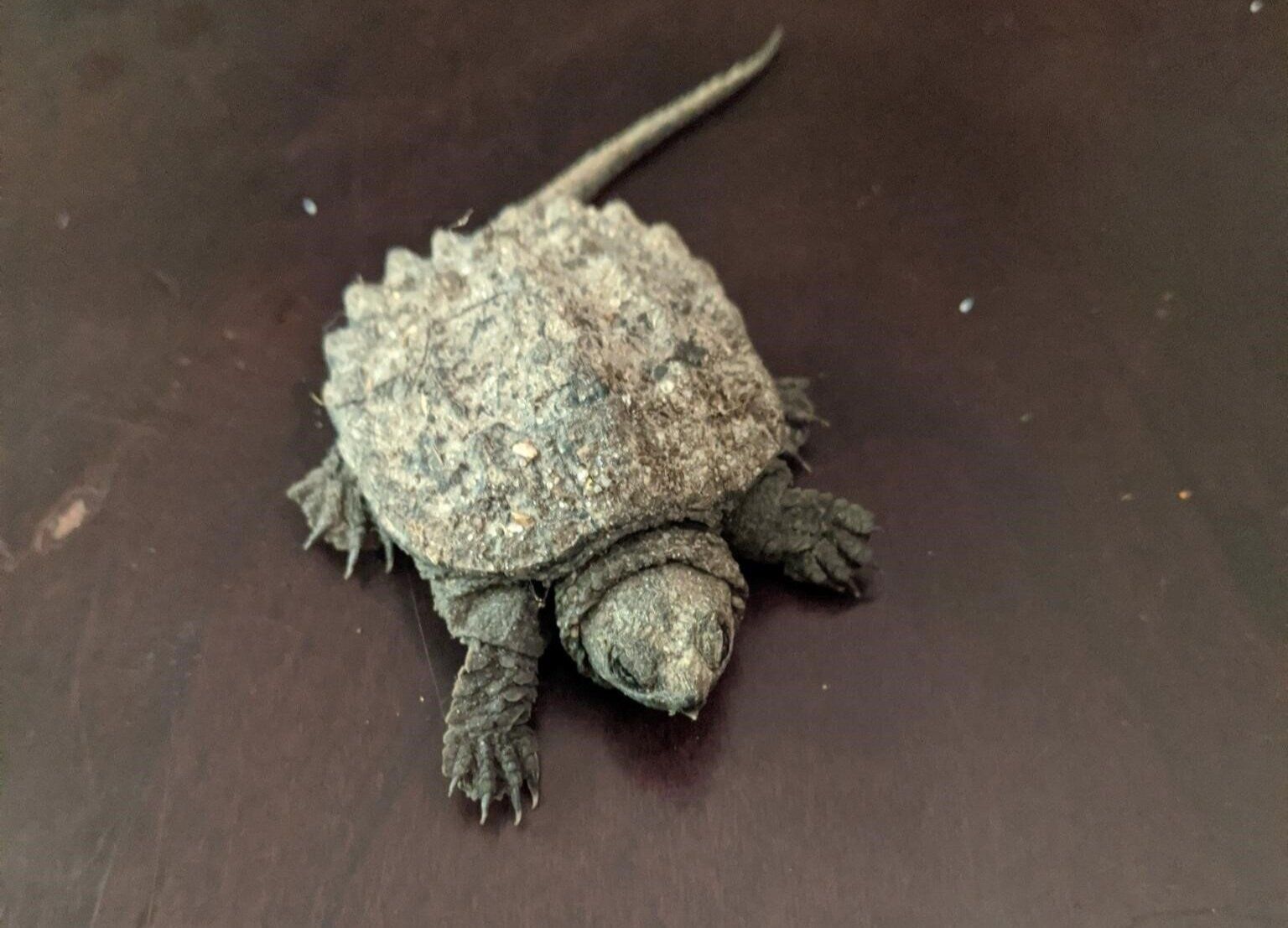 Also near the water (though many species will lay eggs up to a mile from wetlands), baby turtles have begun to emerge from their nest and embark on the long trek to the water’s edge! Young snapping turtles have long tails and spikes lining the tops of their shells, which distinguishes them from other turtles. This little guy got lost on his way to the river but was promptly put back on track after a quick picture. 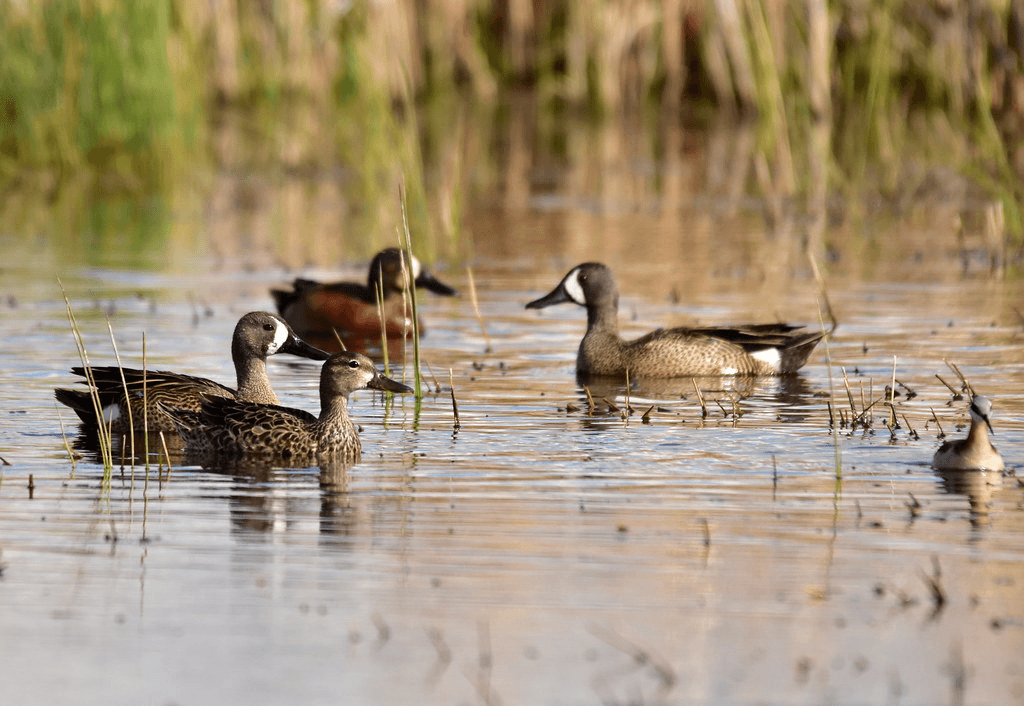 The blue-winged teal has begun to gather in small groups, often standing on rocks or logs near the shore, to prepare for the group migration south, which typically occurs in late September to mid-October. They are considered “puddle ducks” for their preference of smaller bodies of water where they can feed by “dabbling” or dipping their heads under the water while their tails point up at the sky.

For many of us, fall can feel like the “end.” The end of summer, the end of good weather, and the end of outside recreation (especially this year). But if you look up, down, and out, it’s clear that there is still so much to see. From changing leaves to birds to mushrooms, don’t let autumn slip away!