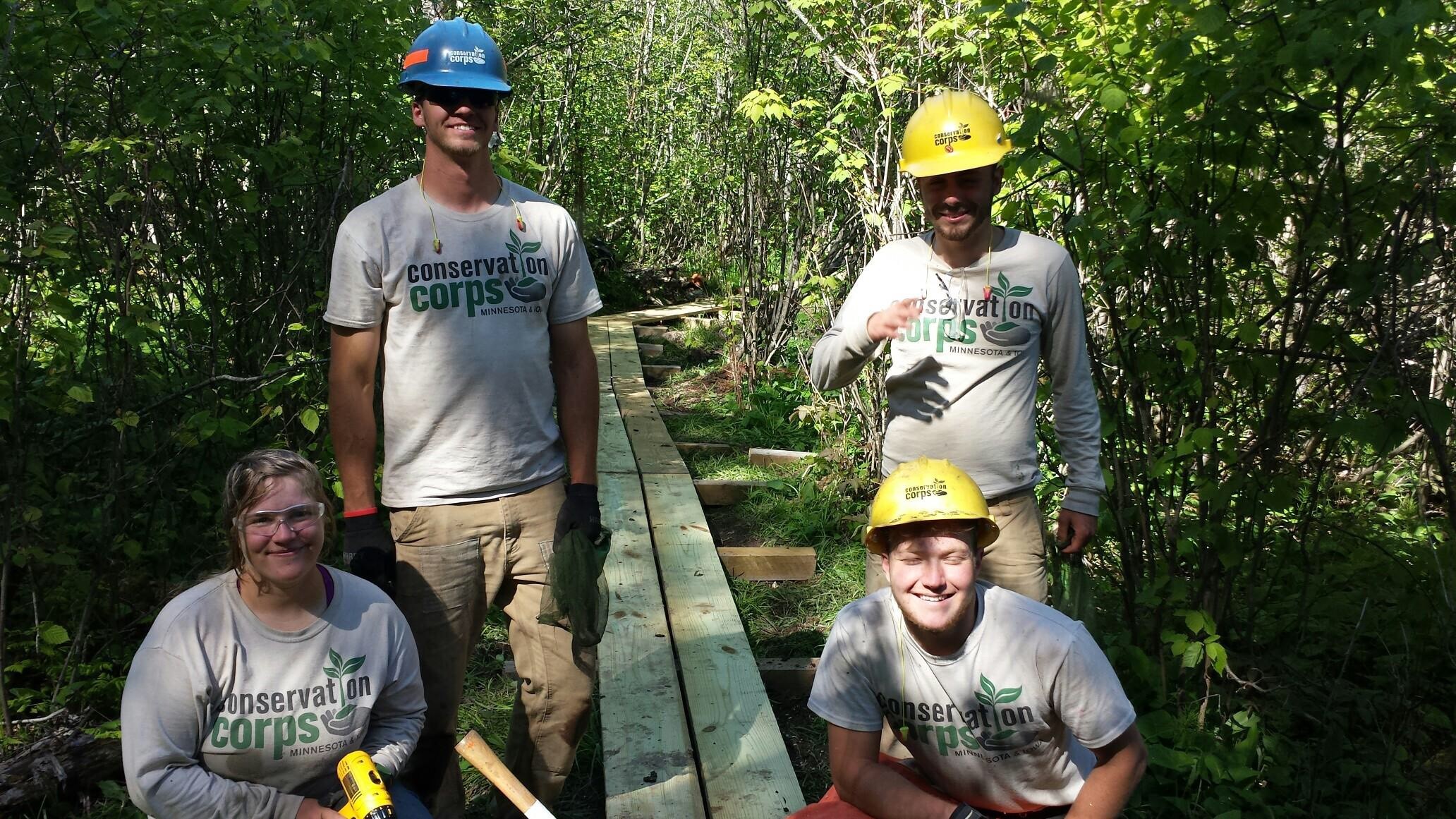 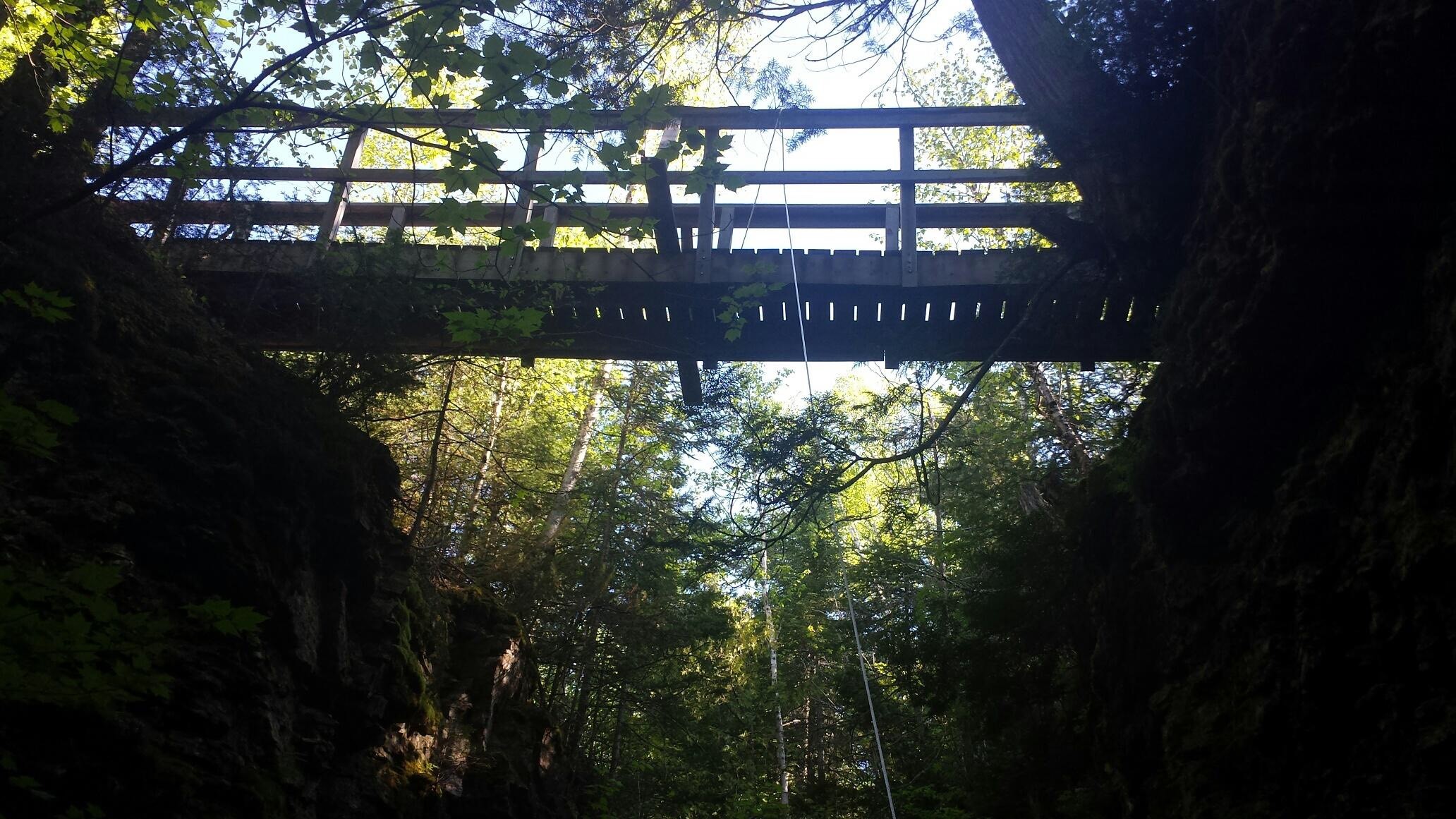 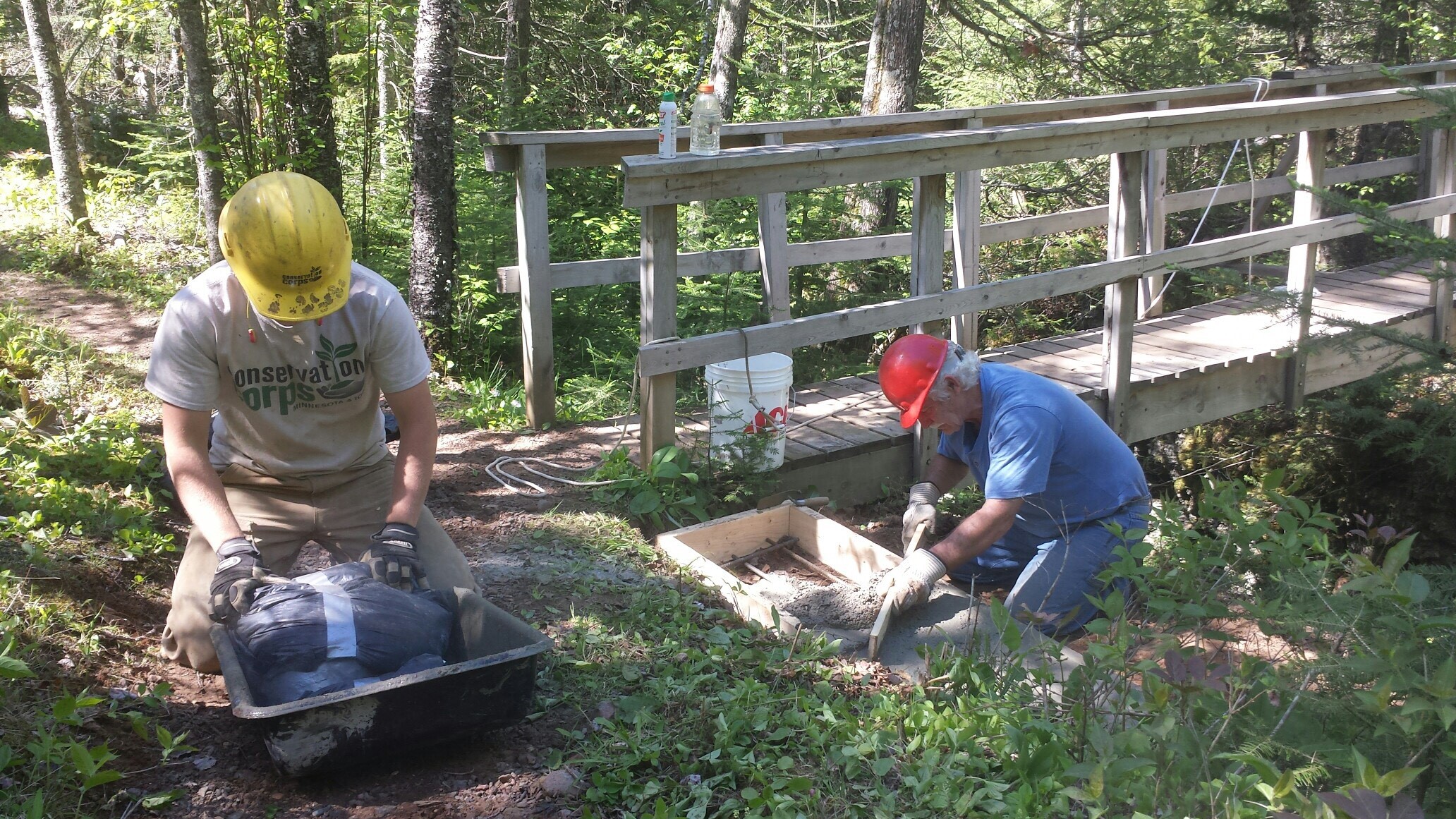 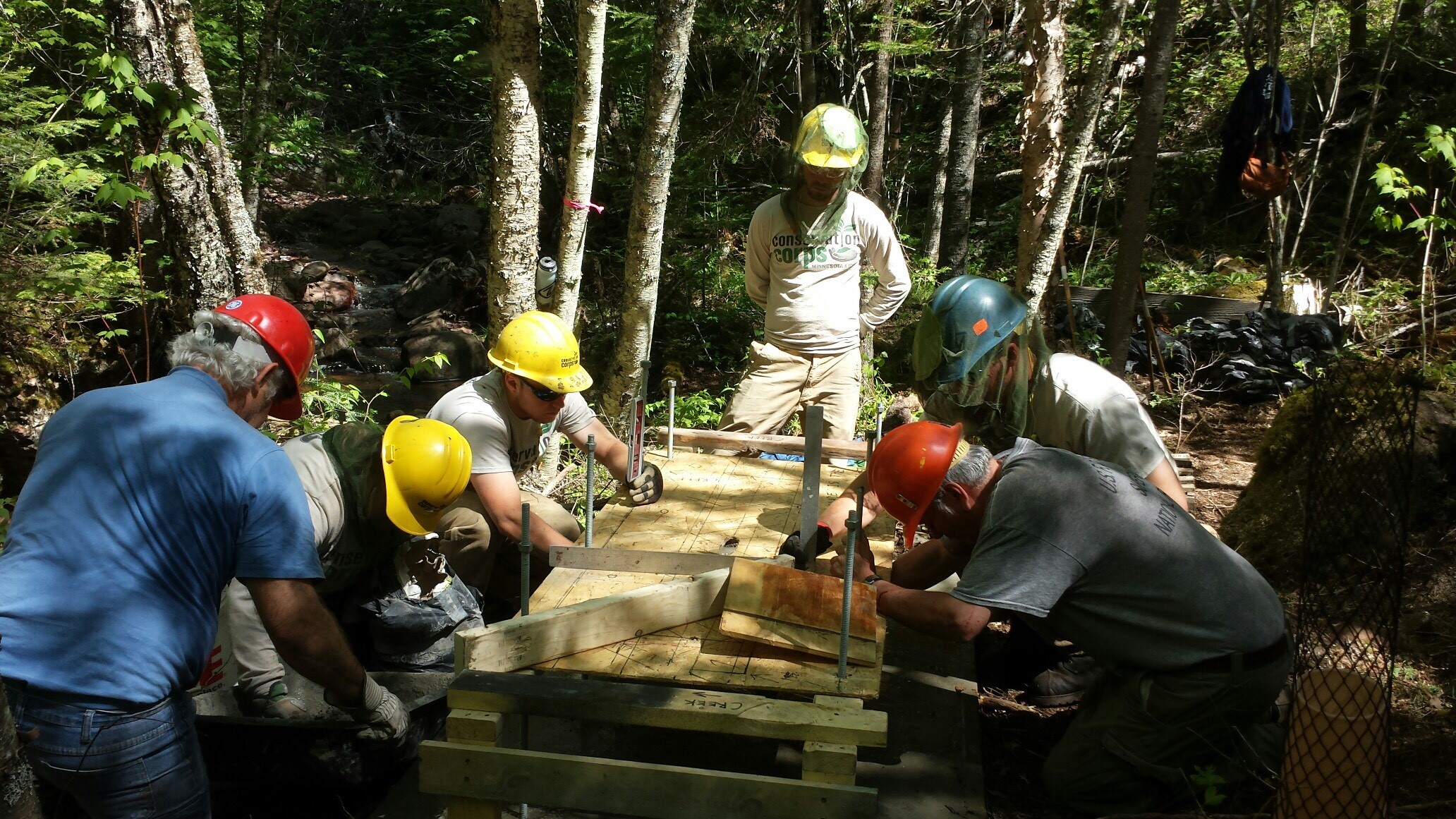 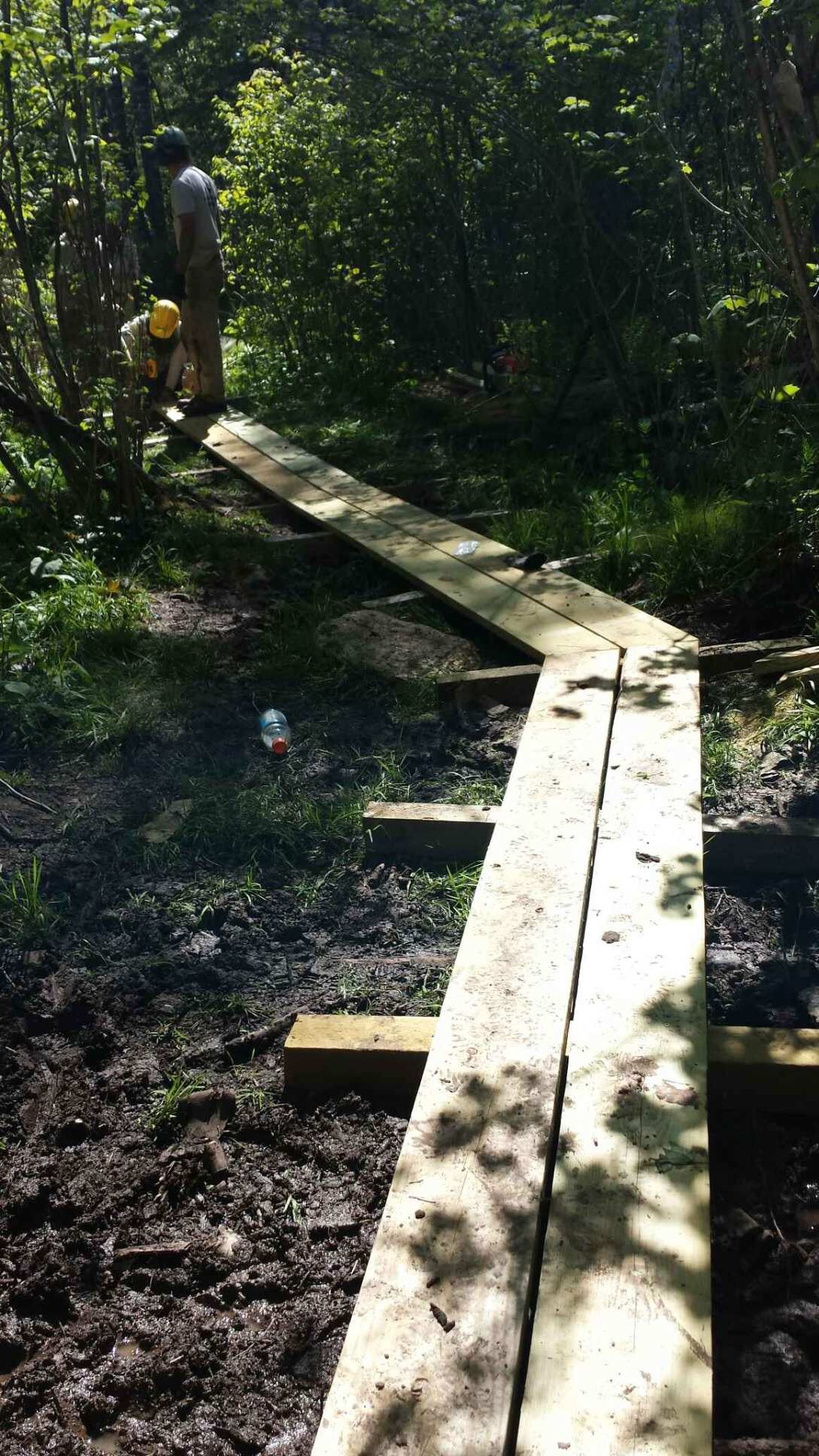 Stretching over 300 miles, the Superior Hiking Trail starts south of Duluth at the Minnesota/Wisconsin border and winds up the North Shore to just south of the Canadian border. It is a part of the Arrowhead spur of the North Country Trail that starts in New York and follows the Great Lakes ending in North Dakota. While the maintenance of these trails is managed by local volunteer groups, the National Park Service is the head overseer of the North Country Trail.

The Duluth crew was part of this cooperation of volunteers and NPS to start work on new bridges just north of Grand Marais. While final construction won’t happen until materials can be brought in by snowmobiles, Duluth completed the footings and cribbing for the new bridges. One bridge was prepped over a deep ravine next to the existing bridge. The other bridge had been washed out underneath at its current location so a new site/short reroute of the trail was in order.

Duluth cleared trees on both sides then created a temporary bridge of rocks over the stream. The longest task was finding the best spot for the footing and getting both sides square to each other. Ready mix concrete was used to fill the frames. With the help of a retired skyscraper construction superintendent the crew members of Duluth all got the opportunity to learn mixing, pouring and folding the concrete to get strong footings. The one footing that needed a crib to get up to height had a template over it and rebar was set in while the concrete was still wet. After the concrete had set, the crib of 6×6 lumber was slid onto the rebar. Extra concrete and rock filled the crib to finish out Duluth’s contribution to the bridges.

After finishing up the footings Duluth spent the afternoon making a short floating boardwalk in a low area. Since it had a tendency to be muddy instead of a running stream, a simple structure was done. Four by fours were cut and laid out on the muddy trail while planks were placed in pairs. The final result was a simple boardwalk that will move up and down with the changes in the trail.

During all of the work and at the crew’s campsite at Devil’s Track the bugs were out in full force. Long sleeves and big nets were the only successful way of keeping them from biting. As enjoyable as building the bridges was, Duluth spent the week scratching and swatting.