Clouds of ash billow up from my footsteps.

Flames lick the tall grass, coaxed by the wind.

Burn season is upon us.

Ever since I heard about other crews starting their first prescribed burns of the season, I was itching to be on a burn. Last year I got to participate in a few burns, but only had the chance to use a hose or hand tools to put out spot fires.

I was hoping that with my previous experiences with prescribed fire and my basic wildland firefighter certification, I would get a chance to actually burn. To operate a drip torch and lay down a line of fire, pouring liquid flame behind me as I kept the pace with other drip torch bearers.

On April 11th, when prescribed burn contractors asked if Mary Metchnek and I wanted to burn, Mary volunteered immediately, and I was ready to sit back for this round. Next time, I told myself.

But one of the burn technicians kept gesturing to an extra drip torch, encouraging me to take it. I made a decision that day to step out of my comfort zone and do something I had wanted to do for months but was still nervous about.

It gets really hot when you’re burning. Thankfully, I was out of the smoke most of the time. But while we were holding position and waiting for other drip torchers to catch up, the fire I laid down behind me picked up. Flames collided and spiraled into the sky, the crackling got louder and louder, I felt blasts of hot air on my face from a blaze just a few feet from where I was standing.

The squad boss reassured me that he was watching the fire and would tell me if I was in an unsafe position. I couldn’t help but take a few steps back from the flames anyway, and he laughed with me and said I could do whatever I was comfortable with, but I was safe where I was.

The day was long, but there were moments of peace. Halfway into the burn, we saw a group of deer walking away from the fire, looking back at us with upright, attentive ears when one of the burn technicians whistled and called for them. When we were mopping up and checking for any residual fire, we saw birds return to the trees like nothing had ever happened. Like the ground wasn’t black and scorched and still smoking in some places.

Throughout the day, I thought I should feel a lot more tired than I was. Shouldn’t I be exhausted? But the work was so invigorating and the people around me were so supportive and enthusiastic that I made it through the long day. Mary and I gushed about how exciting it was and how patient the contractors were with showing us how to use drip torches effectively.

I hope I get to participate in more safe, effective burns like this one during my service term, where I get to learn about a management practice that has both a rich cultural history and important applications in a variety of habitats. 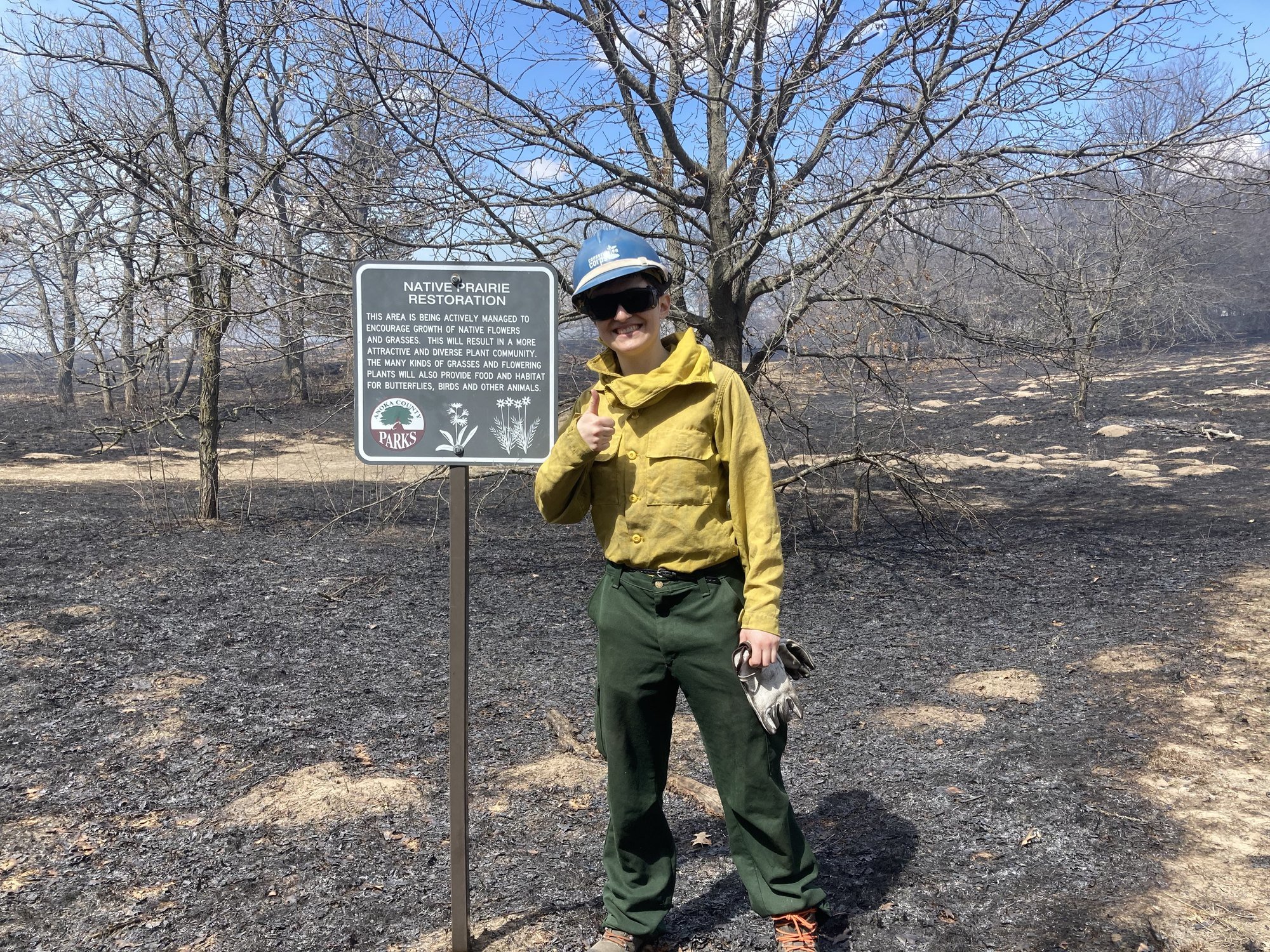