One of the perks of being in the Corps is getting to find hidden gems and some of the most beautiful views Minnesota has to offer. Last week we were near Grand Marais up on the North Shore, hand pulling invasive/noxious plants. Some of the species we were focusing on included orange and yellow/orange hawkweed, oxeye daisy, and dandelions.  We were hand pulling instead of spraying herbicide because we were right on the coast of Lake Superior and did not want runoff or herbicide going into the lake. We also wanted to be sure to not accidentally spray any of the native plant species. Butterwort Cliffs Scientific and Nature Area (SNA) is a site without maintained trails and has a rocky coastline with some concerned species and an interesting geological structure. 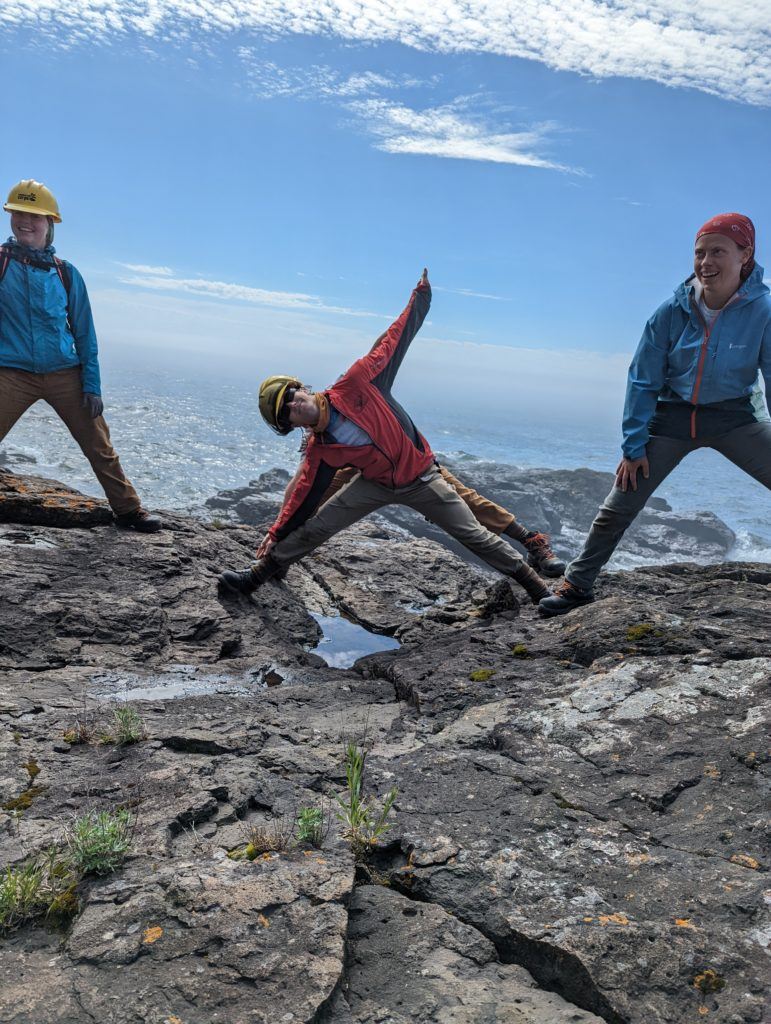 On this 43 acre strip you’ll find peregrine falcons nesting on the cliff side. As we looked out at Lake Superior from the cliff, the morning fog made everything misty and all we could hear were the waves crashing into the rocks. It was one of the most beautiful scenes I’ve gotten to see so far this summer. The main interests of this SNA are two unique and rare arctic alpine plants: alpine butterwort and Hudson bay eyebright. Butterwort is an insectivorous plant that has small colonies growing on delicate moss beds. It is a small green plant with sticky leaves which insects land on and get trapped. You will also find thomsonite, which is a rare mineral you’ll see embedded in the cliff side. The thomsonite found in Minnesota has a variety of colors and hues. I found varieties of pink, red, orange, and green spots. The clusters of thomsonite I found were generally smaller than a quarter. If you go to Butterwort Cliffs SNA make sure you do not take anything from the coast! Leave plants, animals, rocks, and other natural elements.