Welcome back to getting to know the Duluth Crew! So much has happened in just this month. These last three crew mates of mine are excited to tell you about themselves and the cool things they have done. 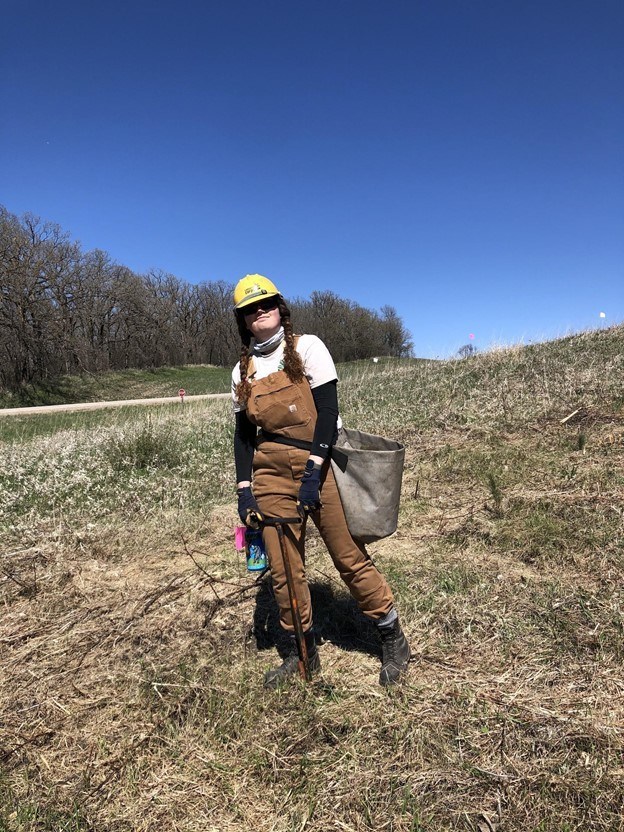 Gabrielle Regnier is from St. Paul, Minnesota and is 24 years old. She graduated from the University of Minnesota Duluth in August of 2019 with a B.S. in Environmental Science. This is her first term with the corps. Her favorite project so far was building a bridge and rerouting a trail on the Superior Hiking Trail. Gabrielle’s go-to fire tool is a Pulaski, but she would prefer a rogue hoe if one was available. Her favorite tool is Suzie the brush saw or Rick the UTV. Her favorite campsite is Maplewood State Park and her favorite spike meal is stir fry. Her favorite work site is the Superior National Forest in Finland, MN. The most challenging part of her term this year has been frequently being away from home. The coolest thing Gabrielle has done is spray invasive plants while operating an ATV. Before the end of her term she would like to learn more about what she wants to do for a career. 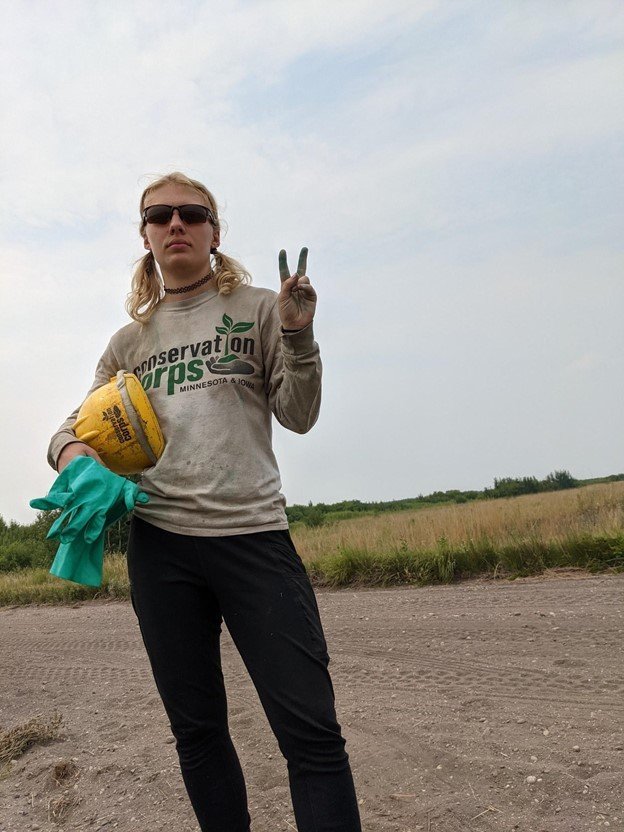 Ella Khols is 23 years old and is from Wayzetta, Minnesota. She graduated from Northland College in May of 2020 with a B.S. in Natural Resources. This is Ella’s first term with the Conservation corps of MN and Iowa, but she served a term with the Wisconsin corps before this. Her favorite project so far is tree planting with the Arrowhead Crew in Alexandria, MN. When responding to a wildland fire Ella uses a Pulaski and her favorite tool in the shop is Moody Mittens the chainsaw. Her favorite campsite is Tettegouche State Park and her favorite spike meal is veggie burgers. Ella’s favorite project site so far is Cascade State Park. The coolest thing she has done this term is assist in planting 13,000 trees over the course of four days. The most challenging thing Ella has had to do this term is get over her distaste for ticks. Before the end of her term Ella would like to work with more conservation corps crews from the North District. 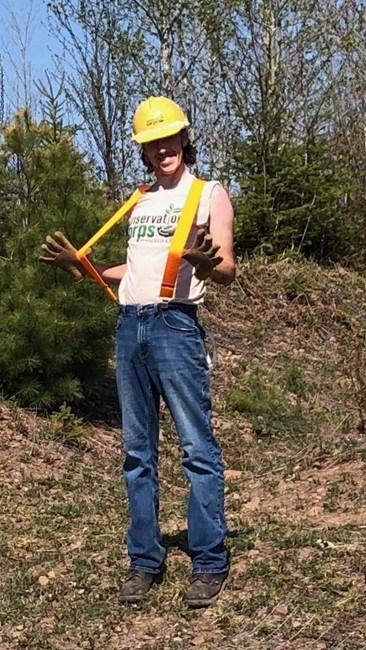 Last but not least is Tanner (Tj) Stephens. He is 20 years old and moved to Duluth for his first corps term from Stafford, Arizona. Tj has completed one semester of online school at Eastern Arizona University. Tj’s favorite project so far is Munger Trail maintenance. His favorite fire tool is a Type 2 shovel and his favorite tool in the shop is a sledgehammer. His favorite campsite is Glendalough State Park and his favorite spike meal is stir fry. Tj has two favorite project sites- lakeshore restoration in East Ottertail County or the wildland fire we responded to in Tower, MN. The most challenging thing Tj has done this term is to help carry 700-1000 pound rocks when building trails on the Superior Hiking Trail. The coolest thing Tj has done is participate in an initial attack of a runaway wildfire flare up. Before the end of his term he would like to learn how to create his own degree that meets specific federal job requirements.

That’s us! We’ve had a fun and challenging term so far that has flown by. We have accomplished so much already and look forward to what else we can do before we are finished.

Meet the rest of the crew here.