My other office is a canoe

I recently had the great pleasure of attending two Conservation Corps mid-year retreats; one for Individual Placements like me, and one for crews. The time spent with my fellow Corps members has been just the refreshment I needed. As Individual Placements, we don’t get as many opportunities to build camaraderie. It was nice to finally feel a true sense of community amongst my peers whether it was throwing down on the field during Corps Olympics or just relaxing around a campfire throwing a Frisbee. Victory was oh so sweet after my Olympics team, Loon, laid everything out there. Whatever hole was left from loss of dignity and sore muscles was quickly filled with s’mores. Besides the fun, I was glad we Individual Placements all got a chance to talk about our similar experiences; struggles, victories and all. 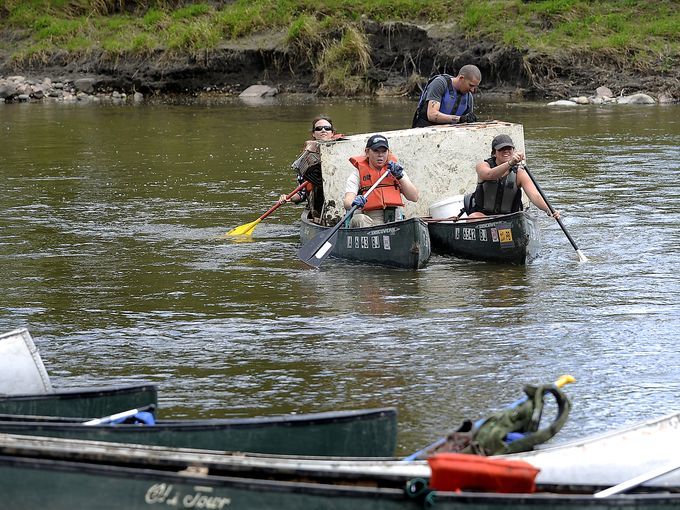 A few weeks ago, I got to insert myself into the world of the Conservation Corps crews while doing river cleanup for the event, Project AWARE. I have to say that I am a little bit envious of the fun they get to have while working together, though I also know that their job is not easy. They very graciously accepted me as part of the crew, however temporary, while we camped out on the South Dakota and Iowa border. For two days we paddled the Big Sioux River together and pulled over on the banks to pick up wayward trash. It got a little bit competitive. We were all watching to see who brought in the best garbage. At one point my canoe had to be tied up to another to haul a refrigerator to the sorting site. That felt pretty impressive. It was inspiring to see such a large group of people doing so much good, while also having a lot of fun! 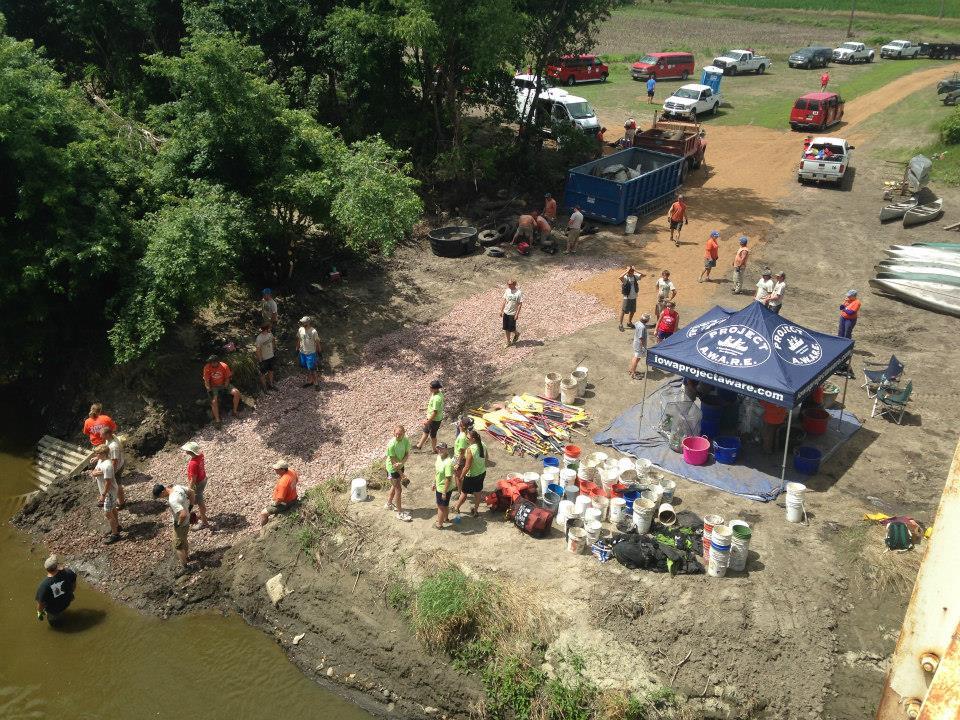 Most importantly, I have realized something. Something about the sun on my face, the world and water drifting by, the wind in my hair and the gathering of treasures just felt…right. I have come to the conclusion that it is time I live up to my namesake — “Boat” — and take to the water as a way of life. From now on you may refer to me as Captain Jack, as I take sail for the high streams! That is, at least in my imagination. If you need me, I will be in my canoe. Yo ho, yo ho, a pirate’s life for me!

Program: Individual Placements
Tags:
Back to All Updates & Stories