Grace Leppink, Crew Leader with the Three Rivers Wildlife Crew, spoke about how her crew has been impacted by the never-ending winter. “Last year at this time, we were in full fire prep mode. Burn season is super delayed this year. I bet we are about a month behind,” said Grace.

The Wildlife Crew takes on a variety of tasks during their service term, however, this time of year they are typically clearing trails, chopping dead wood and prepping for prescribed burns. Instead, the crew has been doing a lot of invasive species removal by clearing buckthorn.

Luckily, the crew has a good attitude and tries to make every day fun and motivating. “Even the average work days are important,” said Grace. However, the snow did make for interesting work conditions. During chainsaw training this year, the crew had to get creative, designing a makeshift sled to transport gear. Project breaks also often include a quick snowball fight between the crew members.

With proper gear and positive attitudes, our crews are still getting work done in this wintery spring! 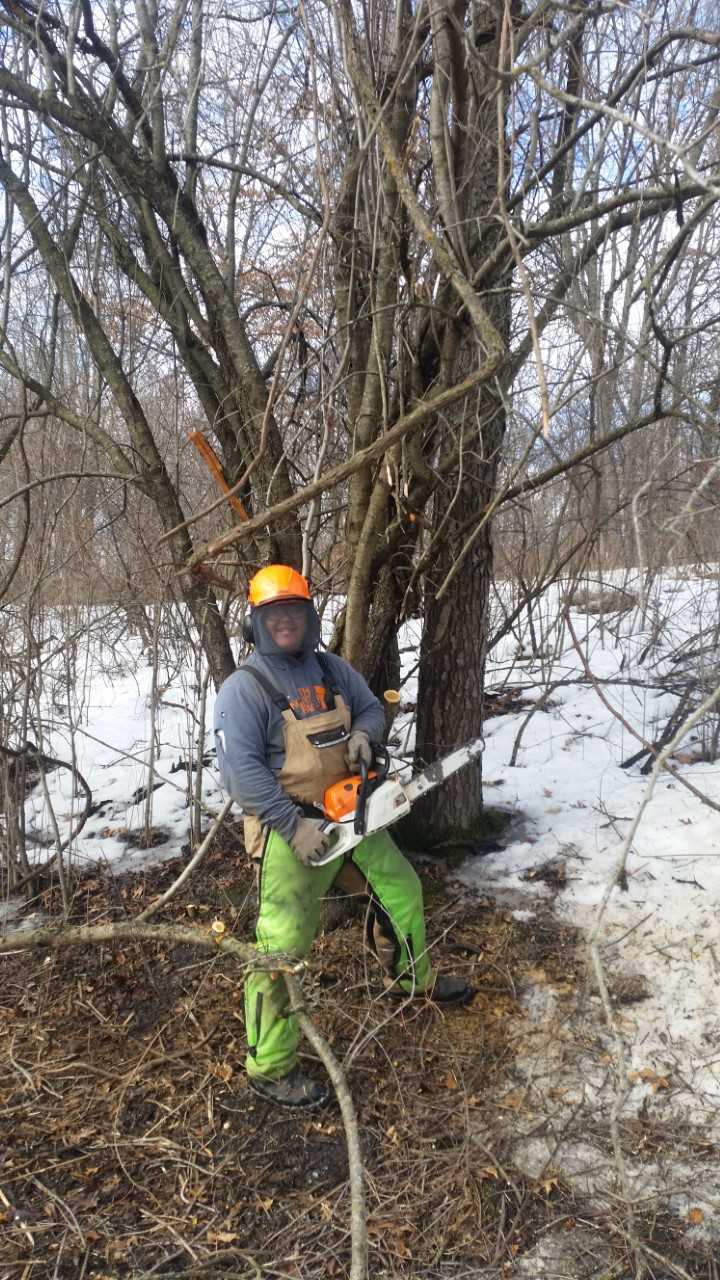