If you have spent any time at some of the Three Rivers Park District’s lands, you have probably kept an eye on park’s work restoring oak savanna and native prairie habitat. It’s pretty hard to miss, especially when it involves prescribed burning.

These photos show units of land that have not been burned, and directly after a burn. 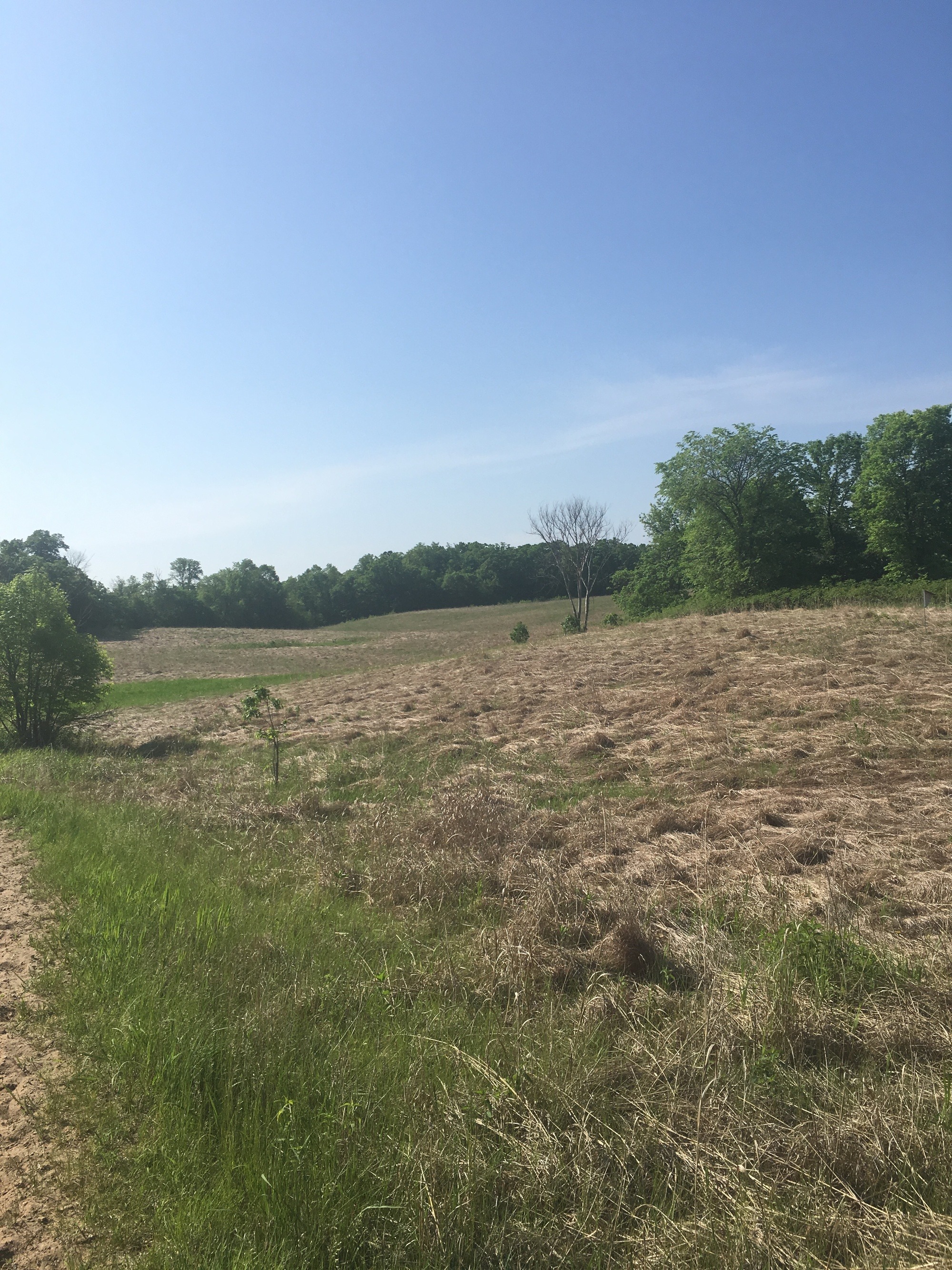 June is here, and that means prairie growth is beginning. Burn season only lasts for a few weeks starting in April, but that doesn’t mean work is done maintaining the prairie. In fact, prescribed burning is just the beginning!

Three Rivers has kept the Conservation Corps Wildlife Crew busy spraying herbicide to control some of the new growth after burns. This predominately includes Canada Goldenrod (Solidago canadensis), which, interestingly, is not invasive, but has the potential to outgrow most other native species on the prairie. This status is known as “undesired native”.  Left untreated, land with Canada goldenrod will eventually be consumed by it, with none of the biodiversity necessary to support a thriving prairie ecosystem.

Canada goldenrod is controlled using an herbicide called Milestone, which is effective and better for the environment, since it does minimal harm to wetland habitat, and doesn’t do much harm to desirable grasses on the prairie. Canada goldenrod proliferates so well because it reproduces via rhizomes, which means roots can send up new plants above ground. This happens before most other plants can seed the ground and take hold.

It is very exciting to see growth in prairie that was just burned a few weeks ago.  The presence of growing grasses, sedges, and flowering plants such as Canada goldenrod means the prairie is responding well to fire, even if that means some plants have to be controlled. Several weeks from now, growth of hundreds of native plants will be in full swing, and it will be even more evident that prairie restoration is going as it should, herbicide included.