Although it was not much, large white snowflakes covered the ground at our office in Highlandville. For someone who is from upstate New York where we get lake effect snow, it does not truly feel like Christmas time until there is a great white blanket covering everything. Below are two pictures taken the first day we got snow; the one on the left is at our office in Highlandville, the one on the right was driving along a road on our way to collect CWD samples. 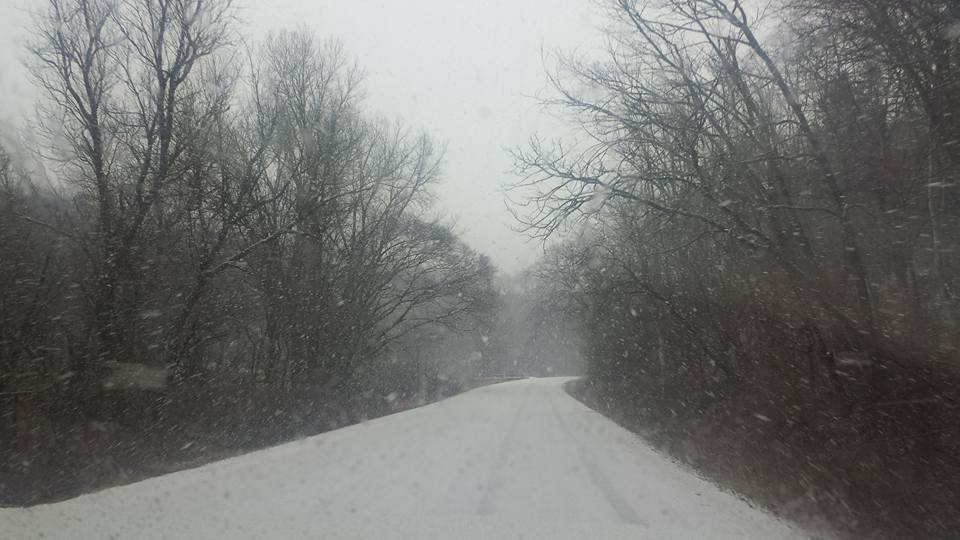 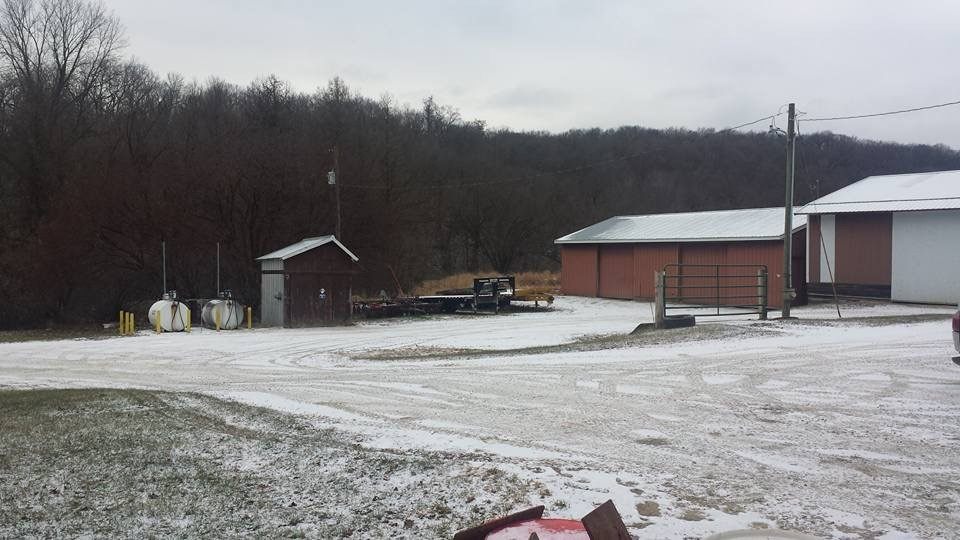 To recap, over the last five weeks Amy and I have been working in northeast Iowa with the upper wildlife unit of the DNR, sampling deer for chronic wasting disease (CWD). CWD is a fatal disease that often takes many years to show clinical signs in infected deer. As of 2016, Iowa had 18 positive cases, all from northeast Iowa, 11 of those from last year. Although some samples are collected during bow season, the bulk of samples are collected during Iowa’s two shotgun seasons in December. Even so, roadkills are always welcomed for sampling. Below, Amy experienced first hand the struggles freezing temperatures can cause with sample taking. She practiced her Christmas tree cutting on a snow covered body of a roadkill. 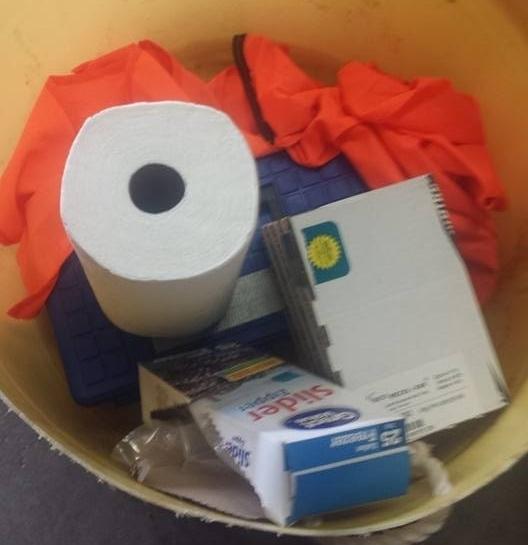 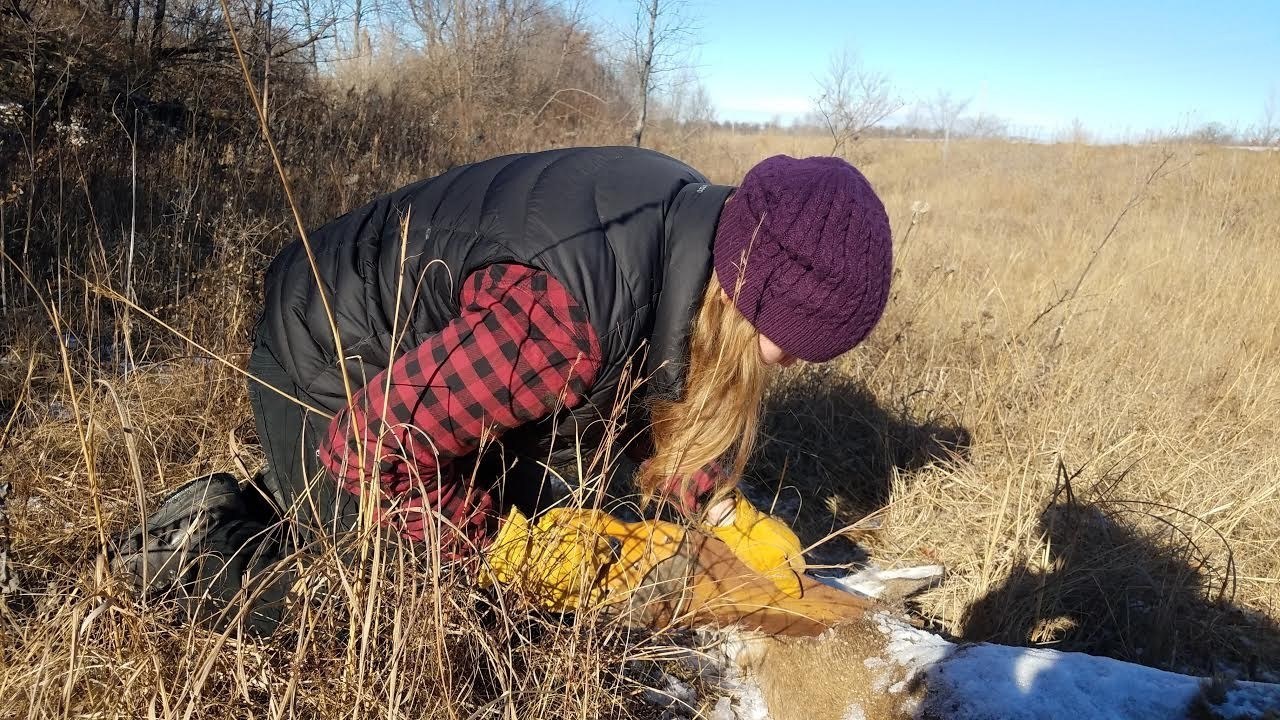 In preparation for the controlled chaos of shotgun seasons, Amy and I helped gather items necessary to sample deer in the field. We also made sure that all CWD kits were well stocked with knives, scalpels, sharpies, gloves, whirl packs (baggies the lymph nodes are separated into), and head lamps. In each head tub there were paper towels, extra gloves, zip lock baggies, and whirl packs, platt books (for recording where exactly the deer were shot), orange vests, and a CWD kit (right).

In shotgun season 1, from Dec 2nd- 6th, I was assisting different DNR wildlife technicians in Allamakee county and Amy was assisting different fisheries technicians in Howard county. Although Allamakee county only had a quota of 150 samples and Howard a quota of 75, there were red zones within/close to each of these counties that had quotas of 400 and 300 samples respectively.

I quickly found out that field sampling requires all sorts of maneuvering to get the right angle in order to extract the lymph nodes. In the instance on the left, I found it easiest to offset the bucks antlers by using its body to steady myself.

As someone who does not hunt, deer season meant the opportunity to converse with hunters and see why so many people partake in deer hunting. I discovered that many of the groups I got acquainted with made a family affair out of shotgun season, bringing together young and old, as well as male and female.

It was also unexpected and encouraging to see the bonds that DNR personnel have formed with certain hunting groups they have been taking samples from for years. One technician commented to me that over the last decade the attitude has been slowly changing from hunters doing the DNR a service by allowing them to take samples, to the DNR doing hunters a service by collecting samples to help lessen the spread of CWD. Below are pictures of some of the DNR employees we worked with: Terry Haindfield aging a hanging deer (left), Steve Gastfield inside a deer carcass disposal dumpster (middle), and Steve and George Olson working together to erect a domed structure over the dumpster (right). 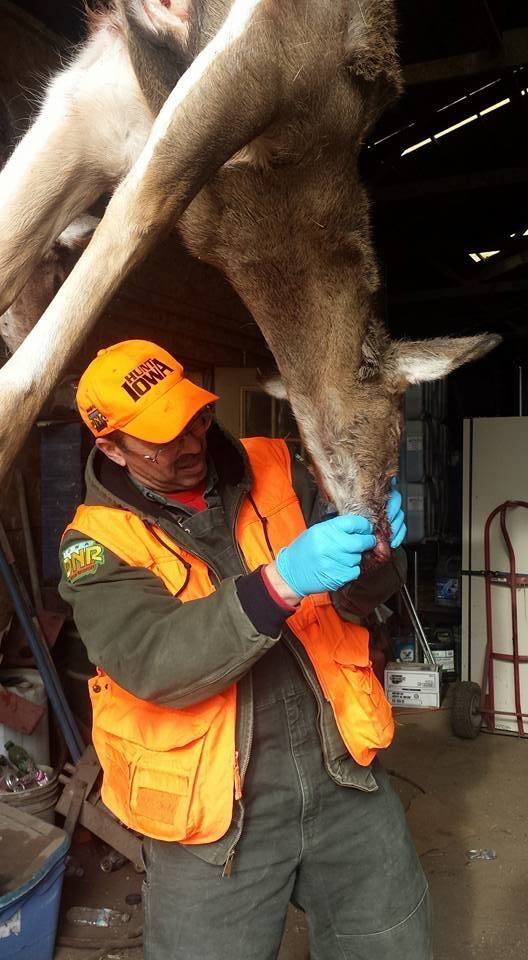 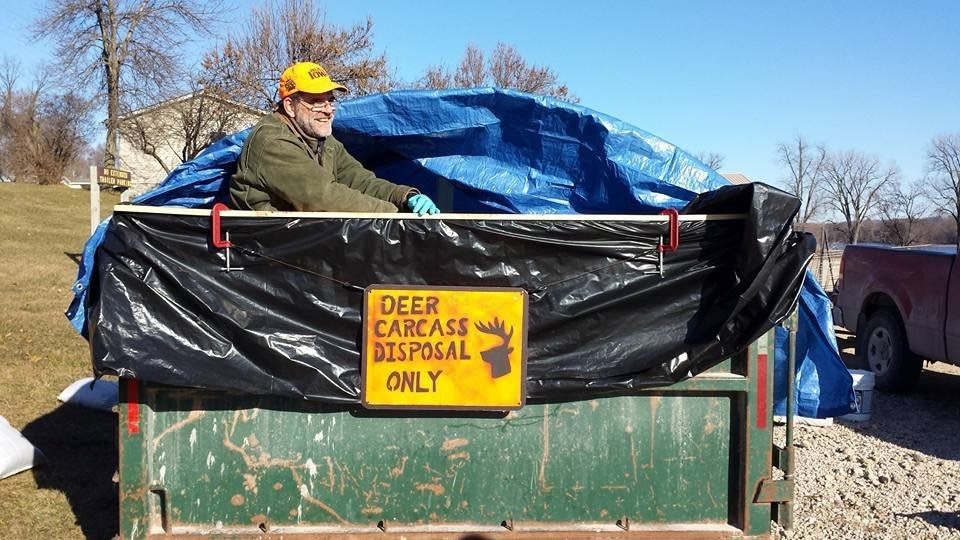 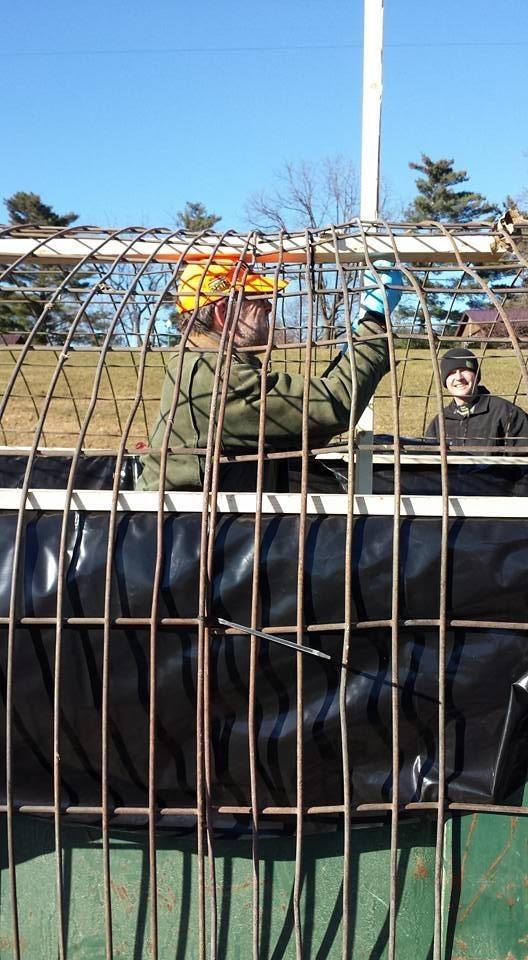 Although we often worked 12 hours days during hunting season, Amy and I still found time to appreciate the beauty that can be found in northeast Iowa. From sunsets over Heritage Valley (left), to overlooking the Mississippi in Marquette Iowa (middle), to sunrises at Effigy Mounds (right). I could not have been in a better place to appreciate all that Iowa has to offer. 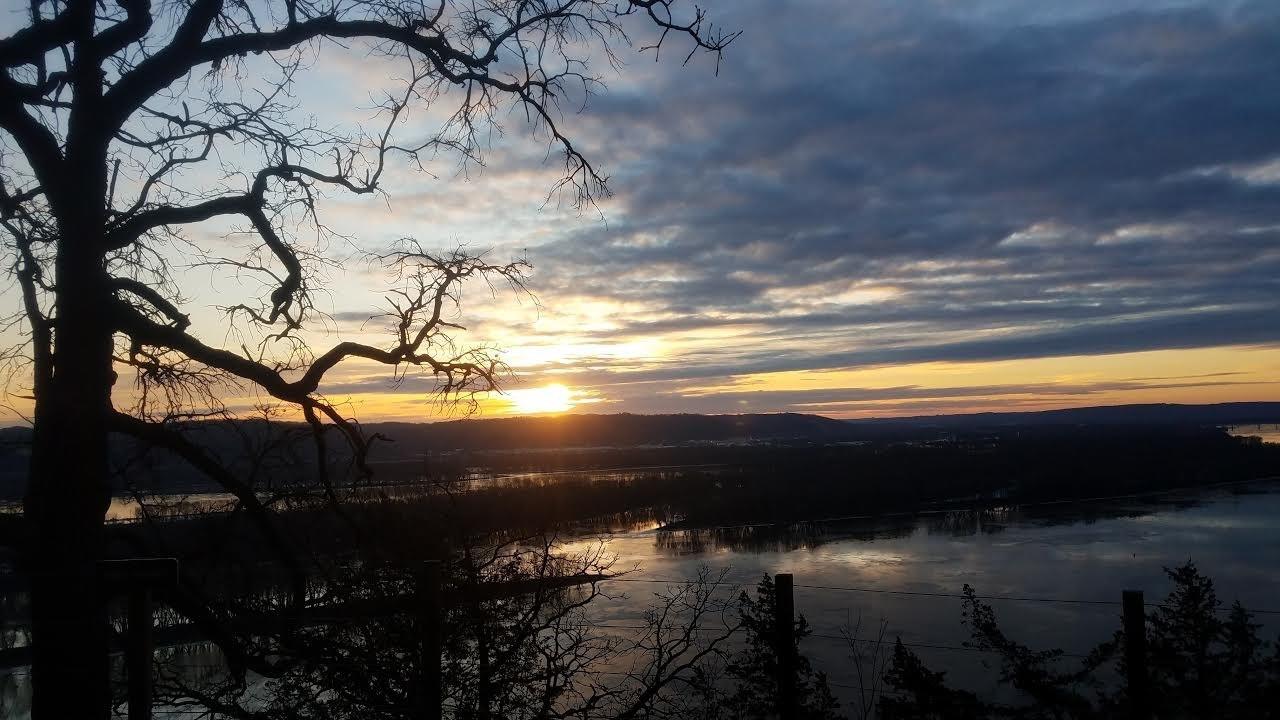 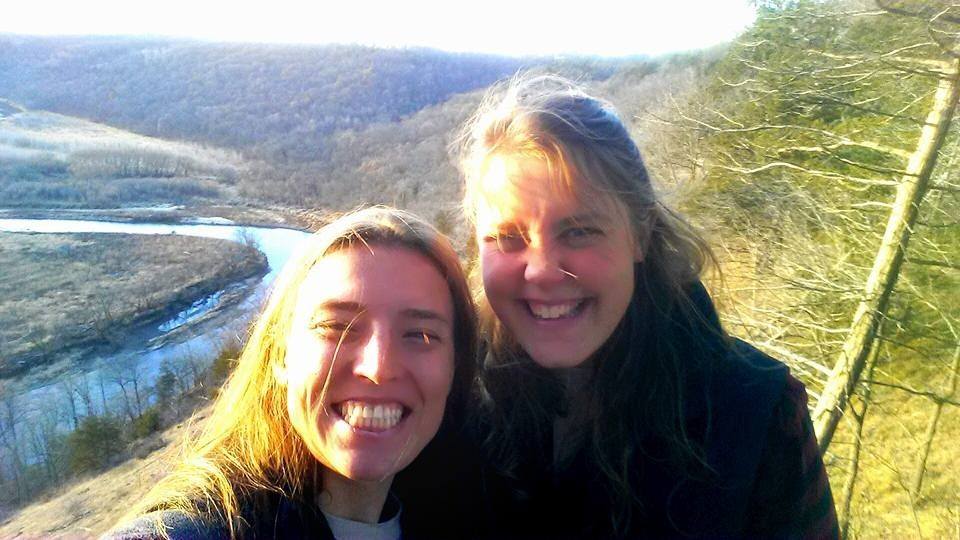 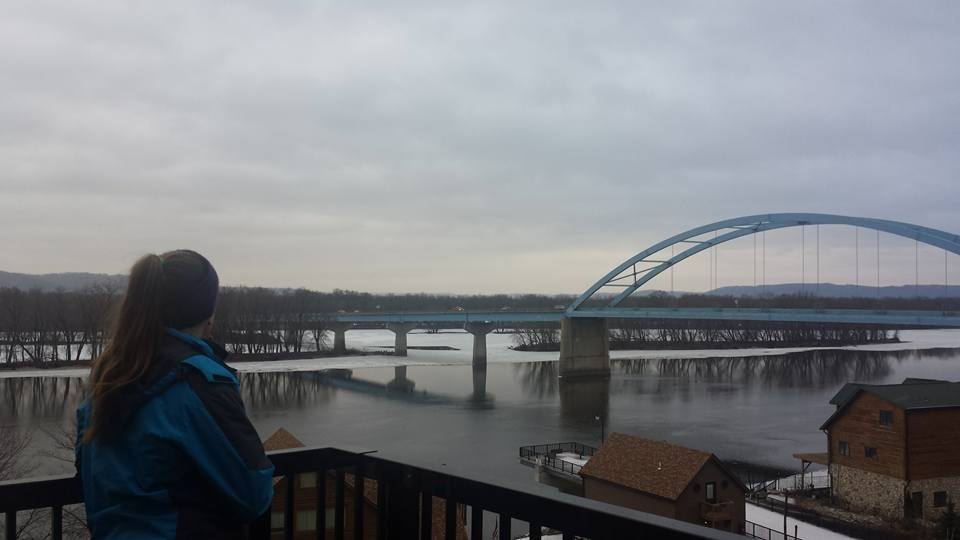 Although no results are back yet on samples taken, the four of us contributed to the ambitious effort of over 2,500 samples collected statewide. With the 21st being our official last day, the “bats and bucks” crew look towards their next endeavor…

Amy Andrews: After Conservation Corps, I’ll be moving about an hour east to work for a county Soil and Water Conservation District. I’m looking forward to helping farmers continue to improve practices to make Iowa agriculture more sustainable and protect our natural resources. And if that means spending more time planting and traipsing through prairies, then I’ll be a happy camper!

Inga Roen: I will be returning home to Northern Minnesota where I plan to pursue outdoor and biological positions among the woods and lakes.

Amanda Morton: I have gained much from my two terms as a Wildlife Studies crew member. For the time being, I plan to stay in Ames Iowa and continue my ambitions of a career in wildlife research. 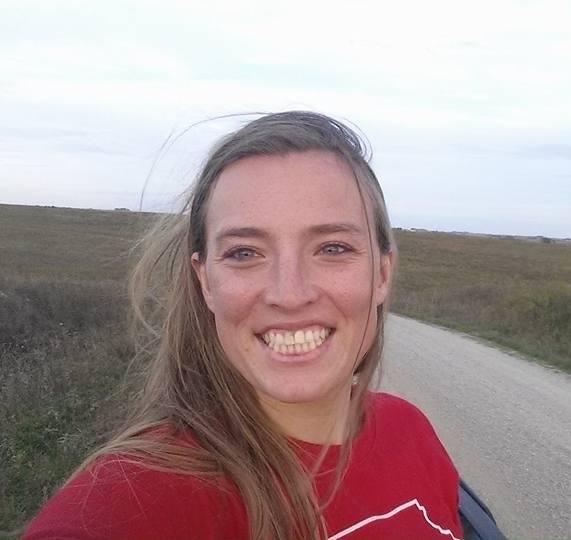 Tamara Beal: In a few short days I will be moving back home to New York State. In mid January I will start another AmeriCorps position with a branch called the SCA. I will be working as an Environmental Educator at a number of parks in the Finger Lakes region, including Watkins Glen. I am excited to share my love of the outdoors through gorge tours, hikes, and programs focused on the wildlife, geology, and history of the area.

In reflection, I want to first and foremost thank Conservation Corps for giving me this opportunity; I never would have dreamed how much this experience has impacted me. I also want to thank all of you who have been reading my blog. I hope you enjoyed following my time in Iowa and learned many new things about wildlife conservation. And finally, I want to thank my crew members for making me feel so welcomed and making so many memories together both during and after work.