The Detours: Fire, Flooding, and Frost

As the amount of months remaining in our term continue to wind down, my time spent reminiscing over the year has already increased.  What I’ve began to realize is that the detours, the projects or events that weren’t originally a part of the plan, were some of the most memorable.  Three detours in particular stick out the most, and they involved fire, some flooding, and a little bit of frost.

During this past spring I wrote about our time working as a prescribed burn crew, but the morning I submitted that post was the first day of our Minnesota Interagency Fire Center or MIFC deployment.  We left our project on Wednesday and on Thursday we found ourselves in Nimrod, MN on the Lyons Fire.  We spent a few long days at the Lyons Fire, we arrived when there was still flames and the highest ranking incident command team in the state was present and when we left we were the last crew assigned to the cold fire.  We met new people, and crossed paths with DNR staff we had met before.  We even celebrated a crew member’s birthday.  From Nimrod we were resource ordered to the Cloquet region, where we stayed until it rained.  Our MIFC fire deployment was one of the road marks of the year.  During fire season we spent 28 of 30 days together, and it solidified us as a crew. 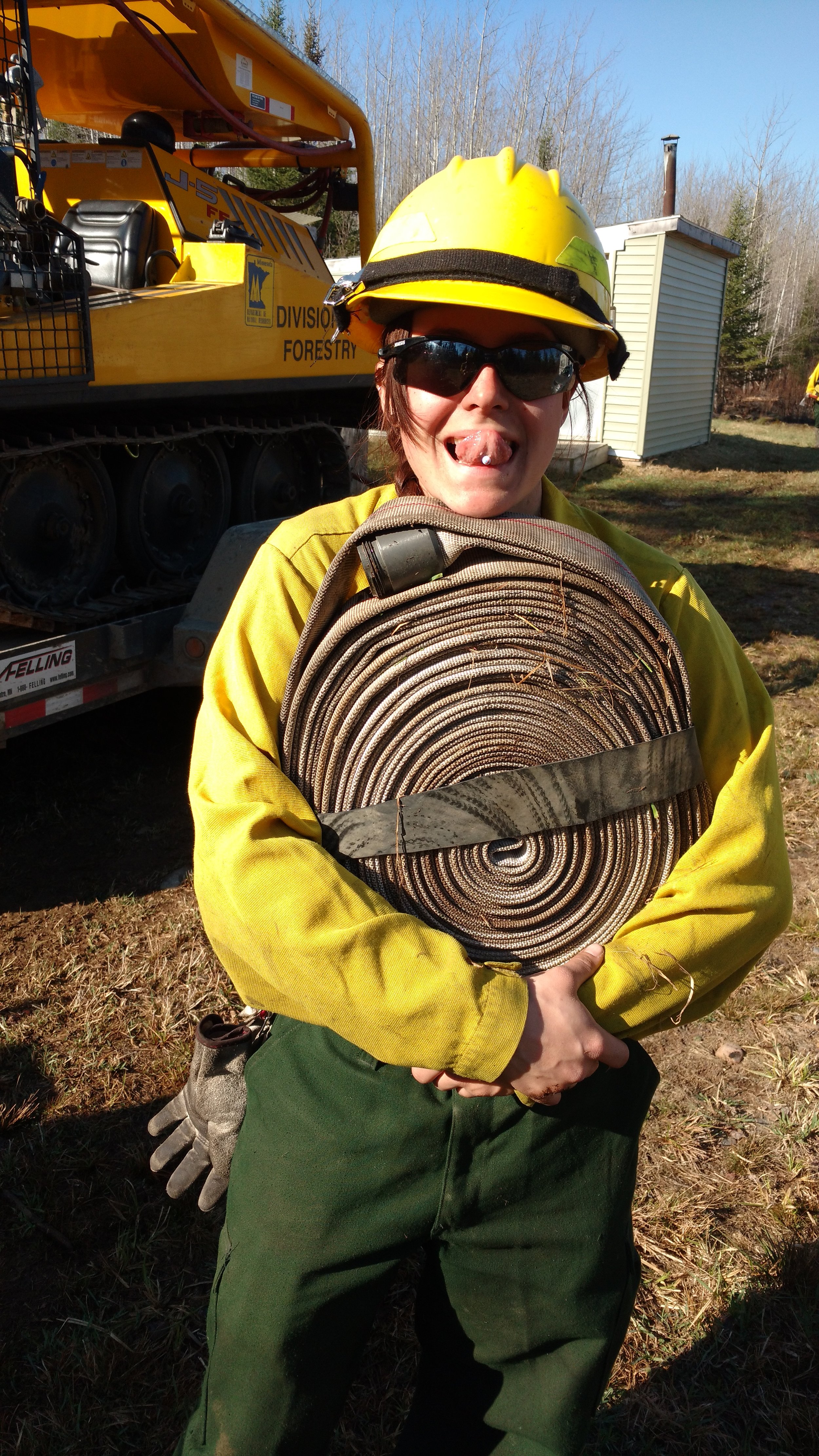 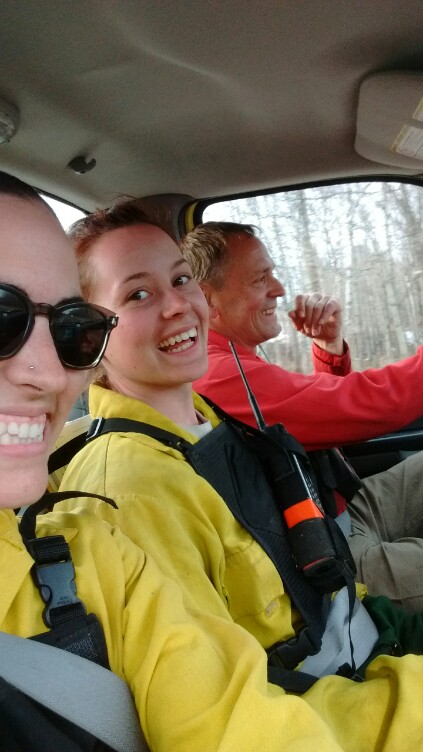 After the fire season, came the wet and stormy season that wreaked havoc in the Northland.  It began to rain one afternoon while we were working in our shop, within minutes we were running to our vehicles trying to get home before flooding stopped us.  The next morning required alternative routes to navigate the flood, the boys on our crew found themselves stranded from a washed out driveway.  The DNR staff divided to assess damage, and once our crew had all arrived, we were asked to check on a forestry road.  Through various unfortunate circumstances, we found ourselves rerouting around flooding for hours, turning an hour drive into a four-hour drive.  Amidst the stress, we found ourselves problem solving, and choosing to be positive together. 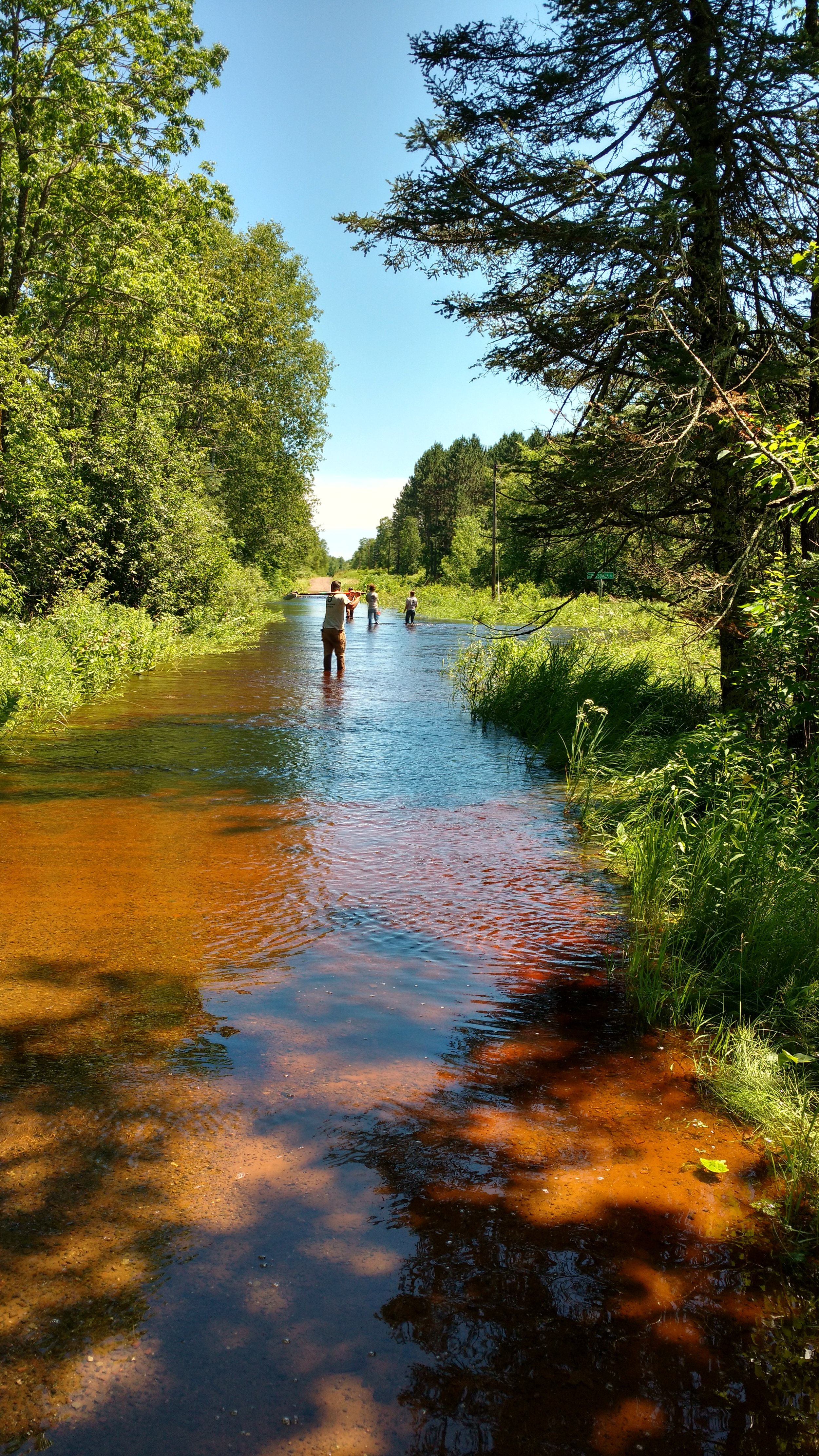 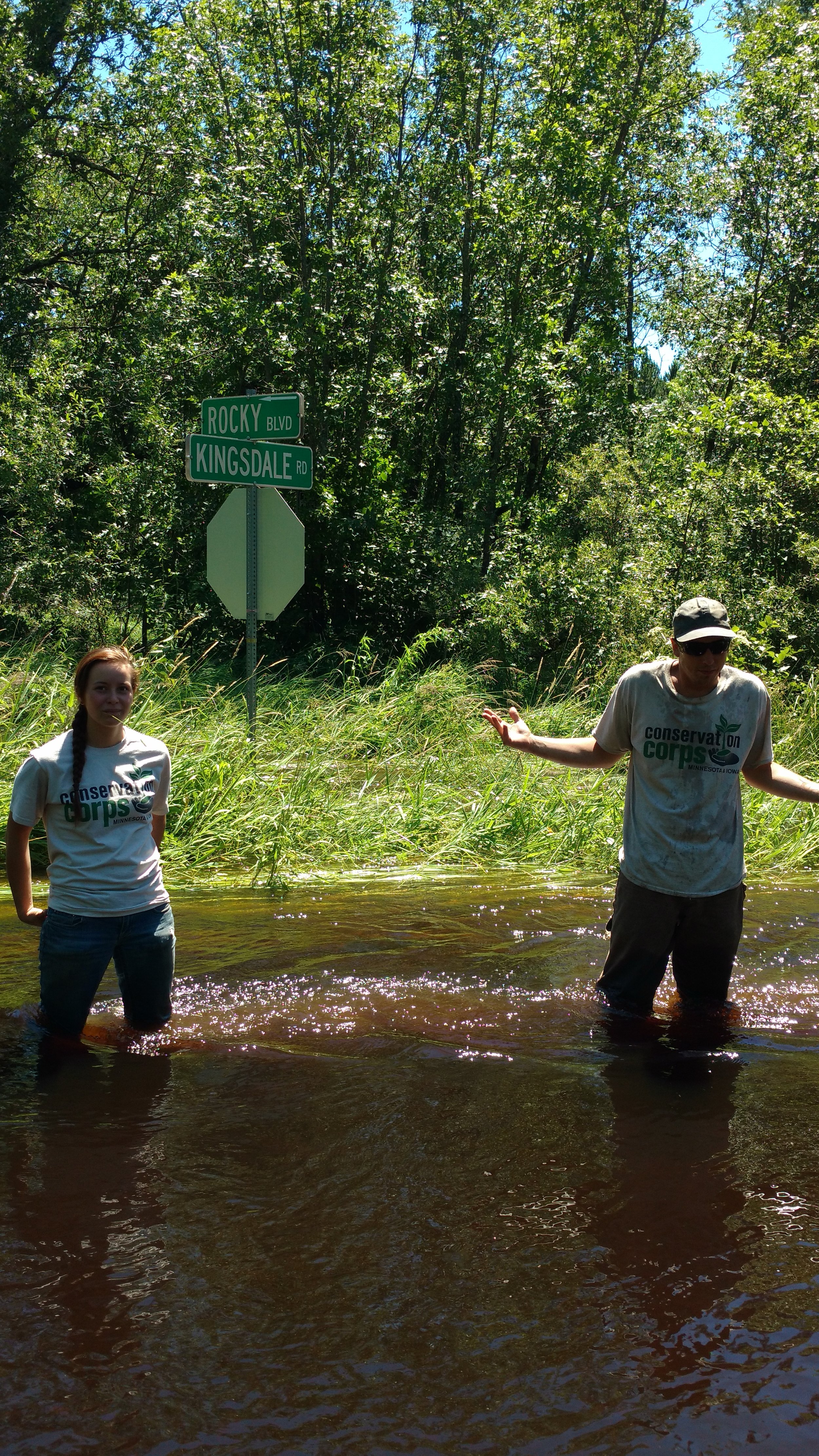 Lastly, As I was writing this blog post over a week ago, I experienced one of the best detours thus far.  Last Sunday, a crew needed someone to bump onto their crew for an eight-day spike in the Boundary Waters, maintaining the Border Route Trail.  I volunteered, and found myself packing for a trip in the last few minutes before I go to sleep, not totally aware of the adventure that lay ahead.  Two of my favorite things are hiking and crosscuts.  This trip involved a whole lot of both.  The boundary waters is a place that always bring me peace, and that feeling was intensified by the low number of travelers this fall.  And if you think the boundary waters are beautiful, you should see it with autumn in full swing.  The hills are speckled with green coniferous, and firey deciduous.  Add some frost to that, and its pure magic.  Our spike was filled with mornings where we couldn’t feel our toes, and days that took our breath away.  Each day brought new surprises of what additions Sean could make to the tarp shelter and we spent nights seeing how many clothes we could fit on our bodies.  We sat around a fire with wood split by Sean and the self-described “Swull Austin.”  One night, as we sat as close to the fire as physically possible could without being on fire, Austin posed the question “Despite the cold, sleet, and frost, is there really any other place you want to be right now?”  And the answer was unanimous, “No.” 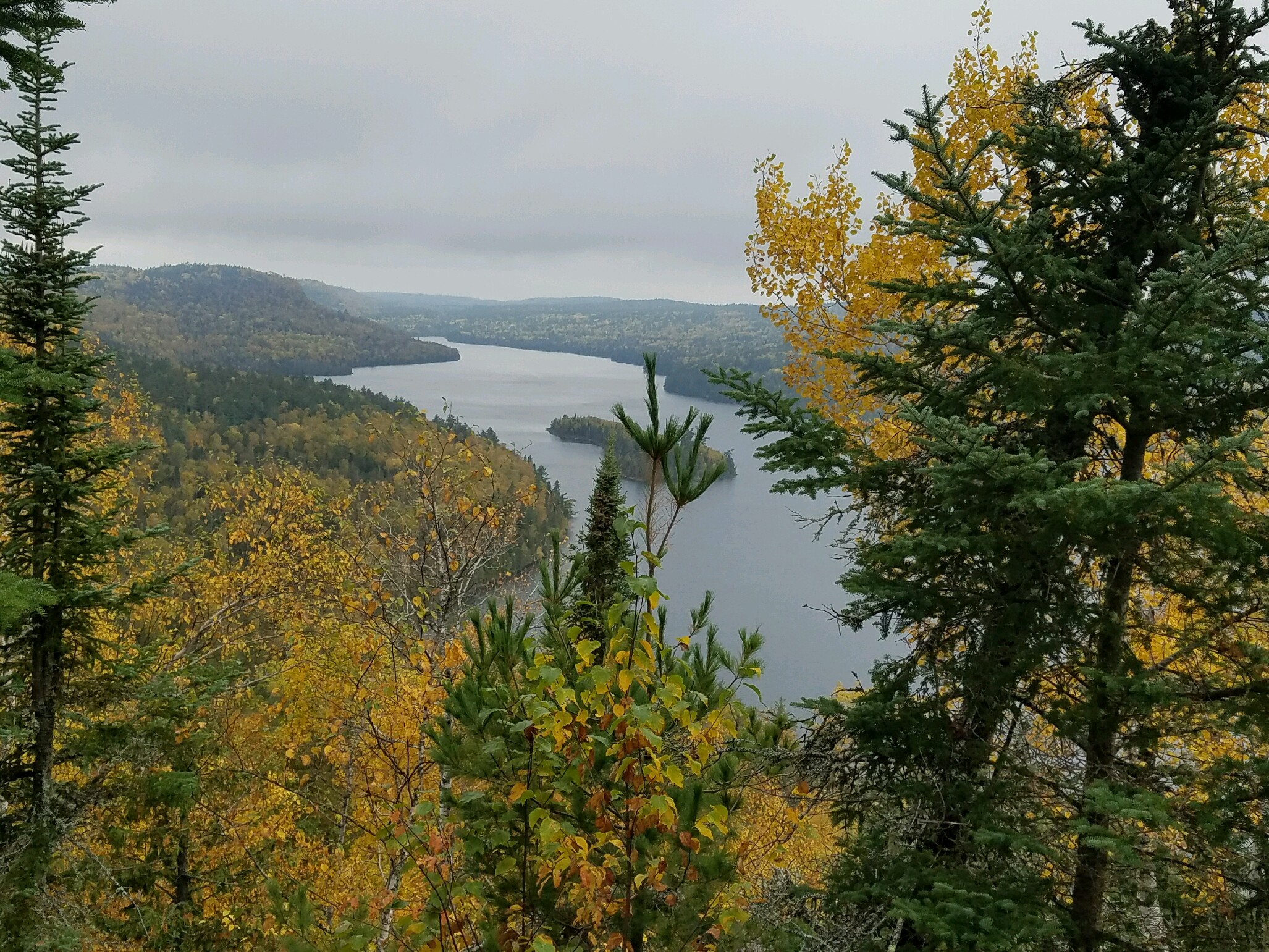 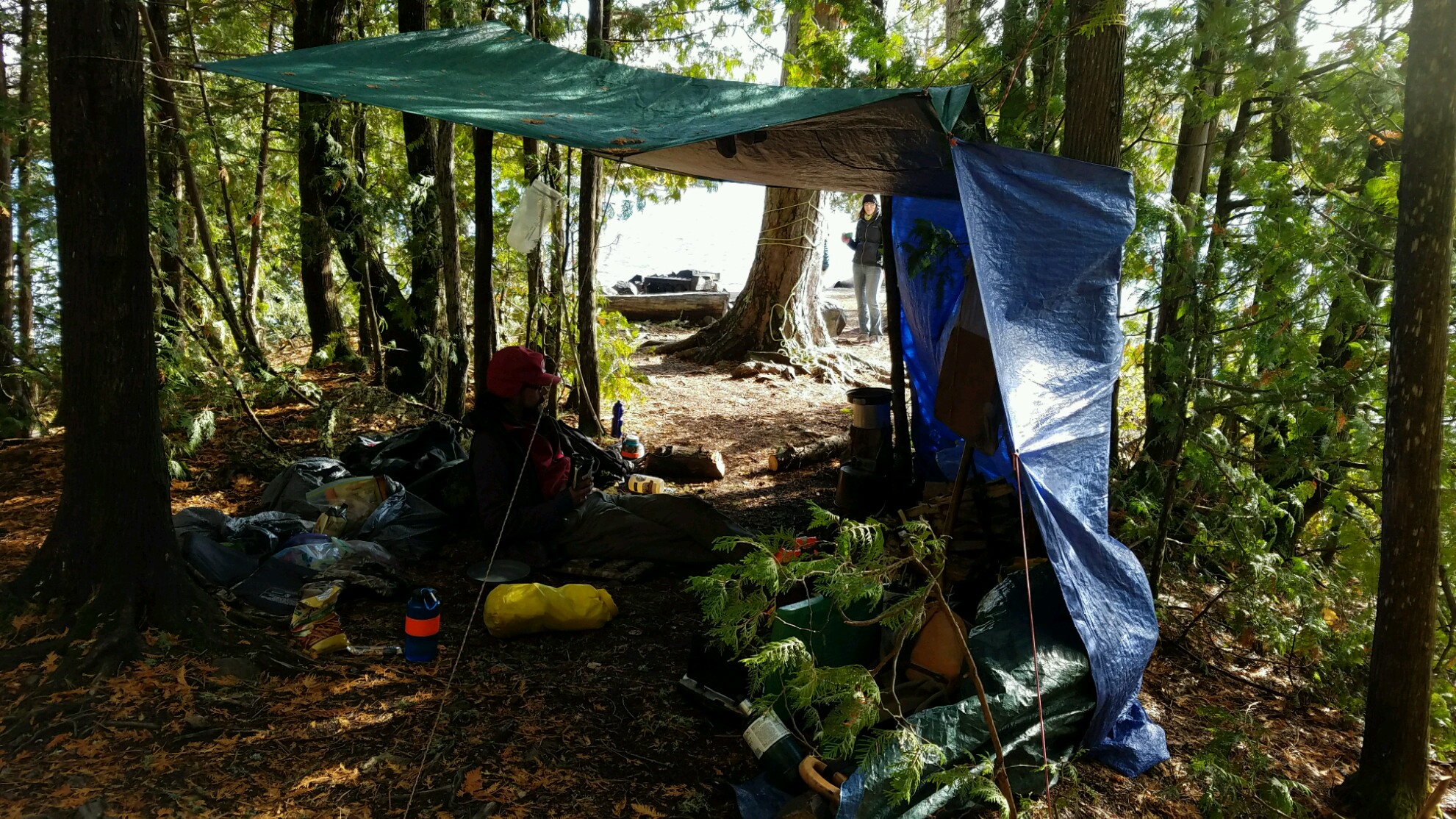