Then and Now: Stories with the Corps

Recently I came across an interesting article that talked about my great-grandfather’s time in the Civilian Conservation Corps (CCC). The time was 1938-1939. Fast forward over 80 years later, I am now serving with the Corps. The time is 2022. A lot has changed from then to now. Here are a few stories of both of our experiences:

I am currently serving as a part of Youth Outdoors Crew Six, doing projects with invasive species in the Minneapolis/ St. Paul area. Some of my daily tasks include hauling and cutting buckthorn leafy spurge, ash, and other invasive species. I am doing phragmites and Oriental bittersweet surveys and pesticide treatments while showing environmental stewardship. Community awareness is important with use of pesticides especially in Minneapolis where there is a strong anti-pesticide movement. A special assignment recently included Japanese knotweed removal to Edward C Solomon Park in Minneapolis. 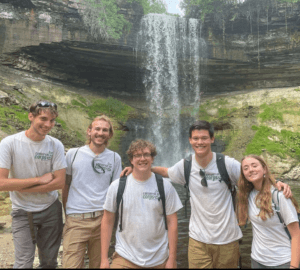 I would describe this environment as collaborative and rewarding. We have a crew leader, project manager, and field coordinators who assist and help with training. I am one of five people in my crew. Sometimes we get to serve with other crews in our district. A typical day starts early at the Hamms Shop in St. Paul, MN. My crew and I arrive by 7AM to prep for the day and head over to our project site or headquarters at the Minneapolis Parks and Rec.

Other crews are assigned to similar but different tasks such as spiking or fire response. Some crews do more fire and service work, using stronger chemical, herbicides, and back-pack sprayers. There are Conservation Corps locations all over Minnesota and Iowa, with multiple crews in each district. 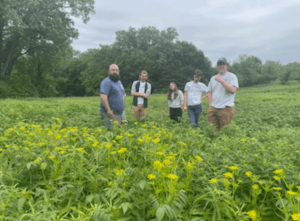 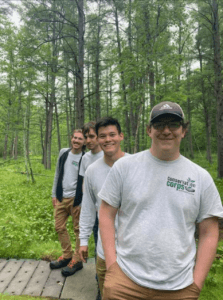 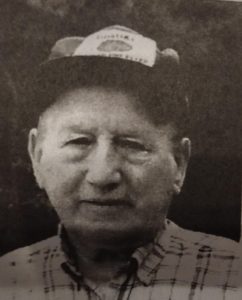 My great-grandfather worked at a conservation camp in Itasca, MN, working on roadside clean-up and related tasks. If he were working today, my great- grandfather would be part of the North District.

Surveying was also a task of my great-grandfather. In the wintertime, he was one of six men chosen to survey lakes in the Itasca area. The work that he did helped to assess if the lakes were able to support a fish population; in the summer, fish were planted into these lakes. He told the following story in which his crew walked onto lakes in their snowshoes, measured their depth, took soil samples from the lake bottoms every 100 feet, and counted air pockets in the lake ice. During one of these surveys, he fell into the lake and a fellow crew member was able to grab a pole that he grabbed onto and was able to be pulled out. In another incident, a crew member almost drowned on this team. Safety and working together was important.

The men in the camp wore uniforms and the camp itself was run like the army. There were many tasks to be done which included working on “forestry, the prevention of soil erosion, and other conservation projects.” 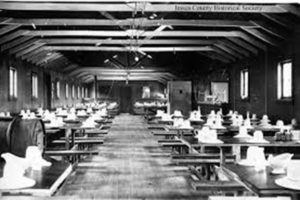 The Conservation Corp has been doing important work for many, many years and I am excited to have the opportunities to share some personal stories from both the past and present.