To tree or not to tree 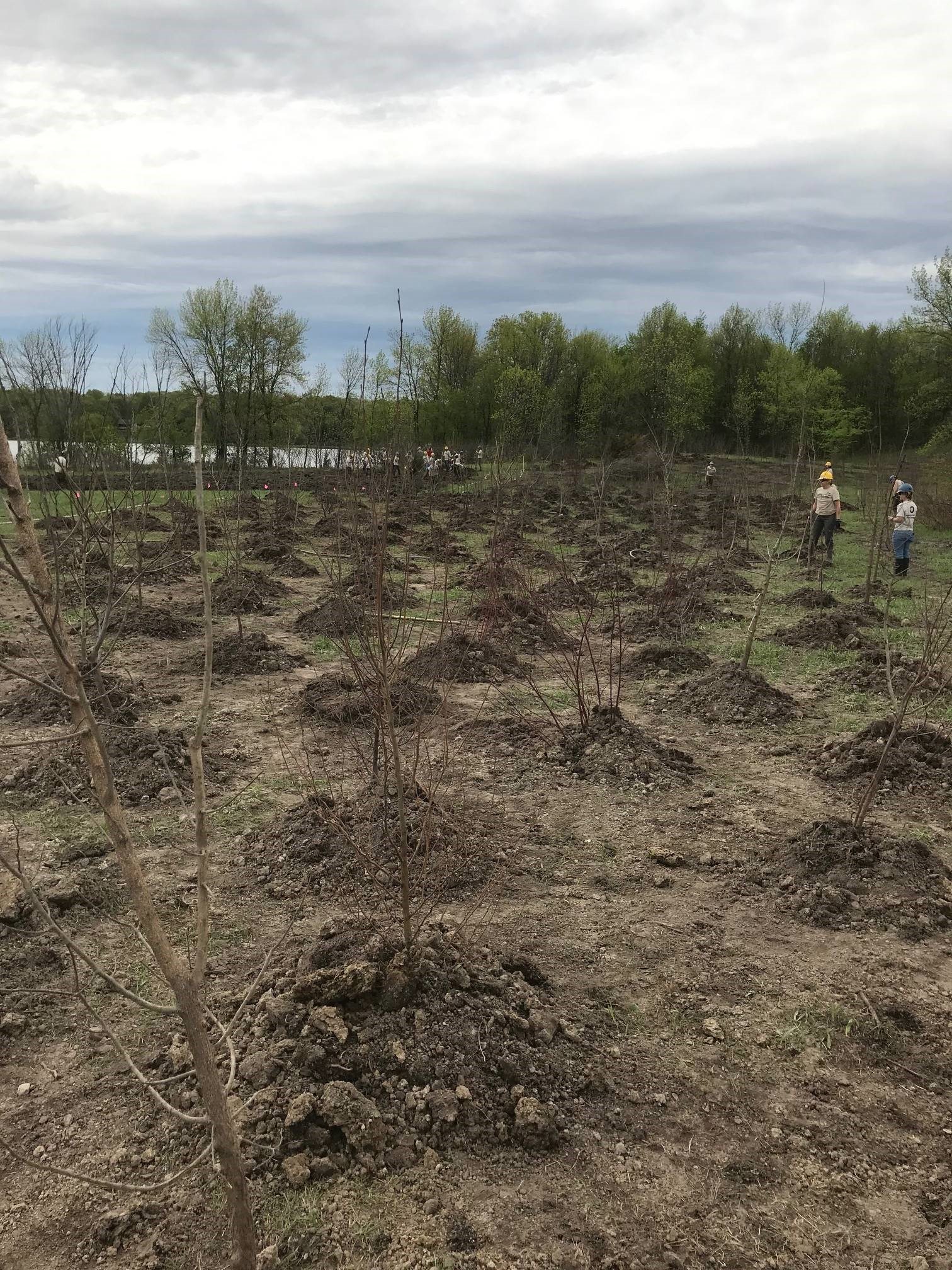 How many trees does it take to reforest a landscape? The short answer to such a tricky question is simple—a lot. Even so, the Three Rivers Parks District does not shy away from the challenge. This spring, along with the help of multiple crews from Conservation Corps MN & IA, Three Rivers planted over 6,000 trees and shrubs (and an additional 30,000 seedlings). This project is part of a massive planting regime that Three Rivers has been undertaking for almost 40 years. Acres of open land across Three Rivers parks and park reserves have been planted with thousands of native trees and shrubs to restore these landscapes. Nearly every day throughout the month of May, Three Rivers staff, Conservation Corps crews, and Hennepin County Sentencing to Serve crews come together in a spectacular partnership to achieve such high planting numbers. It’s a lot of hard work, dedication, and time spent in the dirt, but the results can be witnessed across Three Rivers landscapes all around the Metro.

This year, the entire Central District from Conservation Corps MN & IA partnered with Three Rivers to assist with their planting project. One Friday in May, every crew from Central District joined together with Three Rivers staff to plant 1,000 trees and shrubs. Crews met at Elm Creek Park Reserve, and assisted in running, planting, and watering. To plant just one tree requires auguring a two foot wide hole, trimming the roots, setting the tree at an appropriate height, filling in the dirt back around it, scraping extra dirt into a pyramid around the base, filling the hole with water, and then repositioning the tree and re-scraping the dirt if either moved while watering.

Needless to say, the day was a bit chaotic. However, despite the large number of workers and the rush of trees being planted, the Conservation Corps crews pushed through to accomplish the largest day of planting for the entire 2019 planting season. The project was a testament to the amazing environmental work that can be accomplished when organizations and individuals come together in pursuit of a common goal. So next time you’re wandering the trails at Elm Creek, or any other Three Rivers park, look for landscapes filled with young trees and shrubs. They may look small, muddy, and messy; but just imagine what unique forest they may one day grow to be.

*Check out the video for an inside look into the planting process.