Wild Rice on the St. Louis—Returning to Mecca 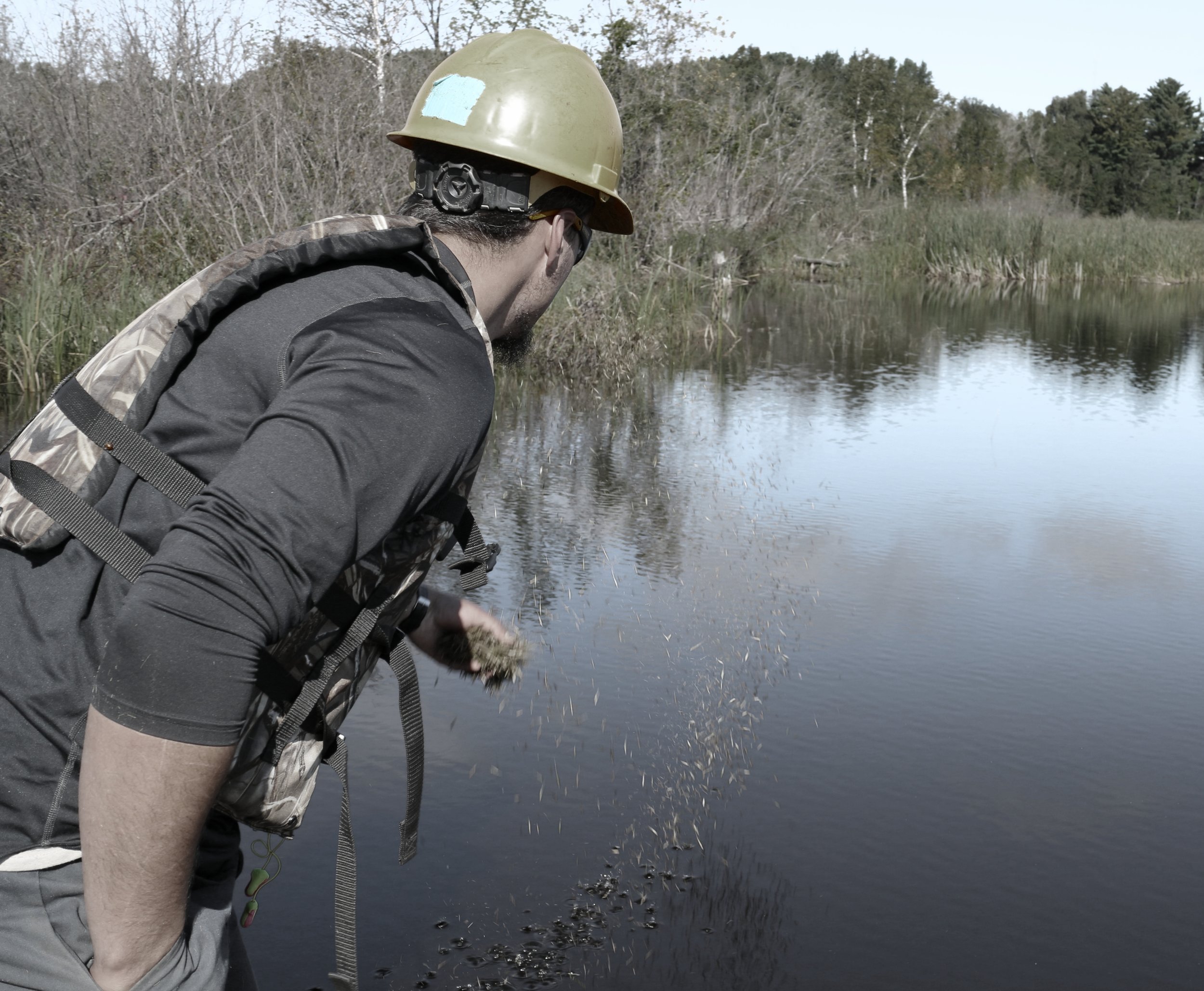 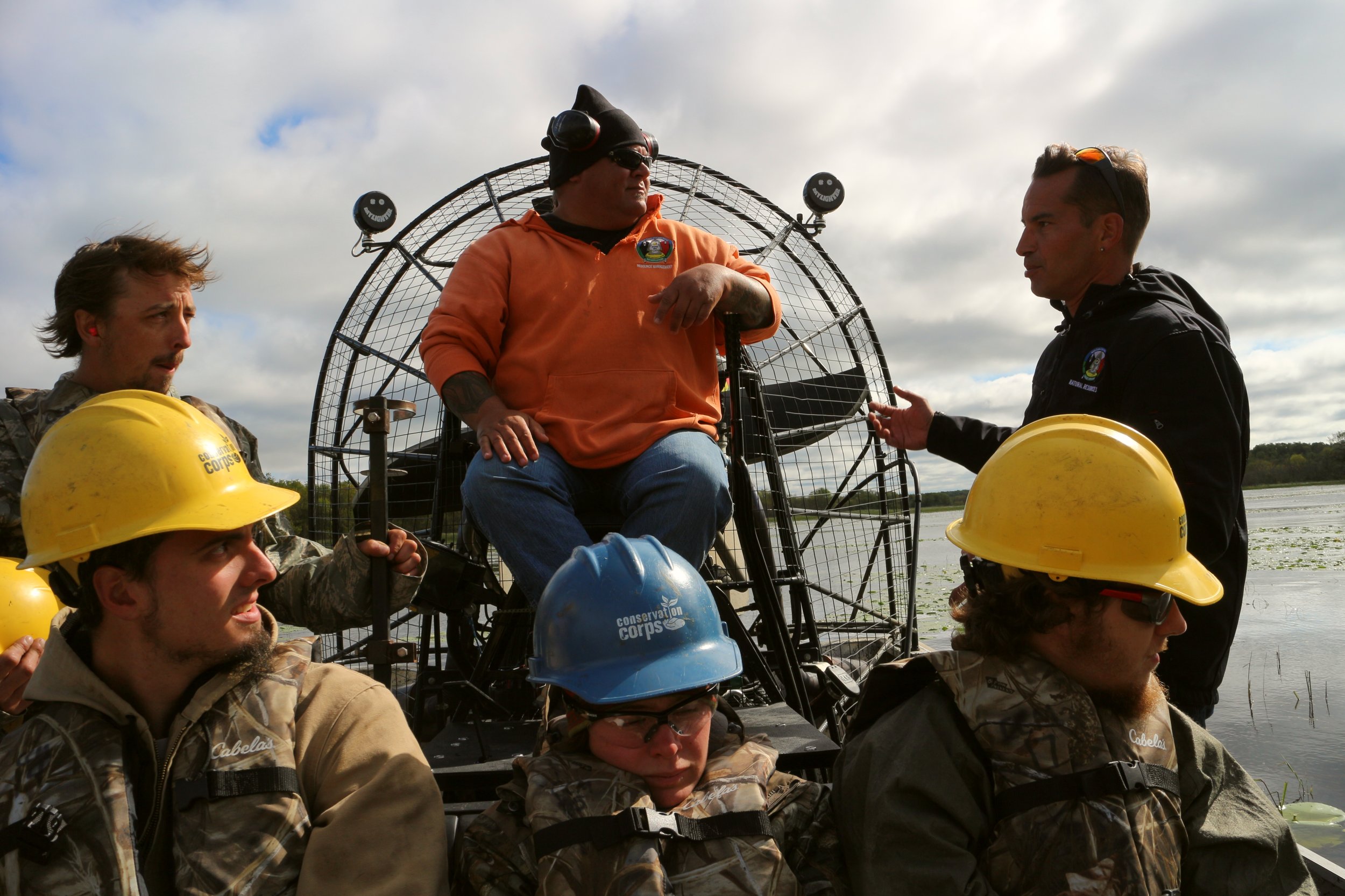 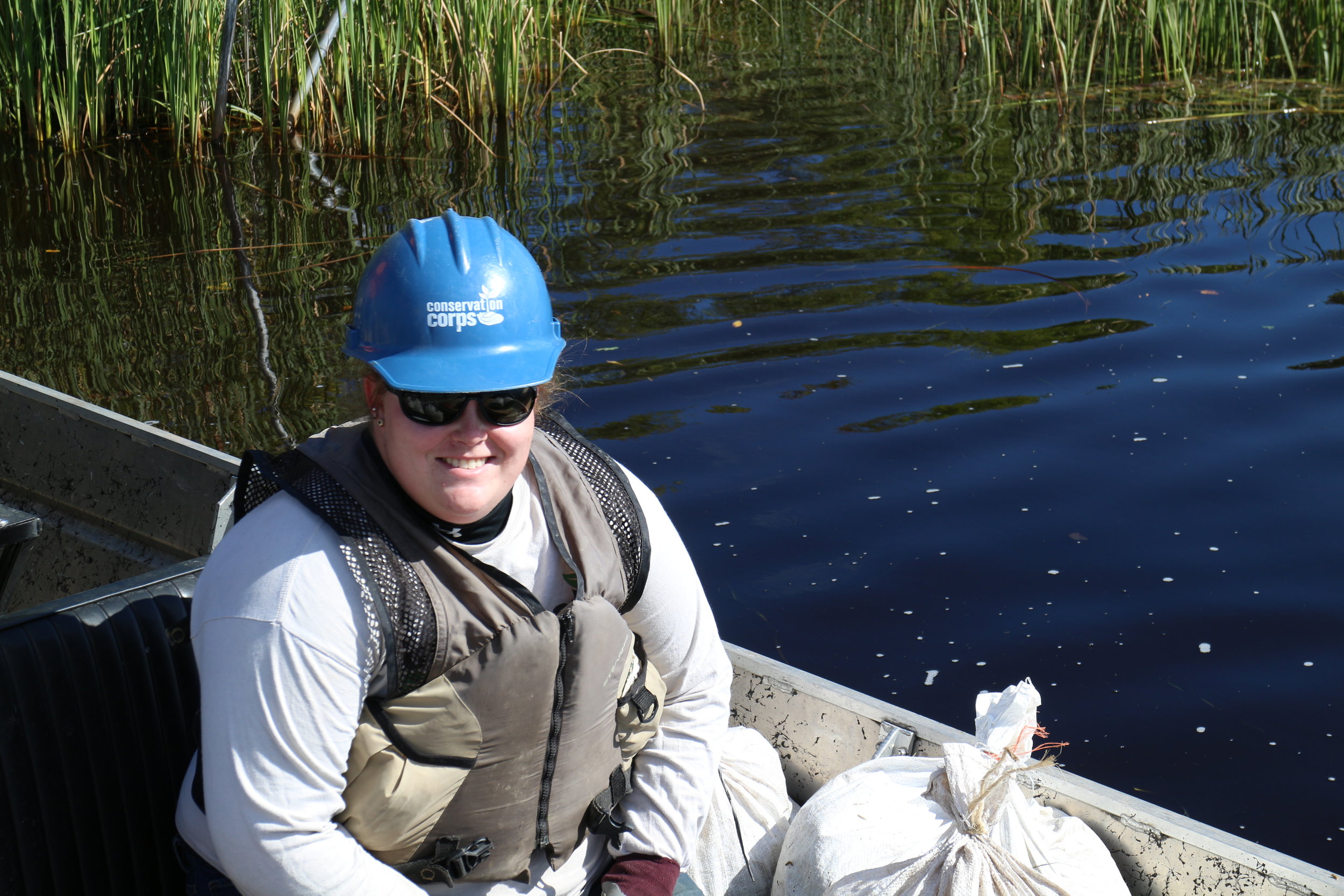 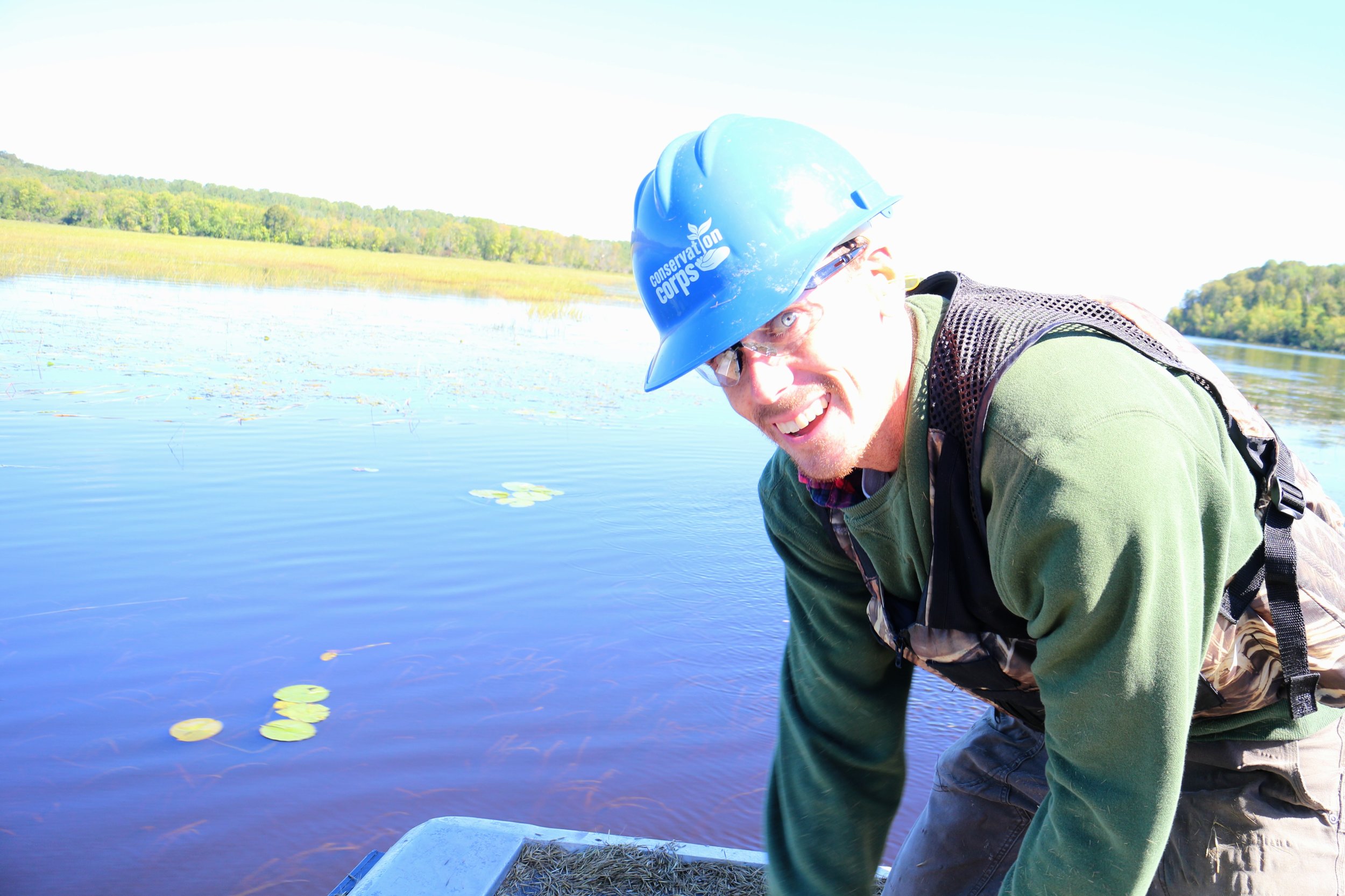 “What’re you guys working on out here?” A passerby asked as we loaded our truck.

“We’ve been planting wild rice…” I answered, but before I could say anything further, they replied: “It’s not going to work, wild rice doesn’t grow here.”

However, the contrary is true.  Wild rice has grown here, on the St. Louis River, long before seed was ever planted by air boat.  There stands a few wild rice plants in the bays that historically were full of the grain, and now work is being done to restore those bays.  The St. Louis River estuary used to be utilized greatly by the Fond du Lac Band of Lake Superior Chippewa, but has been significantly affected by human activity over the last few decades.  The largest contributor to the destruction of the wild rice in the estuary has been industrial development, and recovering from this has been a slow process, but it is recovering none the less.  When wild rice was thriving in the area, there was 2,000 to 3,000 acres, now the goal is to have 250 acres over the next five to ten years.

This past week, as the resource management team would secure wild rice seed to plant from other areas in Minnesota, we would be called to board the air boats and plant the seed.  The project was unique because the amount of people they needed and when they needed them depended on the amount of seed that was able to be purchased from those harvesting seed elsewhere.  There were three days spent with a compilation of nine members of the Conservation Corps including every member of our program staff, our field specialist, and the Moose Lake Crew.  Together we planted about 10,000 lbs. of Wild Rice, adding to the total 12,000 lbs. planted this year.  This was the second year of a three year planting plan.  The first year showed that plants came up in every bay that it was planted, however, the geese population ate a significant portion of the first year’s plants.  There are currently plans in the works to mitigate that problem.

Though the work of planting the seed was fun and unique, a highlight of the project was working with Tom Howes, the band’s natural resources director.  Tom spent his morning teaching us about the cultural value of the St. Louis River and the wild rice.  While giving us a tour of the work being done thus far, he explained the responsibility the band had to care for the river.  He grew up being told that the St. Louis River was a Mecca to his community, a place of abundance, and when the band returned rights to the river based on the 1854 treaty, they were able to utilize the river and take care of it.  They needed to take care of the river if they are to utilize it.  Since the band has been successfully reestablishing wild rice for over 20 years, and has a dedication to the estuary, they were the ones called upon to restore the wild rice.

More can be learned about the Wild Rice project from Minnesota Public Radio:

And this coming week CBS out of Duluth (KBJR6) will be covering the story as well.